I’m seeing some misinformation regarding the COT levels recently. Unfortunately some analysts find what they want to find in the COT reports to support their bias rather than what’s really there.

Another error is in only looking at the large contracts. Nowadays most of the volume is in the emini’s and has been for several years.

The volume in the emini’s during Quad Witching is at roughly the same level it’s been at for the last 7 years. So let’s ignore the theory that volume is low. It’s just not true. Volume is roughly the same as its always been. 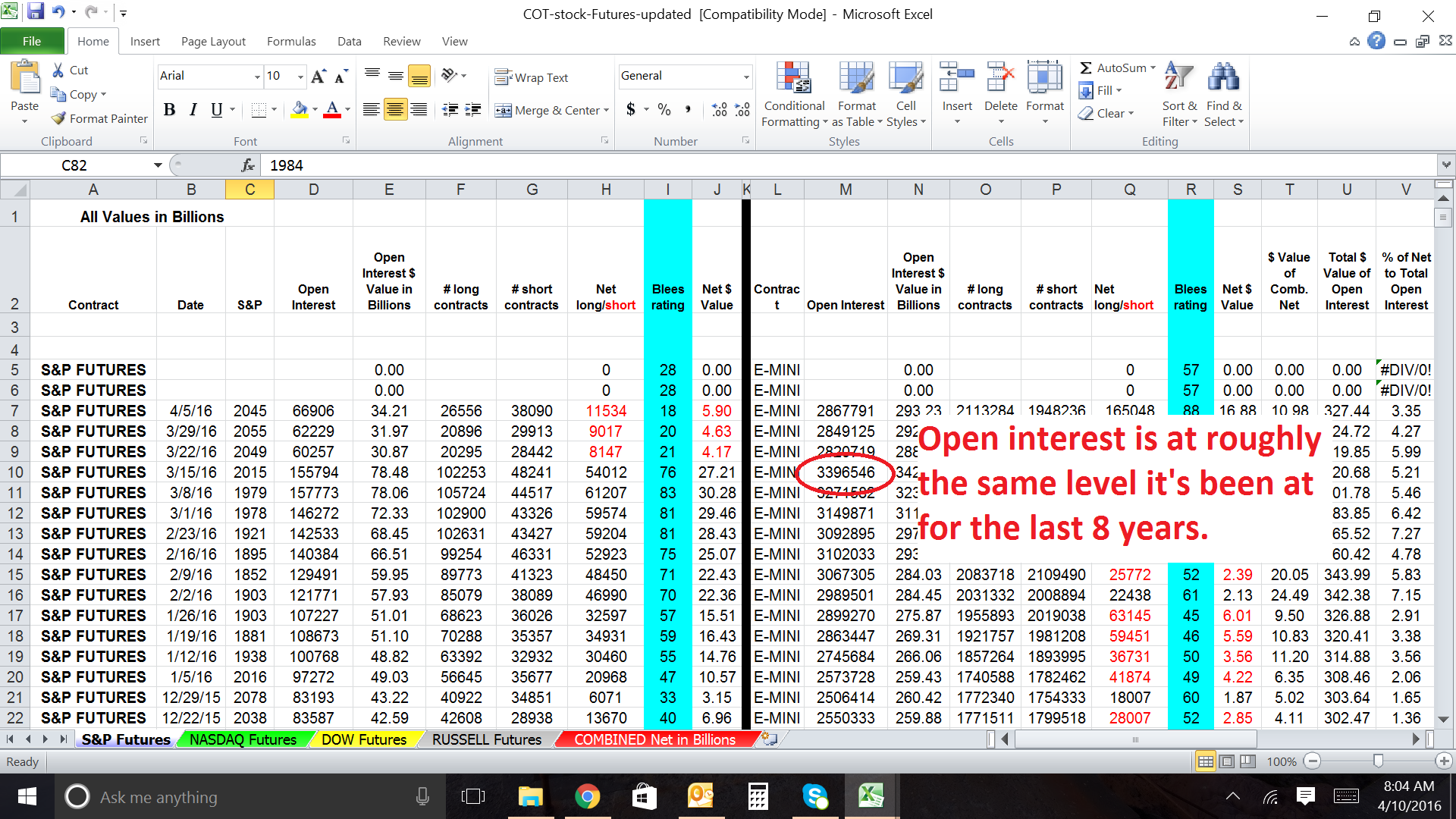 Next I want to look at the NDX contracts as they have been the most reliable for short term timing for several years. Generally speaking traders don’t need to get too nervous until the net commercial position reaches minus 7-9 billion. You can see in the next graph that at minus 2 billion we still have a ways to go yet before we want to start anticipating an intermediate top. 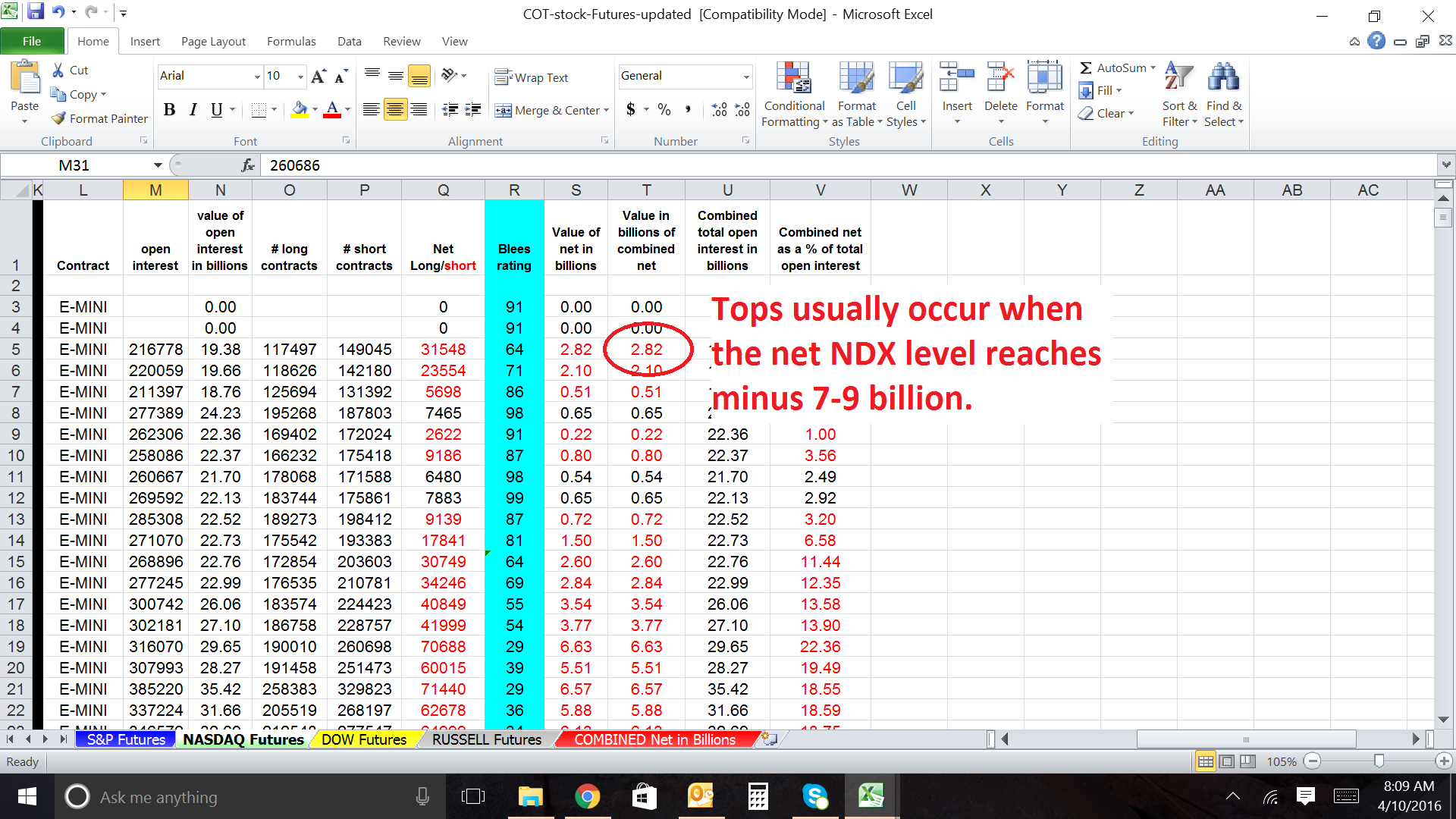 And finally a look at the combined contracts (Dow, SPX, NDX & Russell). The current level is still quite bullish at plus 14 billion. As a matter of fact never in history has an intermediate cycle topped with the commercial traders this bullish. So you probably aren’t going to be doing yourself any favors by following the perma bears call that the market is topping. Short term top… maybe. Intermediate top…very unlikely. 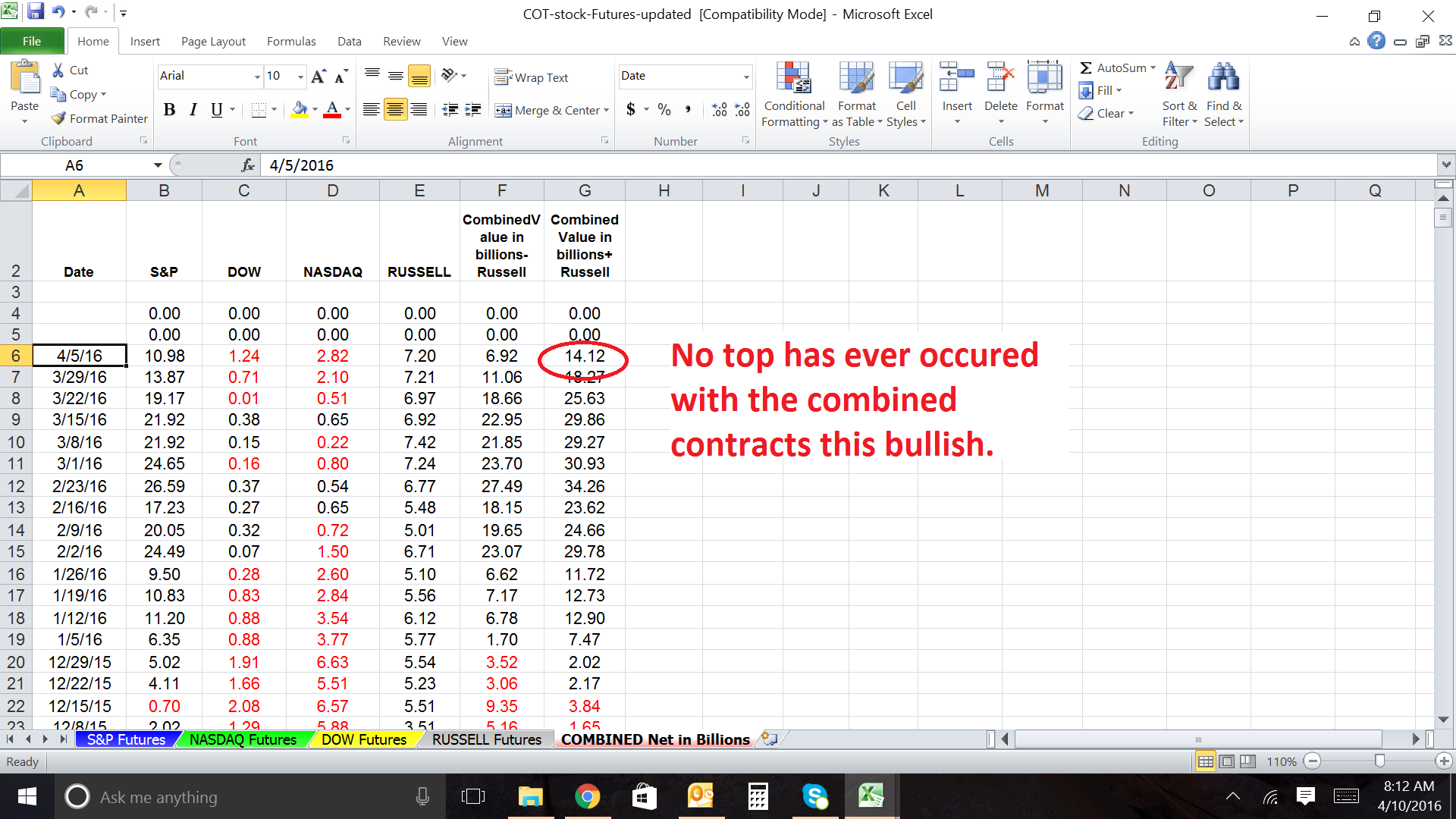 And finally the concept that complacency is at levels equivalent to the top in 2007 is just ludicrous. At the top in 2007 the ROBO ratio (a measure of call and put buying by the most clueless retail traders) was in the cellar at 34%. Retail traders were buying calls hand over fist.

The simple truth is that 2008-09 was a once in a lifetime shock to traders mentality. It has changed the way most people view the markets. For many people it has knocked them out of the market for the rest of their lives. The same massive reversal in investor sentiment occurred during the Great Depression.

Compare the ROBO ratio pre 2007 to what has occurred since and you can see that the retail traders have never recovered their former confidence in the stock market. Now compare the retail confidence at the top in 2007 to the recent top in 2015. Folks there is no comparison. Even after a 7 year bull market retail traders still haven’t been able to shake off the memory of 2009. 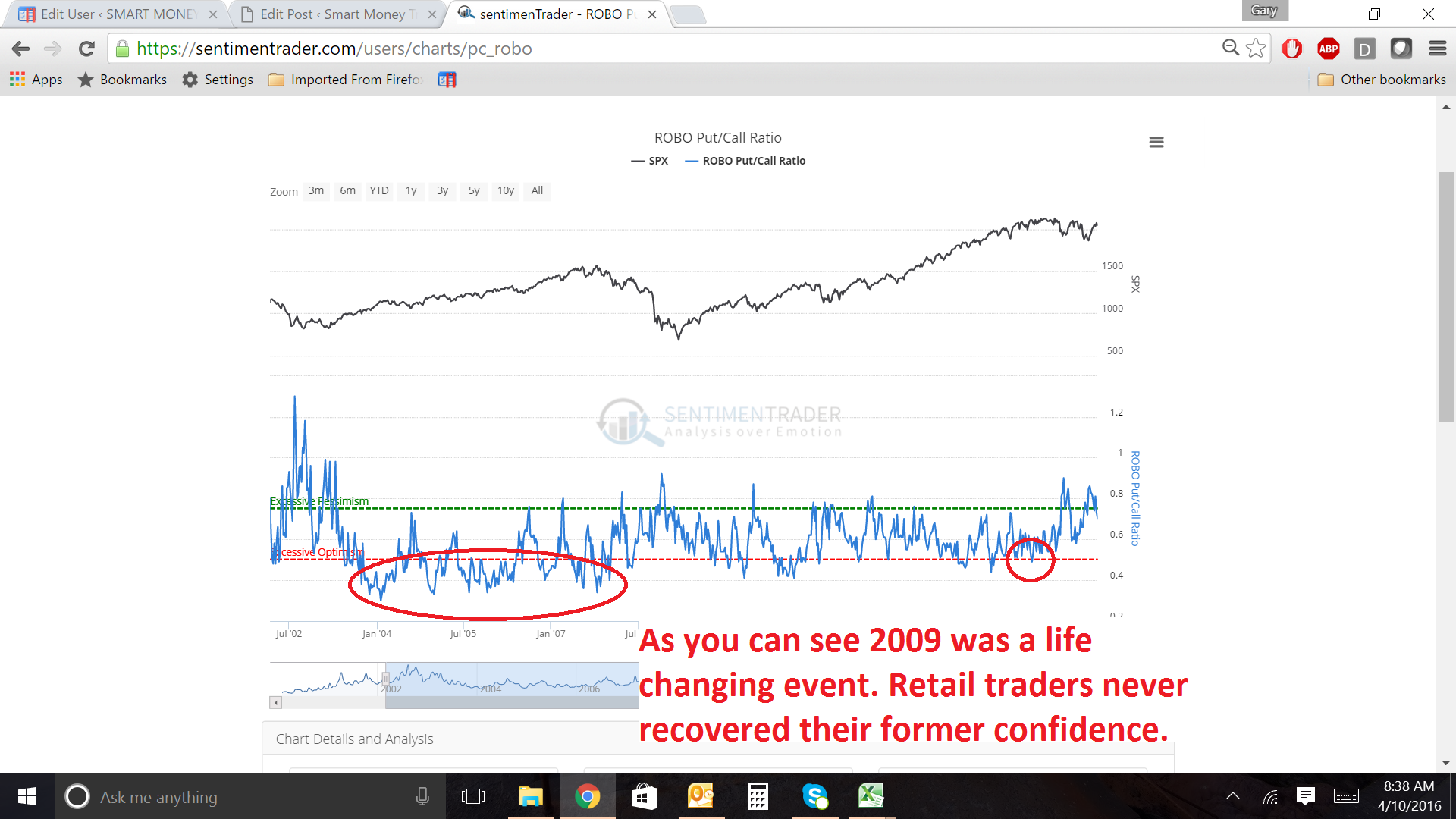 So it’s understandable that many analysts, with the memory of 2008 still fresh in their heads, continue to anticipate the next crash. They see what they want to see to confirm their bias. The simple fact is that 2009 was a once in a generation event. It’s not going to happen again, and especially not 7 years after the last one. Central banks learned they could print trillions of dollars and reflate markets. And as long as everyone was printing at the same time no one’s currency collapsed. The longer you live in the past, or pay attention to the analysts who do, the less likely you are to make money.

The risk isn’t that we are going to have another crash. The risk is that central banks will create another series of bubbles with global QE and negative interest rates.