Super bull Plunger is calling for a straight up move to 400 on the HUI with no pullback. That would be the most extreme baby bull rally in history. I think we are going to need some corrective moves along the way. We’ll see who is right. 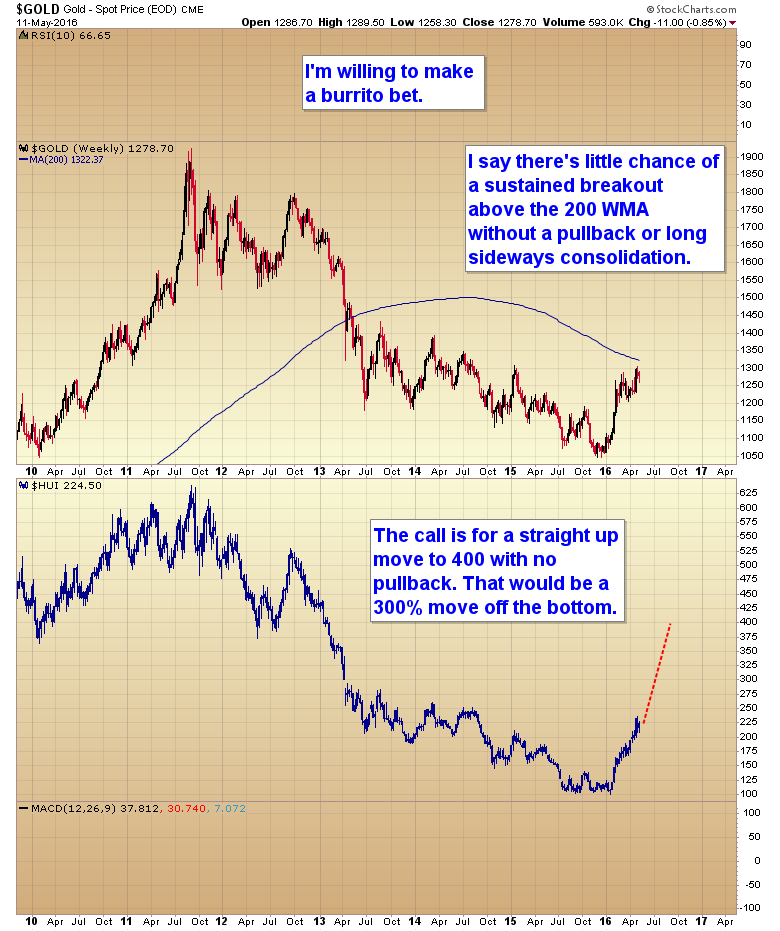