The first stage in a bear market begins with a severe drop below the 200 day moving average. This serves as the shot across the bow warning. Then there is usually at least one more attempt to recover the 200. When it fails the bear market starts in earnest. The dollar has dropped below the 200 this morning. 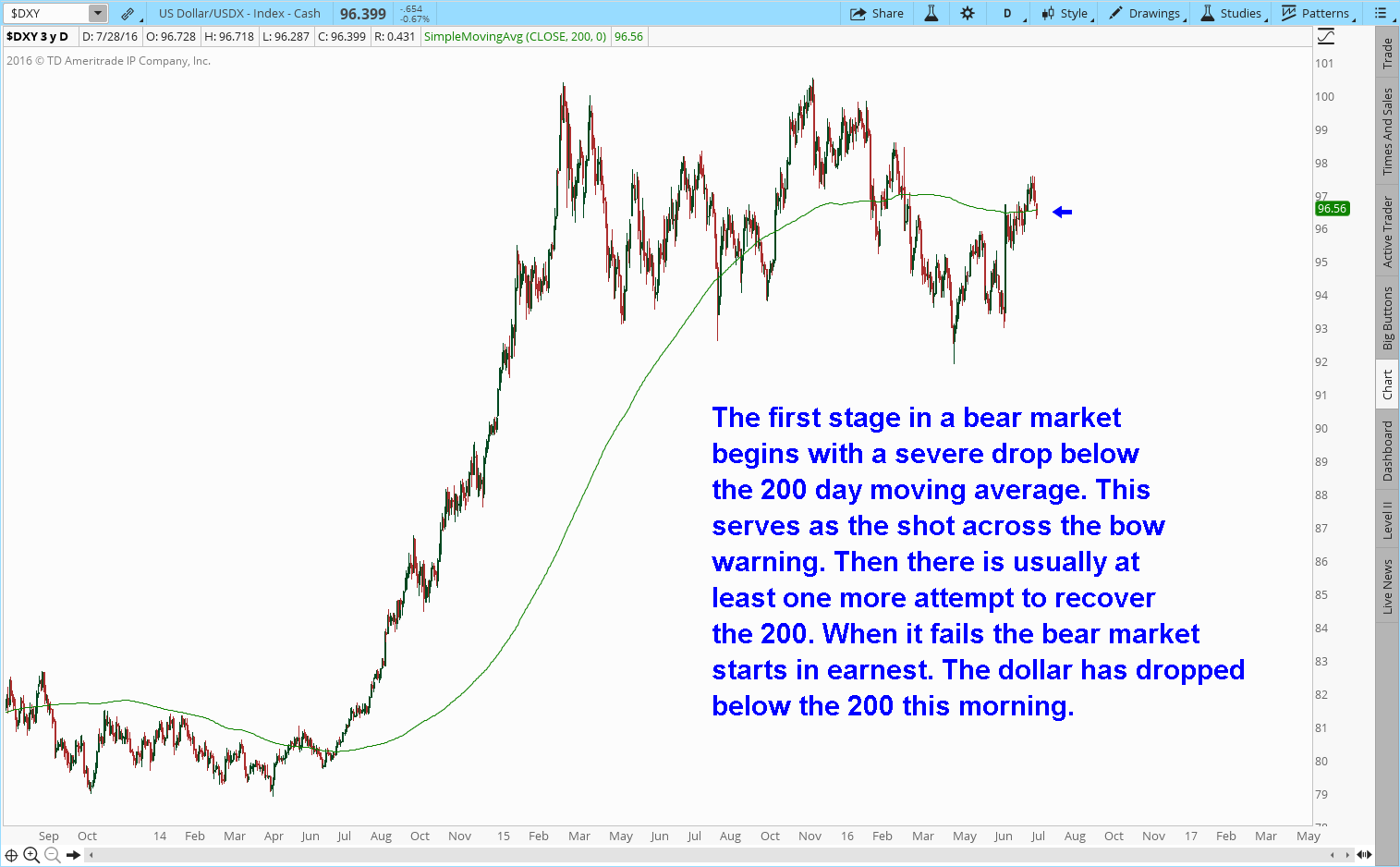 34 thoughts on “CHART OF THE DAY – DOLLAR BEAR MARKET”