I’m starting to see a lot of analysts now calling for gold to drop down into a bottom in October. It’s amazing how these guys can consistently get this wrong over and over again. Gold isn’t topping. Gold has been bouncing around in a range for the last 5 weeks giving the 200 day moving average time to catch up to price. Gold won’t top until the dollar cycle bottoms, and that intermediate cycle isn’t due to bottom until late September or early October.

Gold will be making a top in October, not a bottom. But it may have to churn in this range for the rest of August before the next leg up can begin. 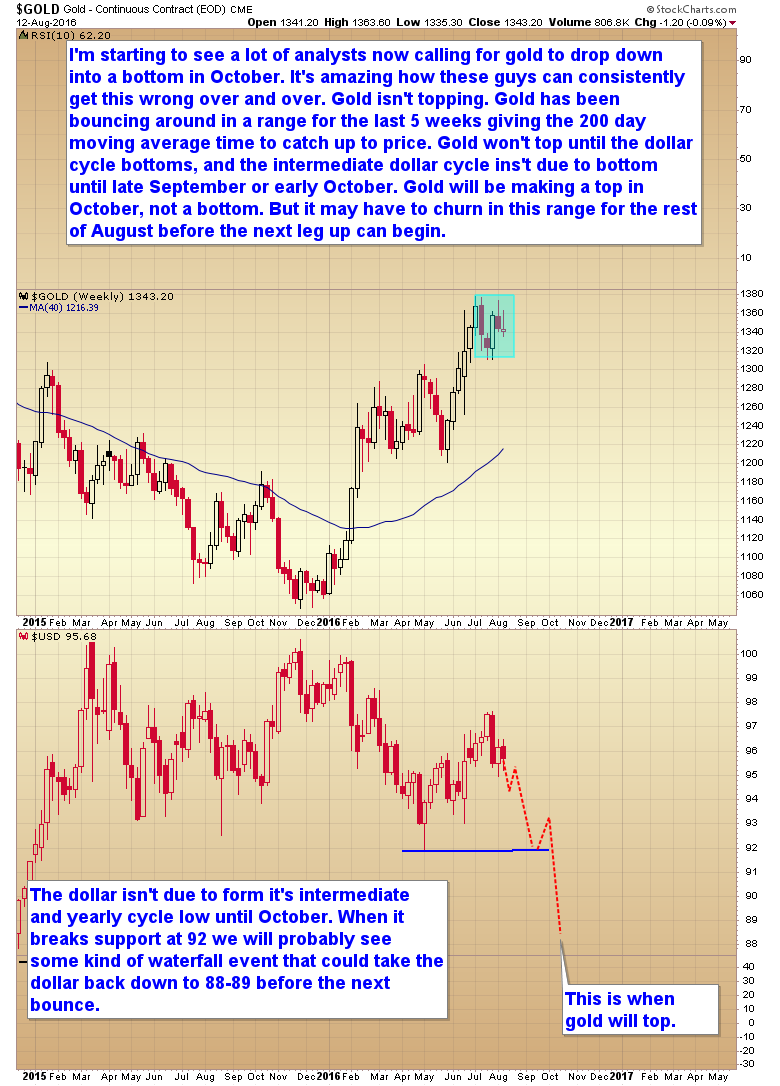 The dollar isn’t due to form it’s intermediate and yearly cycle low until October. When it breaks support at 92 we will probably see some kind of waterfall event that could take the dollar back down to 88-89 before the next bounce.
Like our new Facebook page to stay current on all things Smart Money Tracker

7 thoughts on “CHART OF THE DAY – GOLD IS NOT TOPPING”