Miners are in the process of breaking through the last resistance level. Once this is cleared they have an unimpeded shot to 380. 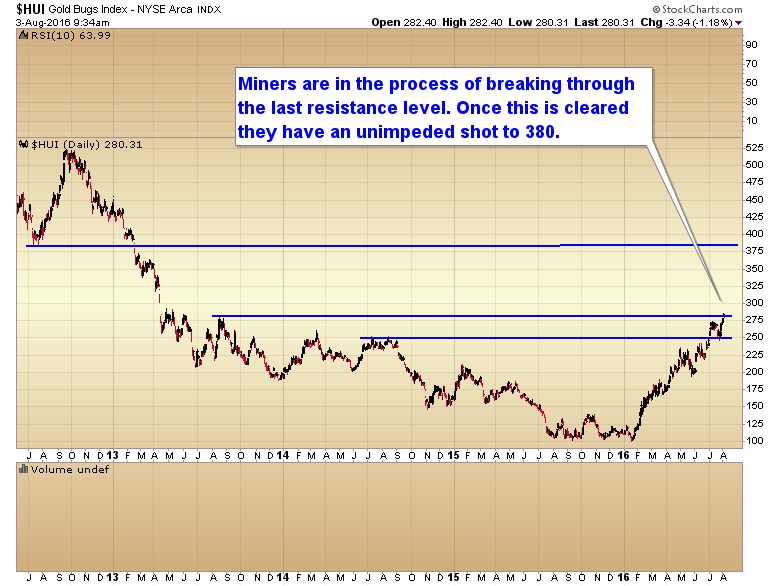