Human nature is nothing if not consistent. I’ve seen this dozens  of times. At every single intermediate cycle low traders begin to doubt. No matter how strong the bull signals are, when a correction occurs traders find, or make up reasons for why the bear market is still in force or a new bear market is starting.

Folks, bull markets have to have corrections. They don’t signal the end of the bull, they are just profit taking events when price gets stretched too far above the mean, or when sentiment becomes too bullish.

A couple of months ago I warned that the metals would need to either correct, or trade sideways for a while as the entire sector had just gotten too stretched above the 200 day moving average. Well as it turns out it did both. It churned sideways for 3 months and then corrected as well. 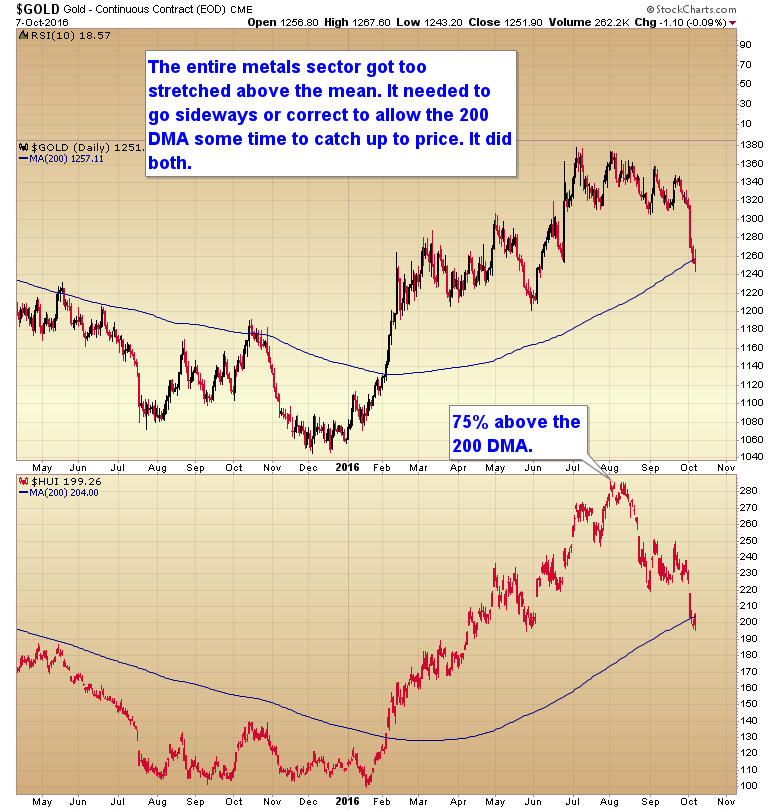 This isn’t the end of the rally though. The metals just needed a profit taking event to cleanse the sentiment after the baby bull rally. That rally delivered a 180% gain in mining stocks. Seriously, after a rally that big there had to be some kind of correction. Gold also rallied enough to test its bear market trend line. Not surprisingly it didn’t make it through that on the first try. On the long term chart you can see that gold is just backing off to catch it’s breath. Nothing unusual is happening. Once the correction is over then gold will make another run at that trend line, and this time it will break through. 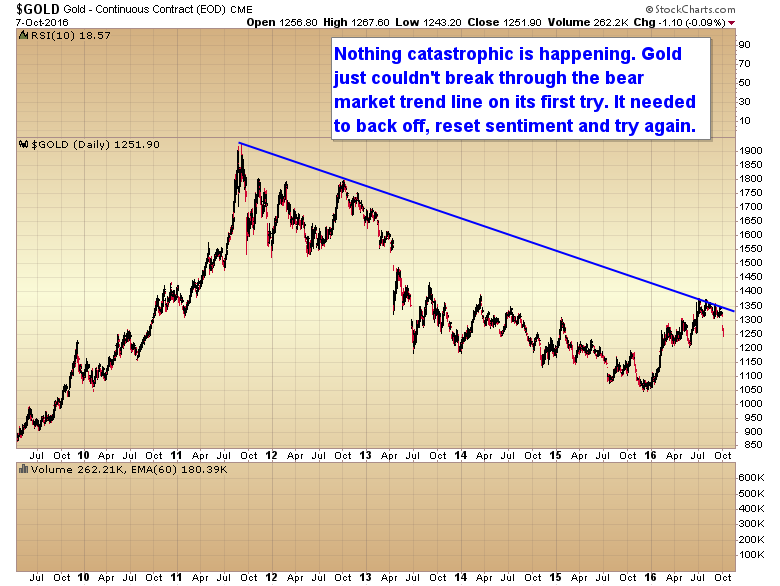 Now we are coming to the end of the correction. Sentiment has been reset. the 200 DMA has had a chance to catch up to price, and gold should be ready for the next leg up in this new bull market. As I’ve noted before the bloodbath phase of an intermediate degree correction usually lasts 4-7 days. Friday was day four. If the bottom didn’t form on the employment report Friday, then I’m going to say it will form by Wednesday of next week. 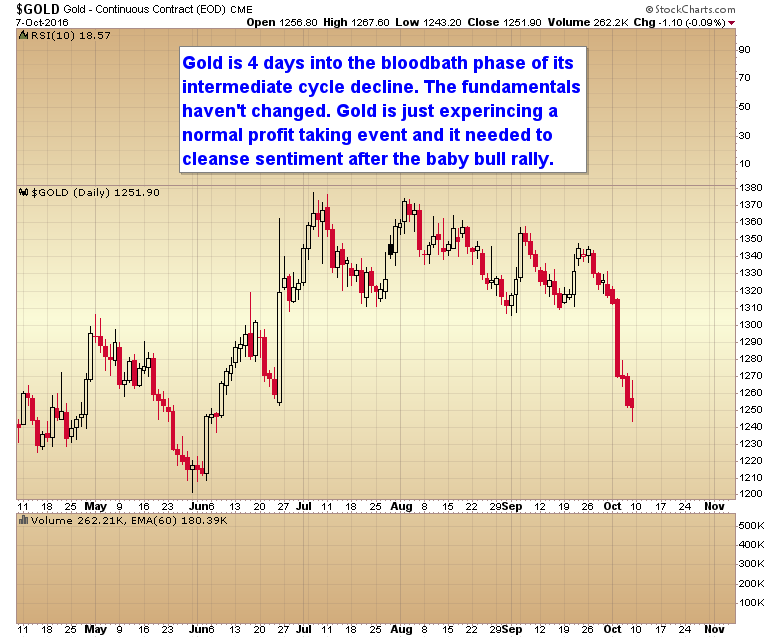 Once we have a confirmed bottom then gold will continue its A-wave advance. A-waves tend to be quite explosive and can test the previous C-wave top but don’t usually make new highs. I’m going to take a guess and say this A-wave will at least reach 1550 before topping and it may even come close to testing the all-time highs as the dollar is due for a 3 year cycle low next summer. 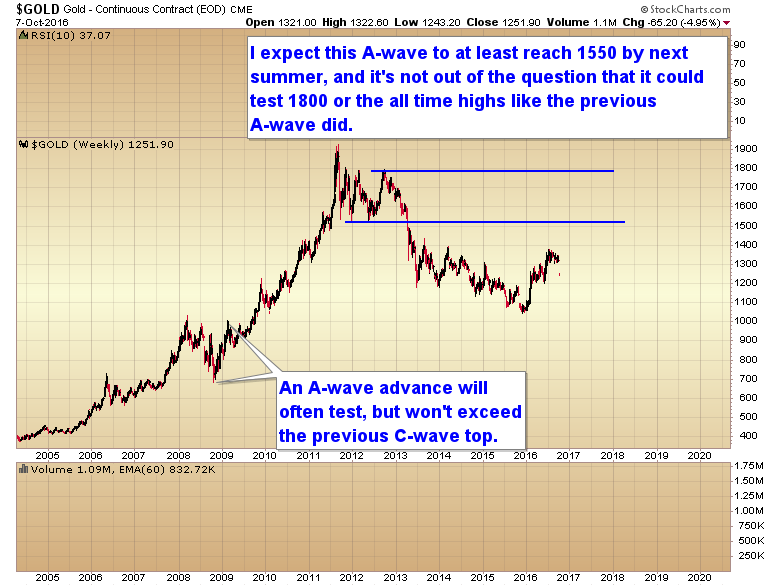 Don’t let the correction knock you out of your positions, or prevent you from buying the dip. This is a bull market, and bull markets naturally experience corrections.

I should also mention that this correction is the yearly cycle low. YCL’s tend to be the most vicious corrections of the year… but they also generate the most powerful rallies once they are over. The YCL in December last year generated a 180% rally in mining stocks…

19 thoughts on “BULL MARKETS HAVE CORRECTIONS”