The Euro daily cycle is now on Day 16. I’m guessing the euro will print a final yearly cycle low sometime this week. 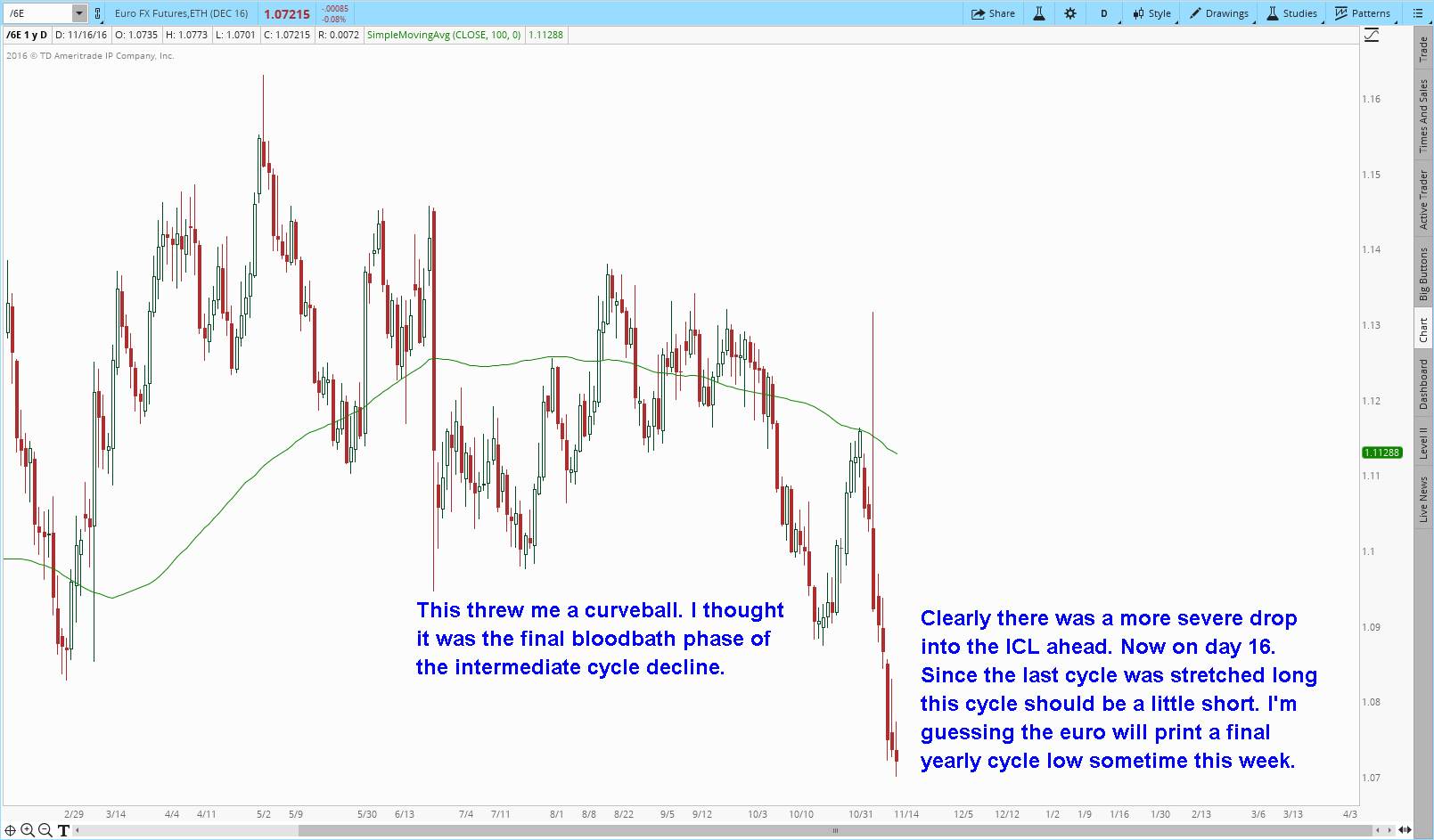 168 thoughts on “CHART OF THE DAY – EURO YEARLY CYCLE LOW”