NUGT and XAU
We’ve had capitulation level volume these past two days. Now we need to see an up day on huge volume as the sign of a possible bottom. 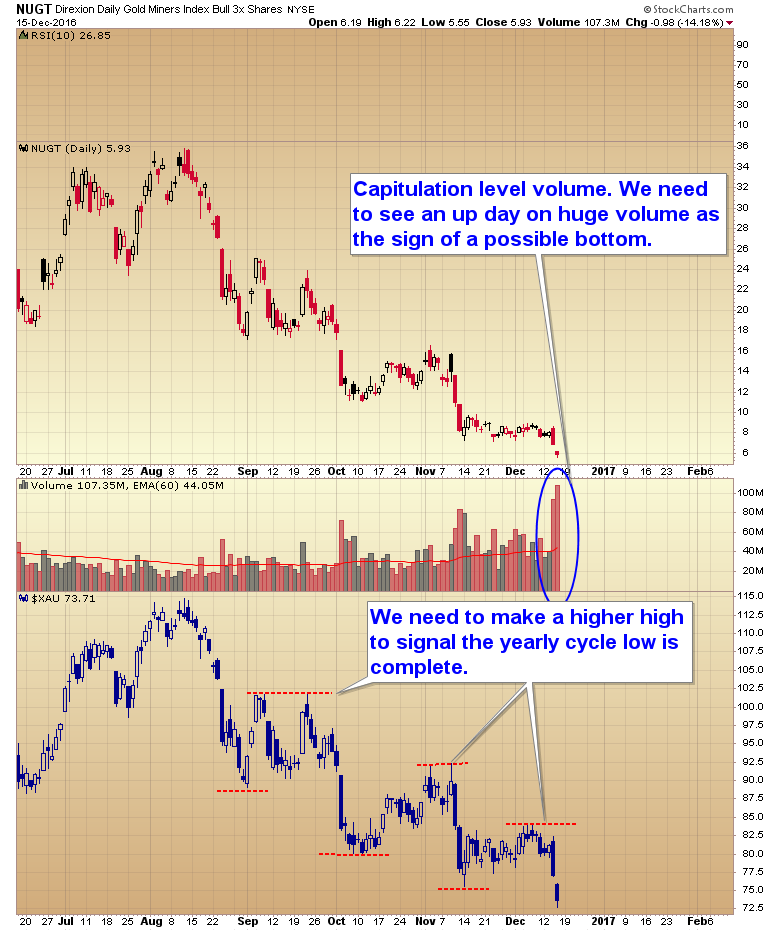