The 10 Year Note is threatening to break below its last 3 year cycle low despite the cycle being right translated. Trump’s first test in office may be dealing with a bursting bond bubble. 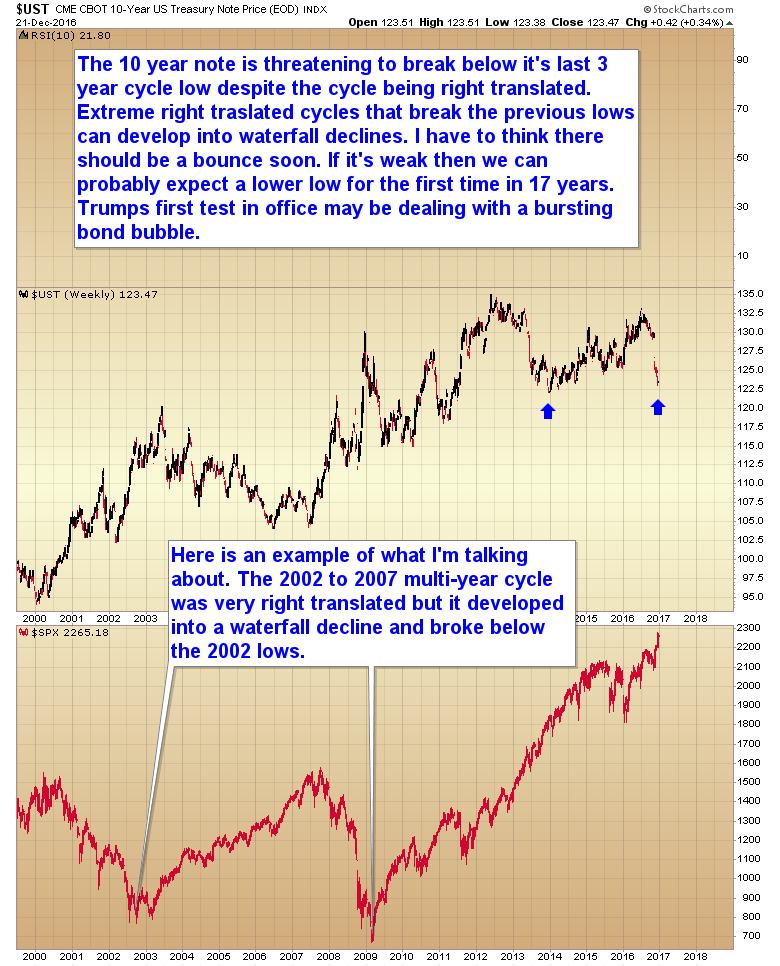