Other than 2013 during a period of massive QE stimulus every yearly cycle low in the stock market has at least retraced back to the 75 week moving average. 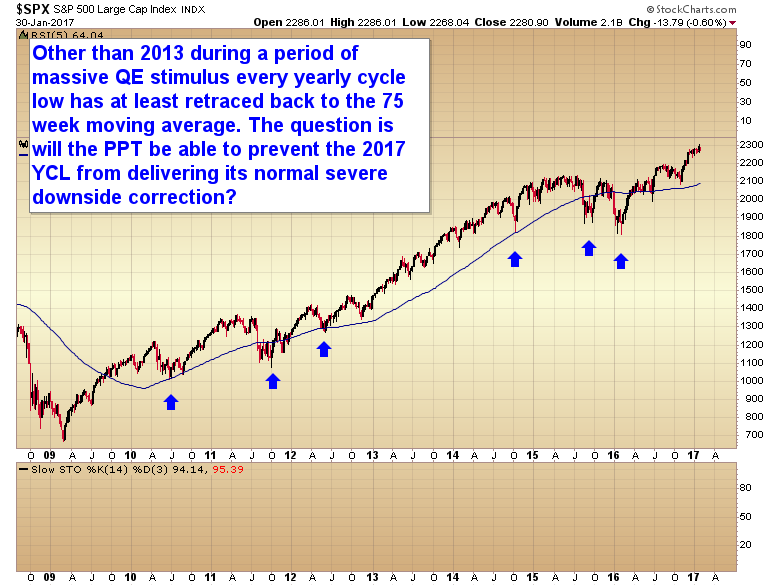