The timing band for the next yearly cycle low in the S&P 500 is sometime between mid February and late March. 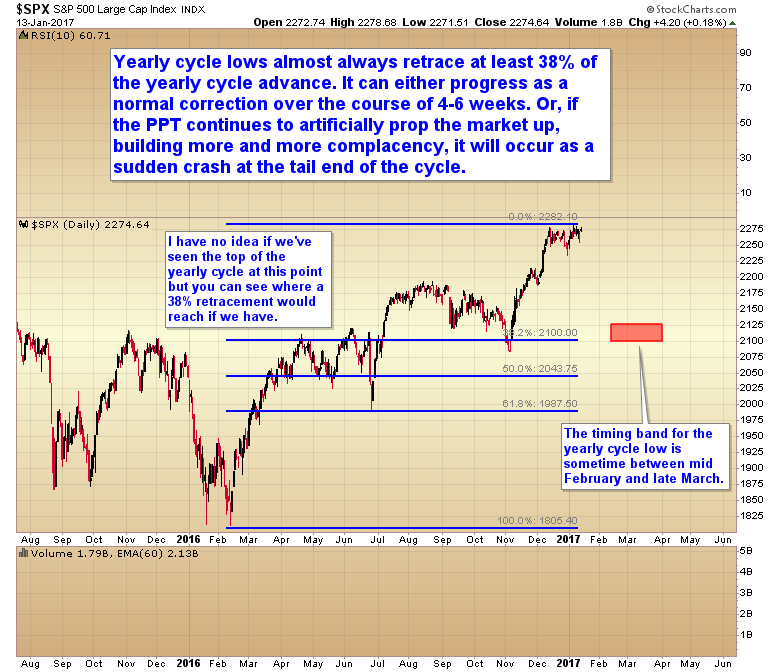