Chart of the Day – GLD

During the advancing phase price tends to stay overbought  for long periods of time and bounce quickly from oversold levels. 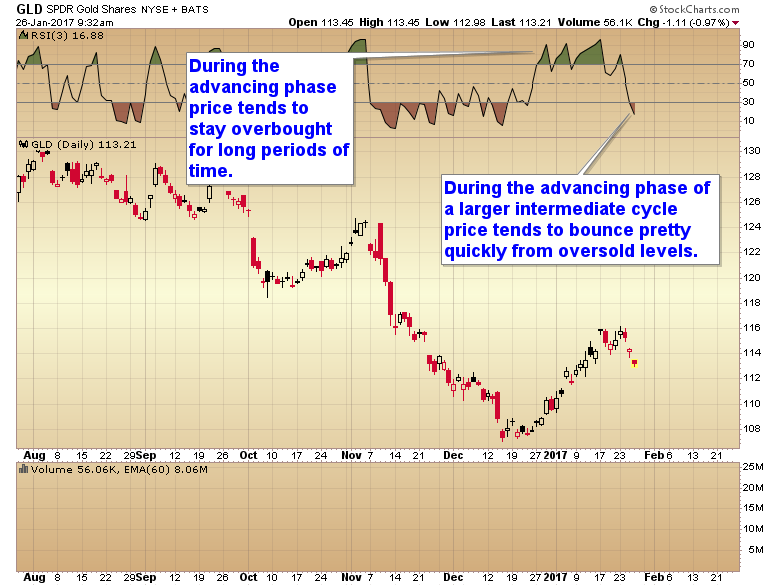