Do Miners Need to Lead the Metals?
It’s a common misconception that miners always lead the metals sector. As you can see in this chart the miners often produce false signals. 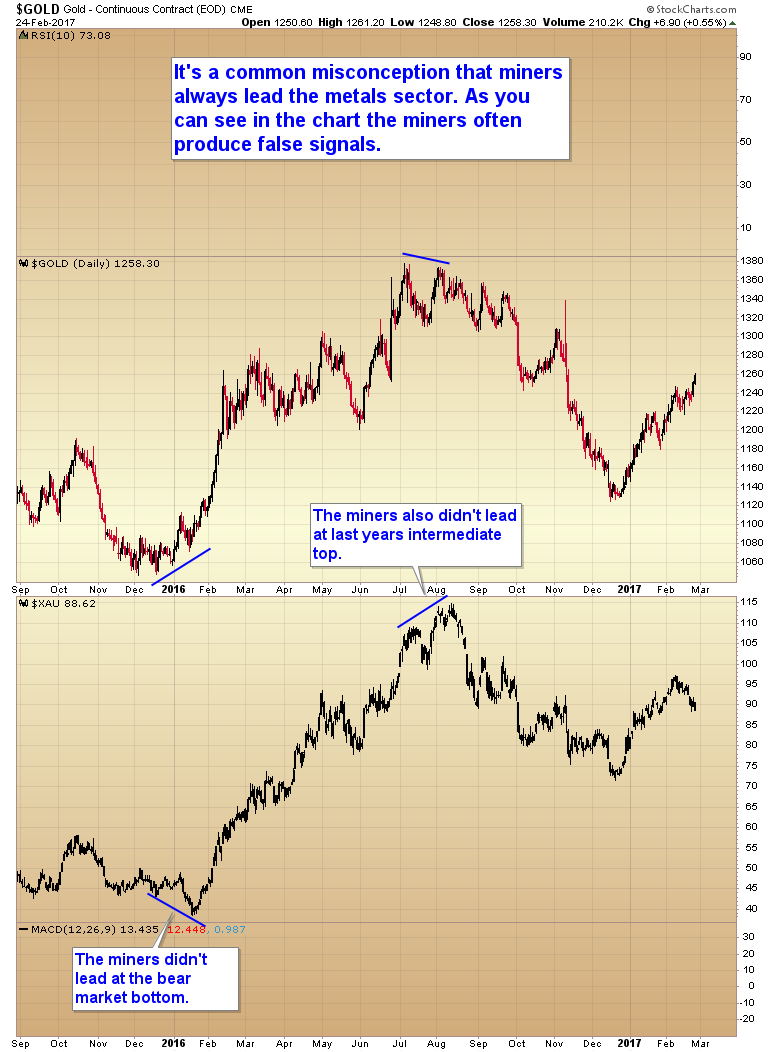 37 thoughts on “CHART OF THE DAY – MINERS NEED TO LEAD THE METALS?”