I’m going to go over the ramifications for gold and stocks in the weekend report. One or the other should produce the DCL in gold, and possibly a top and maybe deeper correction in the stock market.
Like our new Facebook page to stay current on all things Smart Money Tracker

GLD really hasn’t started to breakdown yet. The 10 day moving average is just starting to roll over. The gap around 116 (GLD) is likely to fill before this cycle bottoms. 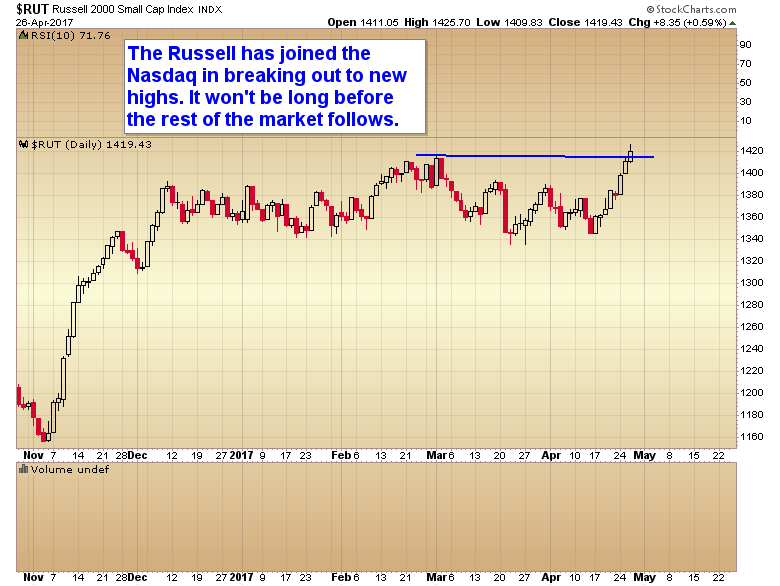 Over the last several years one of the most consistent trades has been to get long stocks ahead of an FOMC meeting. Let’s face it, it just makes the Fed’s decision making process a hell of a lot easier if stocks are rising, and at, or near all time highs.

With Trump unveiling his tax cut package next week I expect the market will be ready for a bounce either naturally, or maybe with a little help from the PPT. So I expect we’re going to be testing the all time highs by May 3rd.

After that we probably have a deeper correction in store by the end of May. So far this correction has lasted long enough, but it hasn’t dropped far enough in my opinion to qualify as a completed intermediate cycle low just yet. 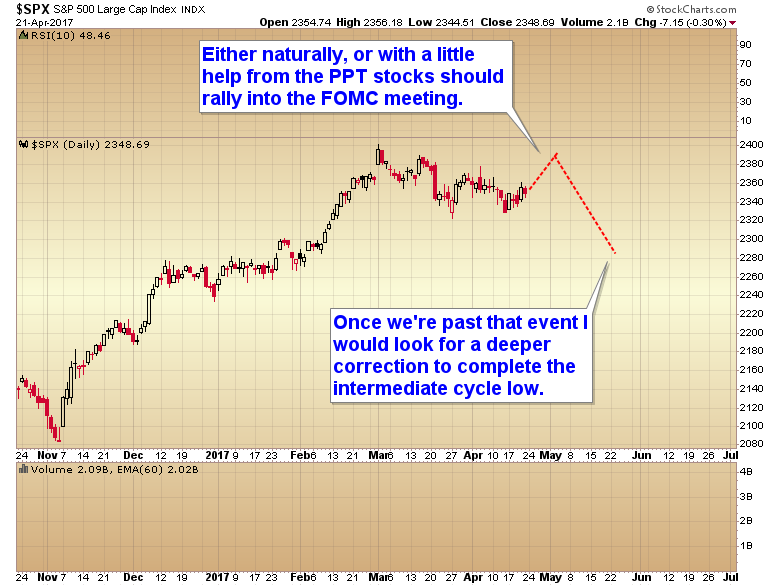 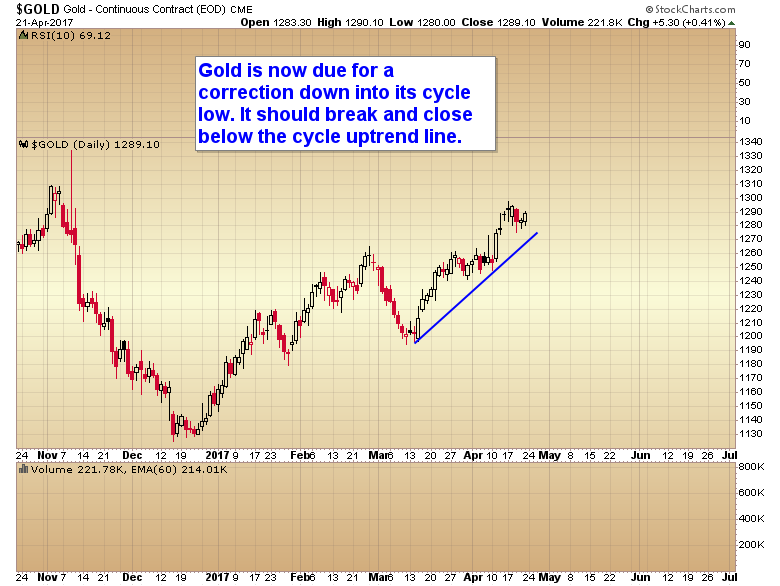 I’m going to cover in detail what I expect from both metals and stocks once these counter trend moves are complete in the weekend report.
Like our new Facebook page to stay current on all things Smart Money Tracker

When a resistance zone gets tested multiple times it usually breaks. It shouldn’t be long before the Nasdaq breaks through this resistance. After it does it will pull the rest of the market up with it. 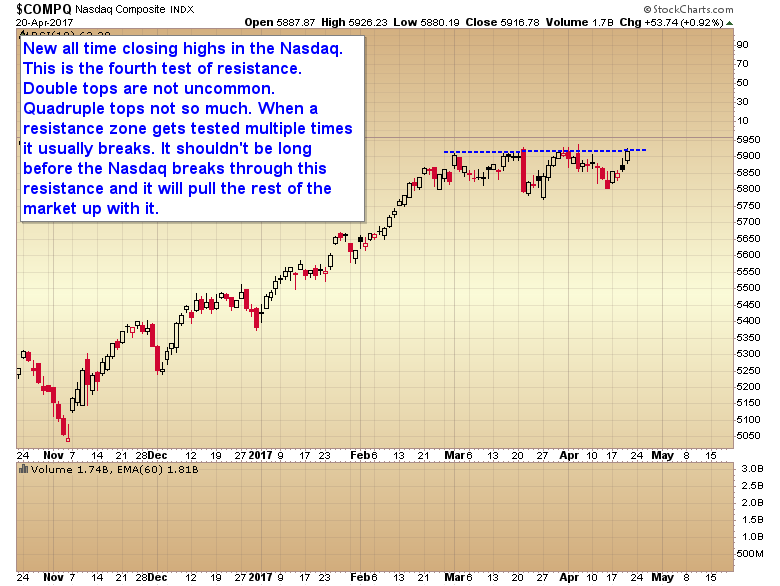