The Advance/Decline line is diverging from the market. Odds strongly favor that the market will soon push higher to new all-time highs. 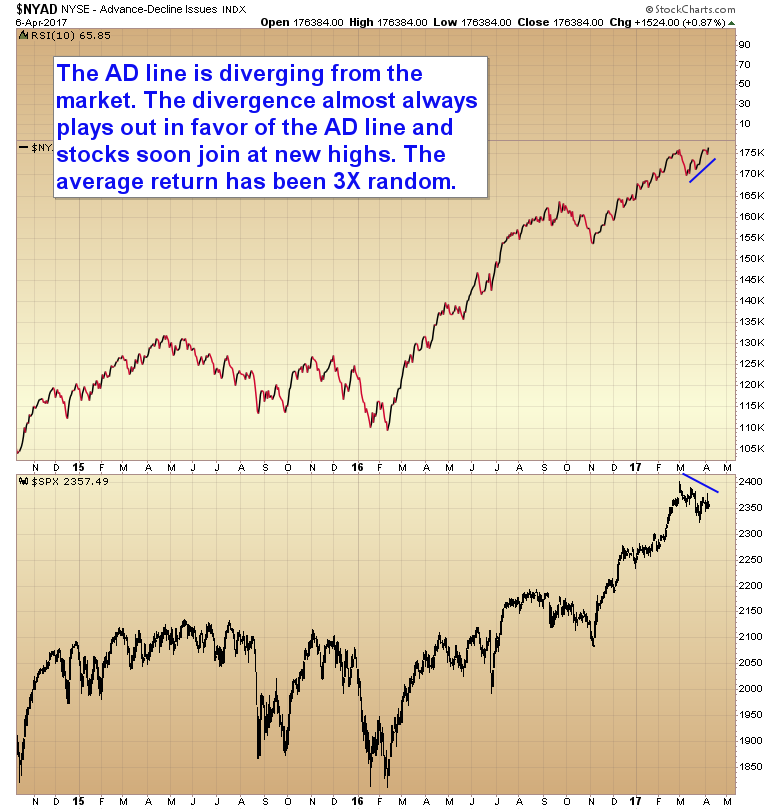 170 thoughts on “CHART OF THE DAY – ADVANCE/DECLINE LINE”