The S&P 500 is in the process of forming a weekly swing low. 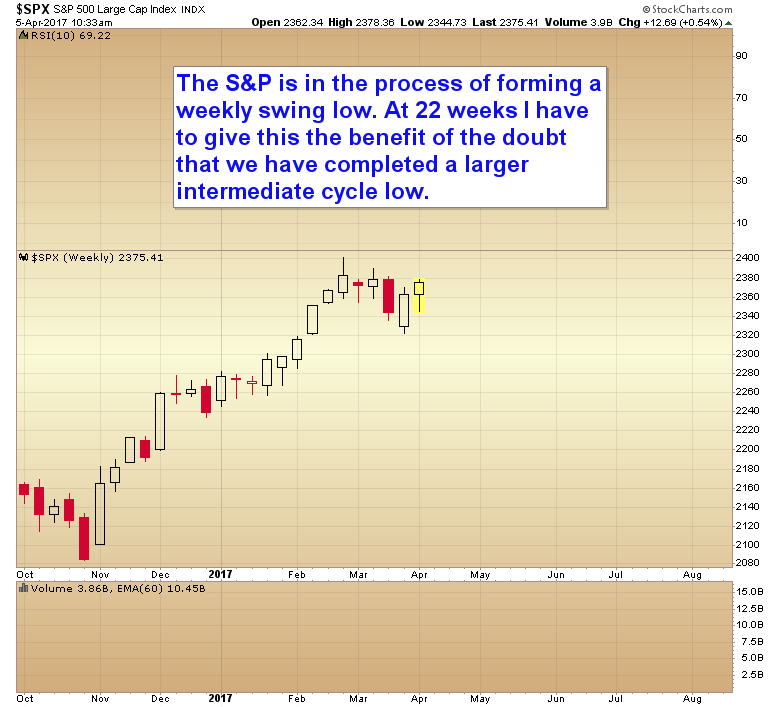