Back on June 6th I said one could buy now and even if that wasn’t the exact bottom it wouldn’t matter you would still make a lot of money by the time the weekly oscillators cycle back up to overbought. Well gold is only on day 1 of a new intermediate cycle. As I’ve shown intermediate cycles rally an average of 8 1/2 weeks and between 10-15%. Anyone who held their position since June 6 in miners is already making money and we should still have at least a couple months to go yet.

So far all I’ve received are two emails again calling me a fraud. I’m not sure how that can possibly be as I’ve just shown positions are already green (and we have weeks yet before the oscillators cycle back to overbought).

These people truly are scumbags. They don’t even have the honor to admit they were flat out wrong. Like I said, dumb money has to consistently lose for the 10% of us who actually make money to have a source of profits. In the 12 years I’ve been here calling these major bottoms these people have never once been able to take a contrarian trade. They trade with their emotions instead of their brains.

While smart money buys low and sells high. 90% of you do the exact opposite even though you know better. Dumb money. 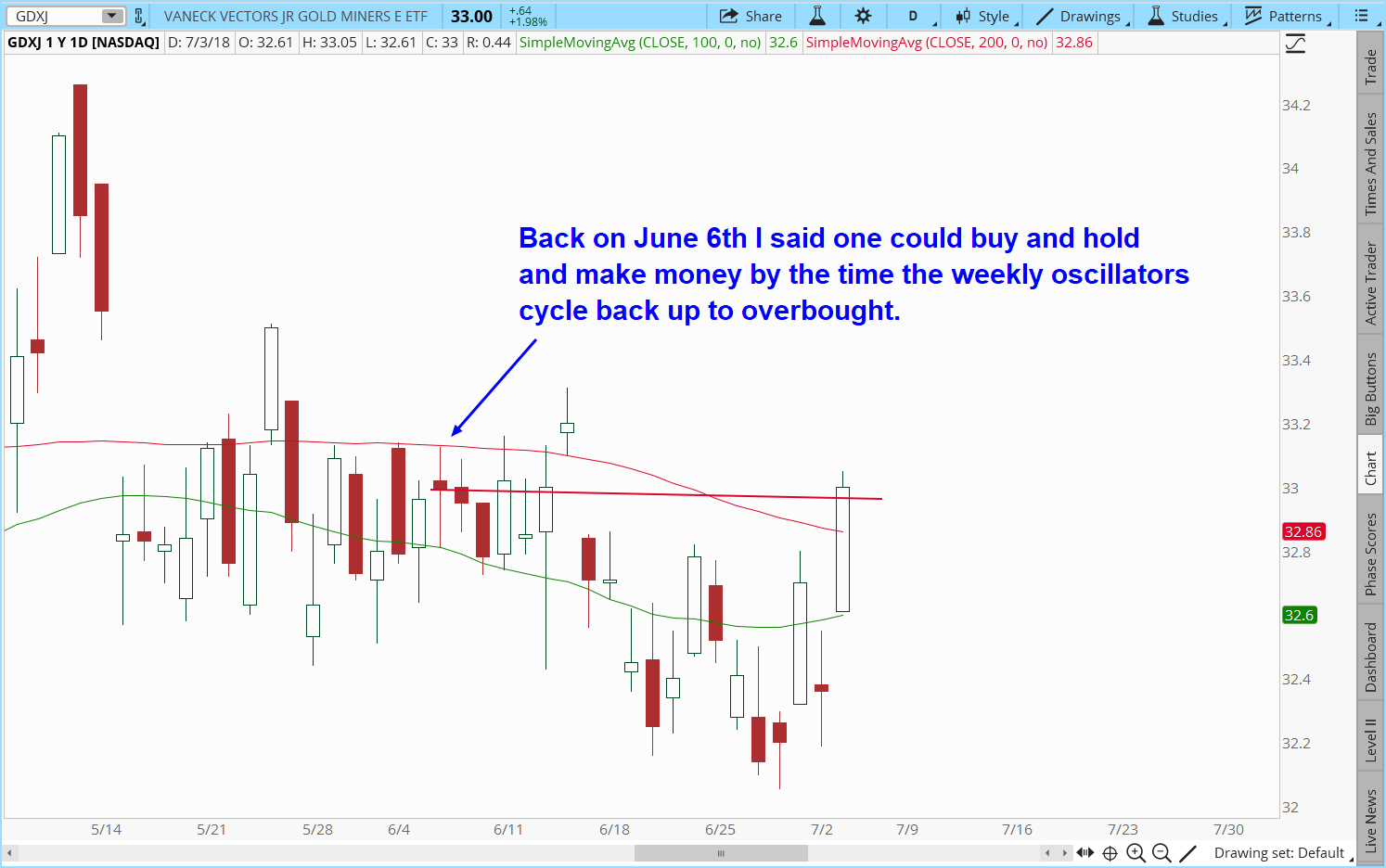