LOL the dumb money is now losing their minds and pulling their hair out. Gold isn’t doing what they want it to do so in their mind that means the trend can never reverse. Gold will go down forever. In fact gold has just completed the triangle that I noted previously and is bouncing off the trendline. The TSI is turning up from severely oversold conditions. The rubber band has gotten stretched very far to the downside. Dumb money can’t see it because they trade emotionally and contrarian trades are impossible for them, but this correction has built up a tremendous amount of fuel. This is the kind of correction that can produce a breakout from the triangle basing pattern and most triangles break on the flat side.

The first step is to close positive today. The next would be to form a swing on Thursday. 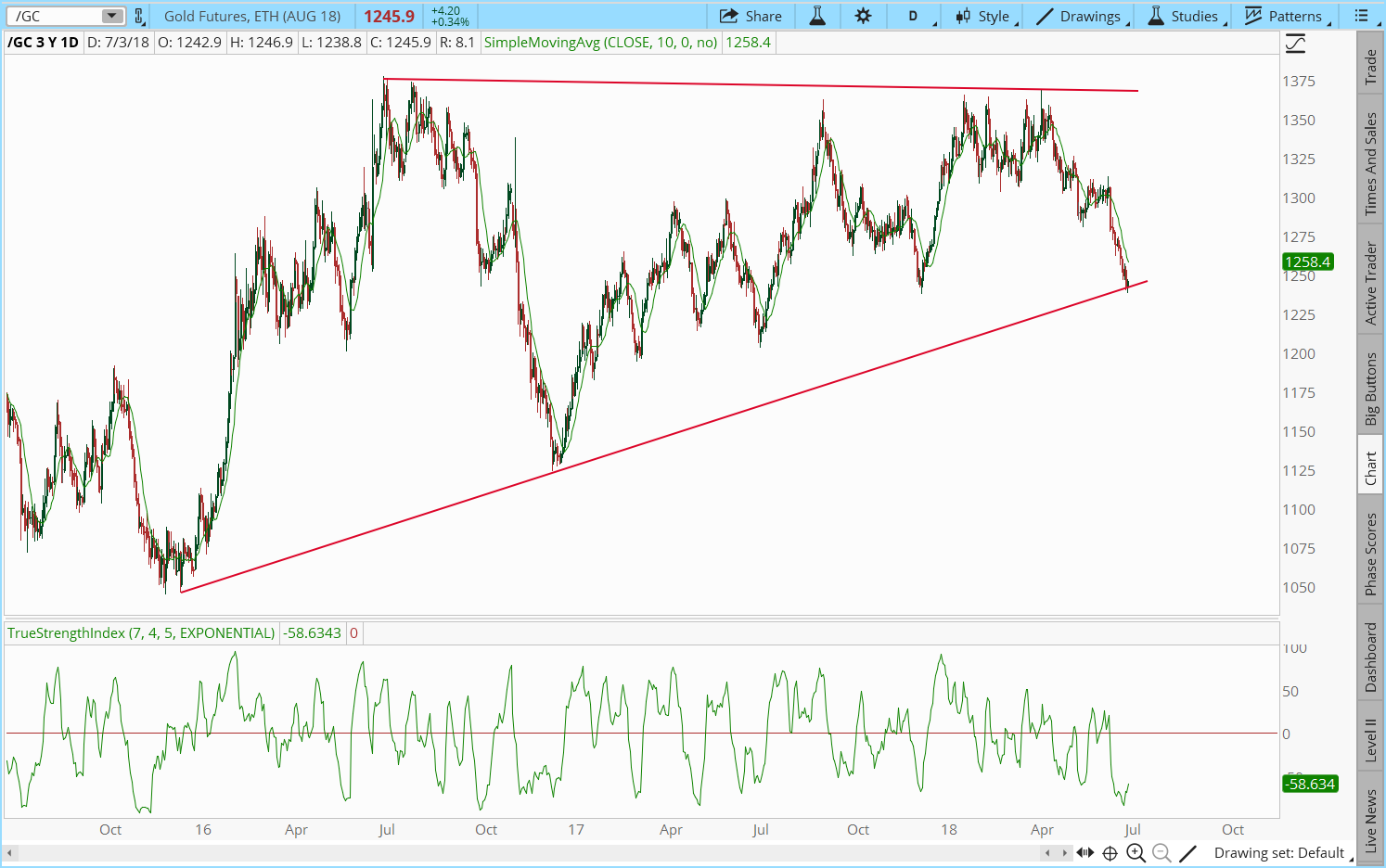 Also note that the miners are not following gold to new lows.

I’m pretty sure the banksters fleeced these emotional traders out of their shares and oz. yesterday.

I wonder if any of the fleas that sent me emails will have the balls to email me back and admit they were wrong in the weeks ahead.

I won’t hold my breath.