During the formation of a coil the market builds more and more energy as price gets trapped in a narrow range. Once the coil breaks, either up or down, that energy triggers a violent move. What most people don’t know is that the majority of the time the initial move out of a coil is a false move. The pent up energy is used up very quickly, then the asset turns and you get a much stronger and more durable move in the opposite direction.

We have a coil in progress on the monthly charts. The initial break has been to the down side. Everyone now believes short metals is a no lose trade. This is the classic setup for the coil to reverse and start a powerful move back in the opposite direction.

September should be the key month. If GDX reverses the August losses and recovers at least back to $21 before the month is out then we will be looking at a coil reversal, and we can expect the baby bull highs to be recovered and exceeded in the months ahead. 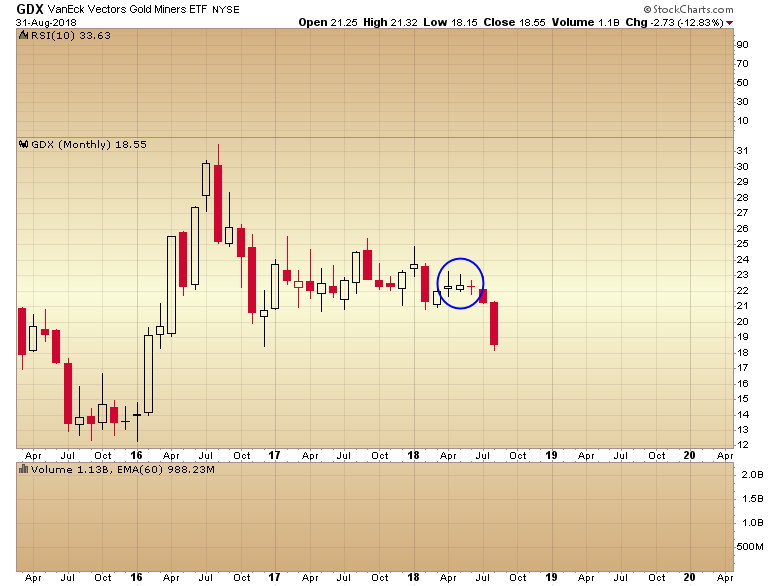