Listen to what gold is saying. It’s not deflation that we have to worry about. We’re about to enter a multi year period of rising inflation. Seriously did you think years of QE weren’t going to have consequences at some point?

First off let’s look at the stock market.

Did we not learn anything from the last two bear markets? Central banks don’t just stand on the sidelines and watch quietly as everything comes crashing down. They fight back. That means tops in our modern markets form as megaphone patterns. The last top in 2007 was a megaphone pattern as Bernanke slashed rates and printed money in the attempt to prevent the real estate market and economy from unraveling. Ultimately it failed and resulted in an inflationary storm that just intensified the recession. 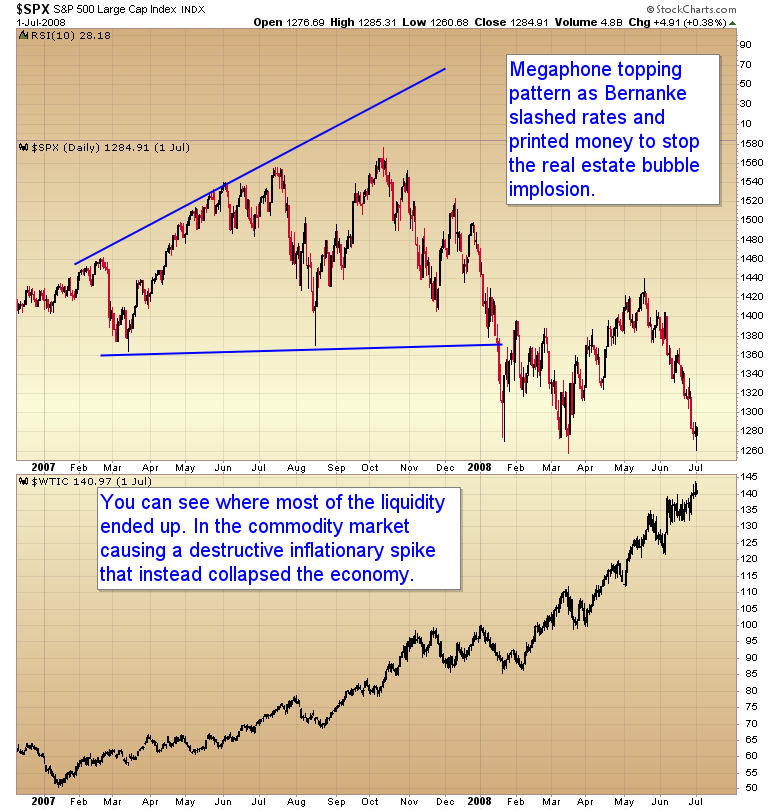 The same pattern is beginning again in 2018. The megaphone top has begun. Now we just need to test the lower zone of the pattern and panic central banks back into reflation mode. 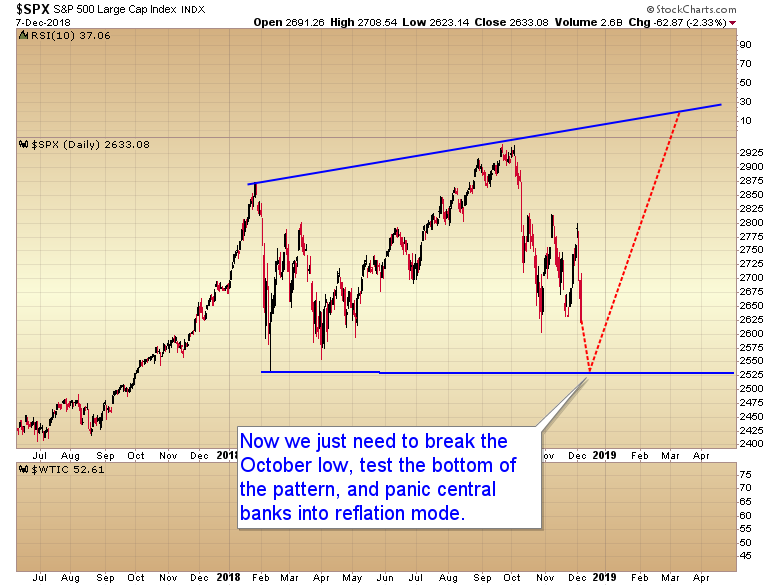 This should start with the Fed balking on the December rate hike. And they will balk if the market breaks the October low next week. This will be the beginning of the end for the dollar. The only thing holding this pig up has been the expectation of continued rate hikes. Remove that and the dollar will be toast. (and if we get a final trade deal with China the megaphone pattern could morph into a melt up).

Next let’s look at the CRB.

Currently commodities are moving down into a 3 year cycle low. At first glance that would seem to be deflationary. But what most people fail to take into account is what happens after the 3 YCL is struck. Markets reverse and start moving back up. A 3 YCL gets everyone on the wrong side of the market. Looking in the wrong direction so to speak. It pulls the rubber band far to the downside, but what most people fail to anticipate is what happens when the rubber band snaps back. In our current setup the last 3 year cycle has been a long basing pattern. Long basing patterns like this generate powerful rallies. Commodities are setting the stage and building the fuel for a major thrust out of this multi-year base. 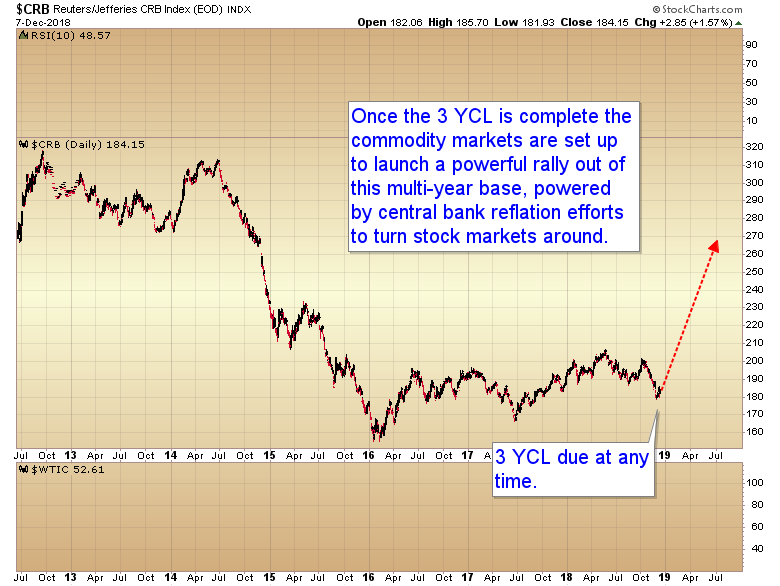 And this brings us to gold … which is trying to warn anyone who is listening what is coming.

First off notice that gold did not make a lower low in September when the dollar broke out to new highs. That was the bell ringing that something had changed. Also notice that gold is starting to accelerate higher over the last several days even though the dollar is only down marginally. Gold is anticipating the reflation. 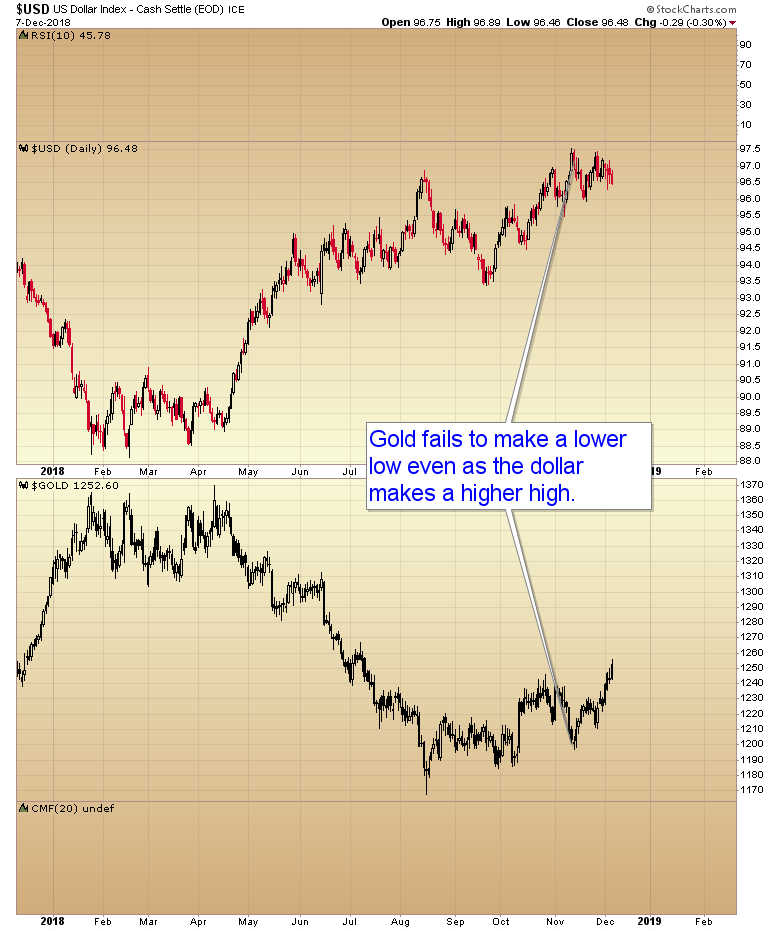 As of the close this week gold has broken through two major resistance zones. 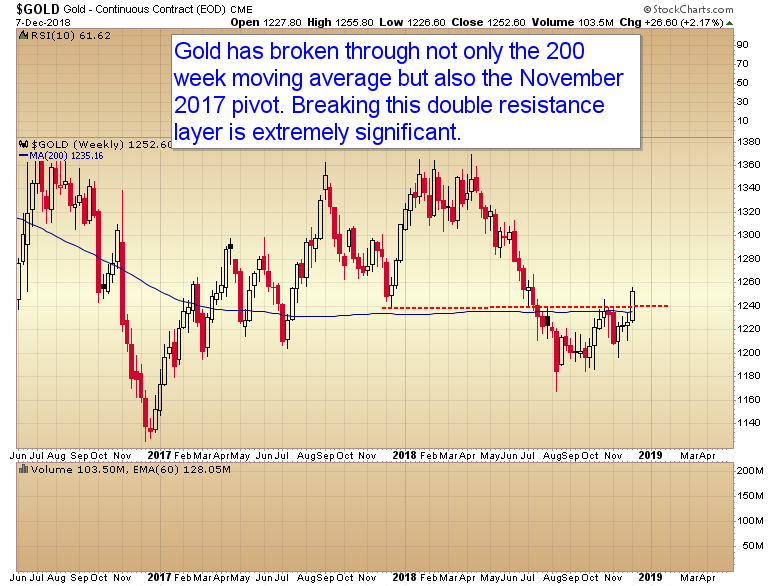 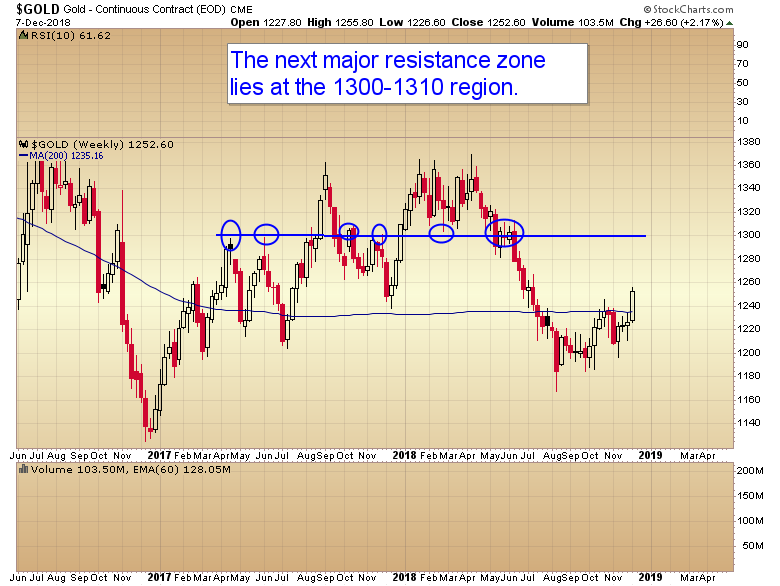 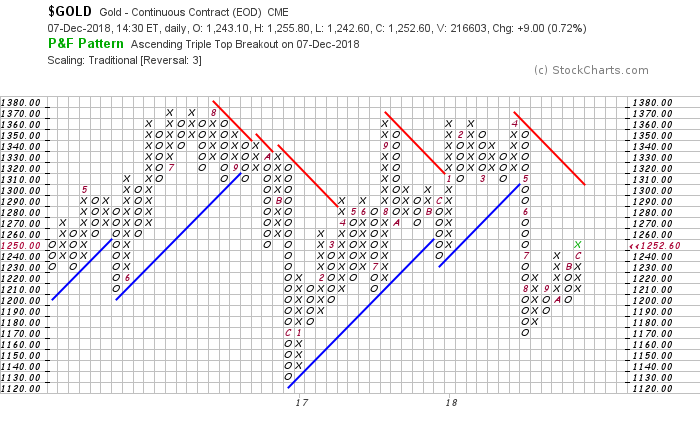 Next let’s look at the miners. 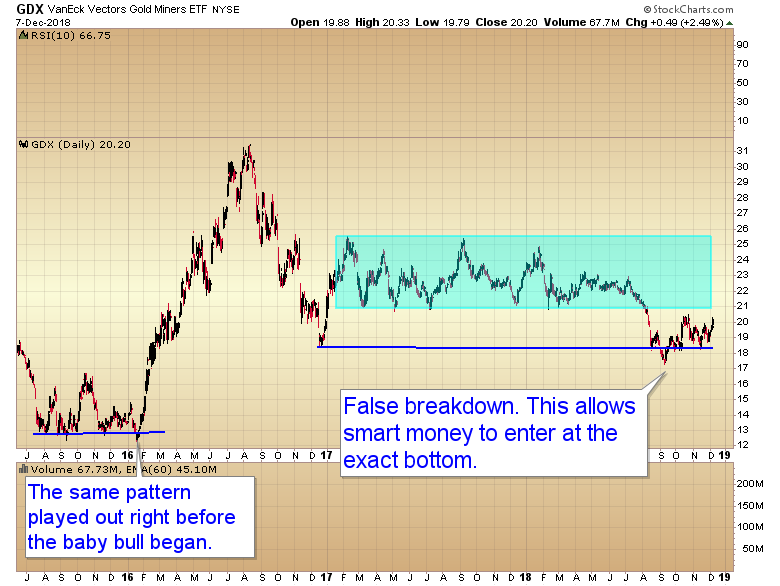 You can see the breakdown from the long consolidation zone. Then the false breakdown below the post election low allowing smart money to enter at the exact bottom just like the bear trap before the baby bull.

Miners are preparing to re enter the consolidation zone. Once they do it shouldn’t take long for them to test the top of the zone.

I posted this chart several months ago. Notice the volatility coil that formed on the monthly charts. The initial push out of a coil tends to be violent… but it also is more often than not a false move that is soon reversed producing a much more powerful and durable move in the opposite direction. It shouldn’t be long before GDX re enters the coil consolidation. I’m betting it will be before the end of the year. It’s even possible GDX might test the upper consolidation zone around $25 by year end or early January. 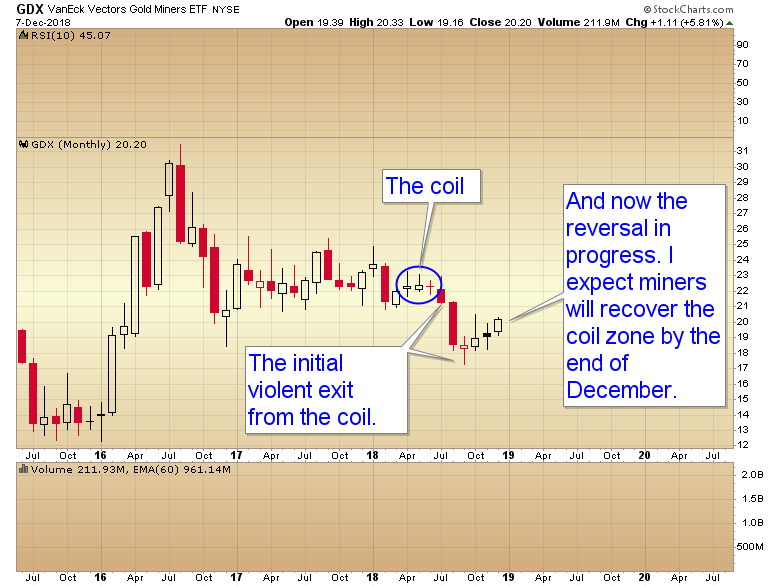 Listen to what gold is trying to tell you.

It’s saying the rate hiking cycle is coming to an end.

It’s saying the dollar is going to roll over into a bear market.