While I think we are entering an inflationary phase and during an inflation everything tends to go up together (at least during the initial and middle phase of the inflation) there are two sectors in particular that I think have absolutely mind boggling potential over the next 5-10 years.

Silver maybe more than anything is a time bomb waiting to explode. You rarely get a prettier (and longer) basing phase than this one. This is the kind of base that can generate a monstrous move once the breakout occurs. It’s my opinion silver is finally ready to push through the 200 week moving average, hold above it, and turn it up for years to come. During the next 5-10 years I think silver not only recovers the all-time highs at $50 but breaks out above it and goes far beyond $50. If it has one more correction before breaking through the 200. That will be the final buying opportunity. 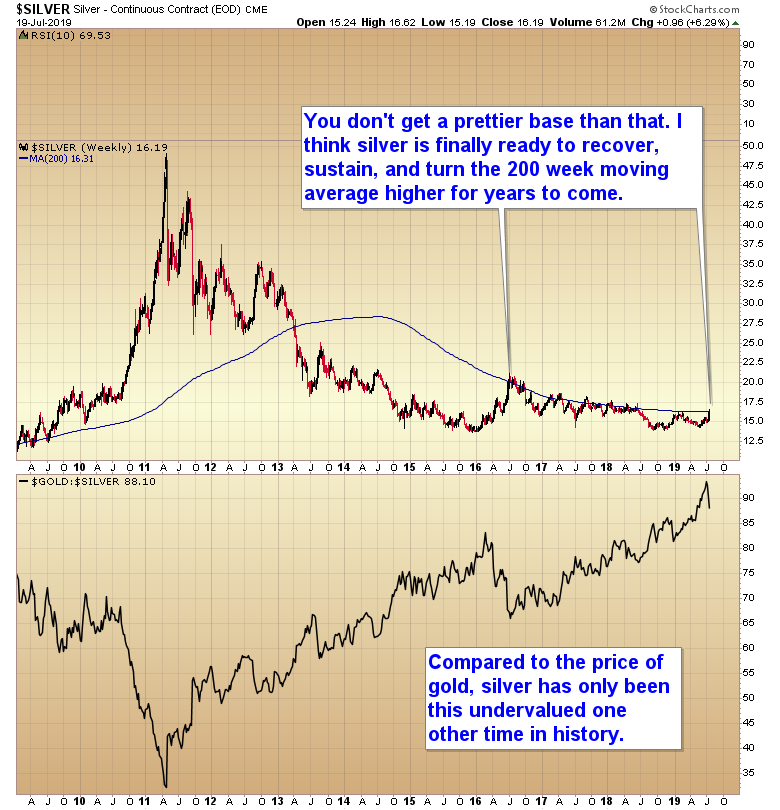 Next are the semi conductors. I’ve been pointing this one out for several years. Again we have a monster base lasting 19 years. As AI gets integrated into human society the semi’s are going to complete the breakout and like silver have mind boggling potential over the next 10-15 years.

Both of these are suitable for long term retirement investments in my opinion and will produce millionaires and billionaires over the next decade or two.

I’ll keep trying to get more people on board both of these sectors and now is the time to do it while the moves are just beginning.

The half price offer is now closed.