This morning the miners met one more confirmation that needed to happen. The point and figure chart has now turned bullish. 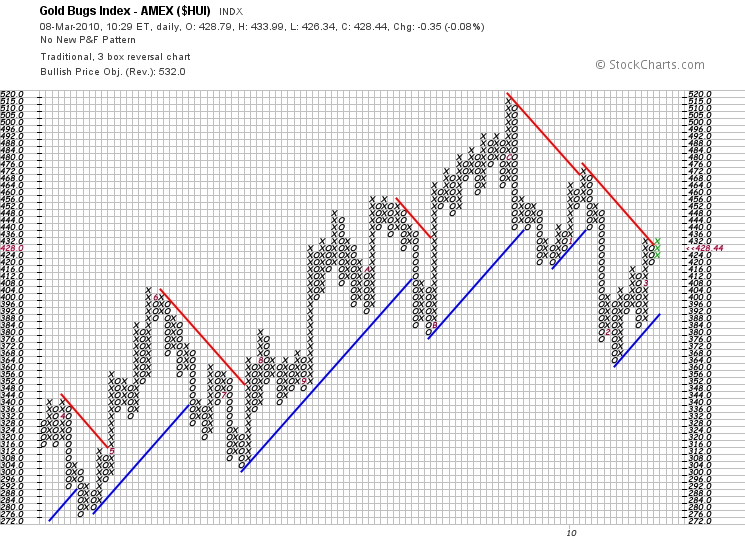 That’s just one more tally that we can now slide over the to bull side.

We’re still waiting on the two biggies. Gold still needs to break the pattern of lower lows and lower highs by moving above $1161 and the dollar needs to put in a weekly swing high as a possible sign the intermediate cycle has topped.

52 thoughts on “MINERS REVERSE DOWN TREND”