The market is heading into dangerous waters. Sentiment has become skewed wildly bullish and historically the market hasn’t performed well during earnings season when entering at new 52 week highs.

One of the few principles that never fails is that all market eventually regress to the mean. That one you can take to the bank. Usually the further anything stretches the harder it snaps back.

It looks like the market desperately wants to reach the 1200 level but in doing so it will have stretched further above the 200 day moving average than at any point during the middle and final leg of the prior bull market. 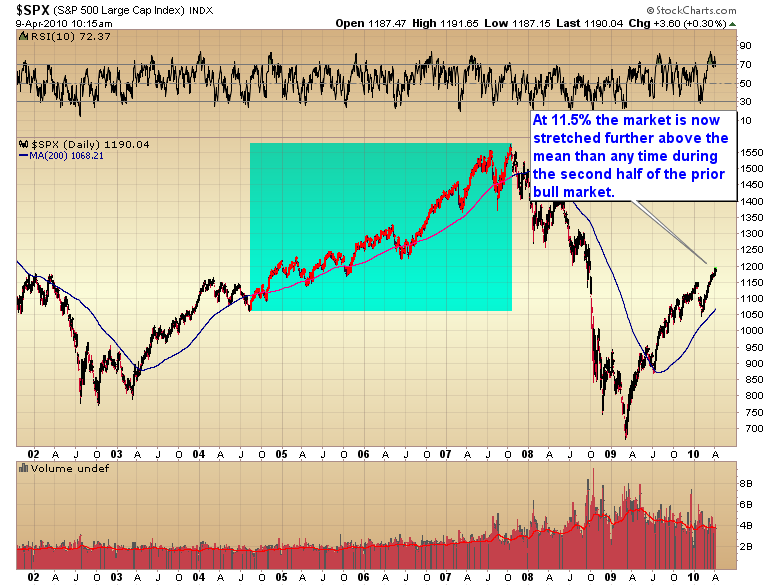 The market is now dangerously stretched and due for some kind of correction to reset sentiment. My guess is that sometime during earnings season we are going to see a violent correction similar to what happened in February 07. That should reset sentiment and set the stage for possibly a final parabolic move higher that will likely cap this cyclical bull.
The catalyst will be the same one that crushed us in 08, spiking energy costs. $100+ oil in a very high unemployment environment is going to be an economy crusher…again!

36 thoughts on “REGRESSION TO THE MEAN”