Until the pattern of higher highs and higher lows is broken this will remain a cyclical bull market. Shorts trying to jump the gun run the risk of getting caught opposite the Fed’s printing press.
The secular bear trend can’t resume until a yearly cycle bottom is broken. That yearly low came this year on February 5th. 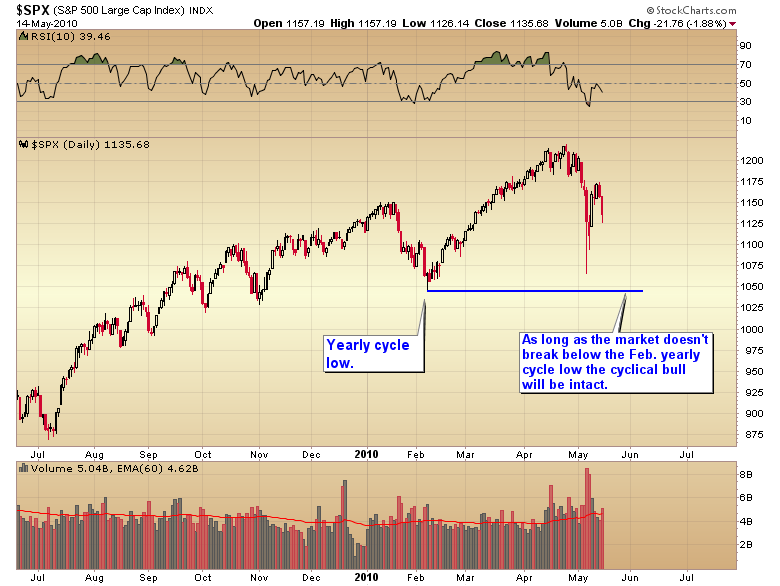 As long as the decline holds above that level this will continue to be an ongoing cyclical bull market.
If the decline were to break 1044 then we would have our first warning that the secular bear trend has returned. The correct strategy would not be to sell the break though. Sentiment has skewed extremely bearish already. That kind of sentiment almost always spawns a multi-month rally in bull markets and a powerful counter trend rally in bear.
A safer strategy would be to sell the rally not the breakdown. 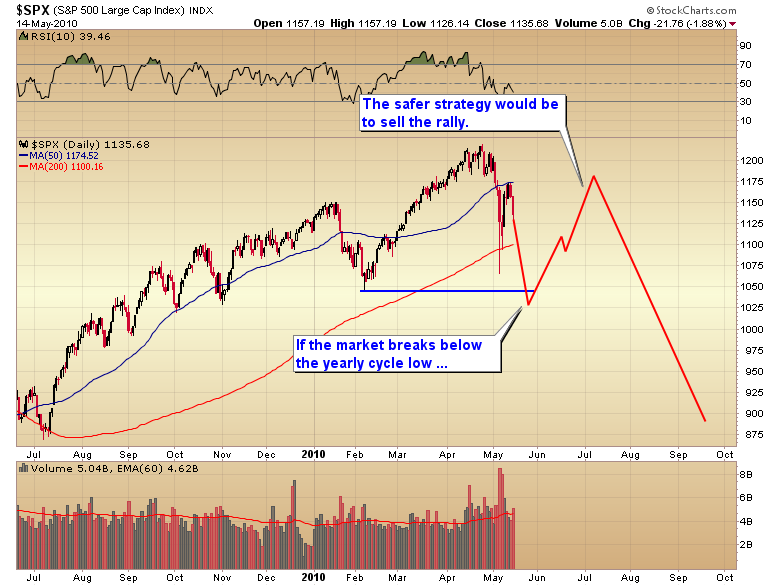 125 thoughts on “STILL A CYCLICAL BULL”