First off a little history to dispel some myths. I’ve know that the head & shoulders pattern that everyone is afraid of doesn’t actually hold up to testing being little better than a coin toss. Well Jason Goephert of Sentimentrader.com actually ran the data and it’s much worse than a coin toss. The percentage of times the pattern reached it’s target was 27% for an average return of -1.2%. Not exactly a great risk/reward setup. Like most of these technical patterns that people take as gospel The H&S pattern when examined under the microscope of history rarely lives up to it’s reputation.

Here is what is happening. Roughly every 20-22 weeks the market dips into a major intermediate cycle low. The cycle tends to shorten a bit in bear markets simply because humans can’t remain negative as long as we can stay positive. In either case our emotions become exhausted and need to take a break. 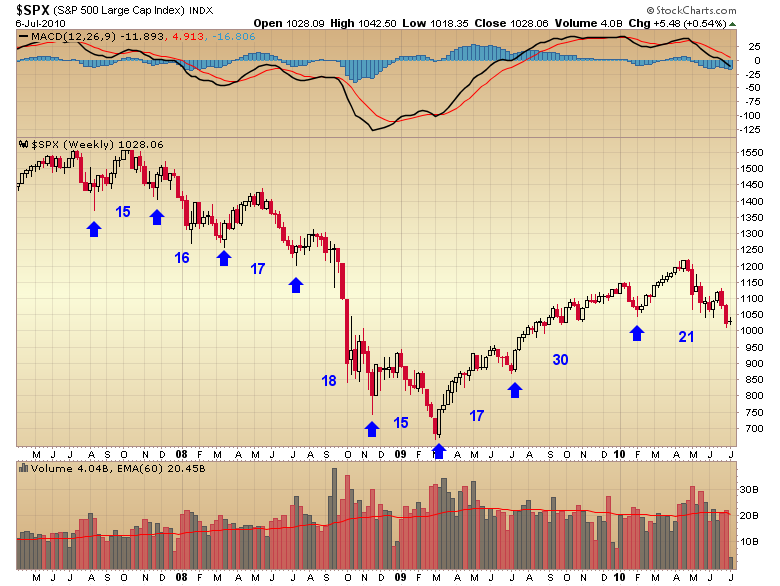 We are now 21 weeks into the cycle that began at the Feb. low (22 if this week ends up moving below last weeks intraweek low).
The same thing is happening in the gold market. 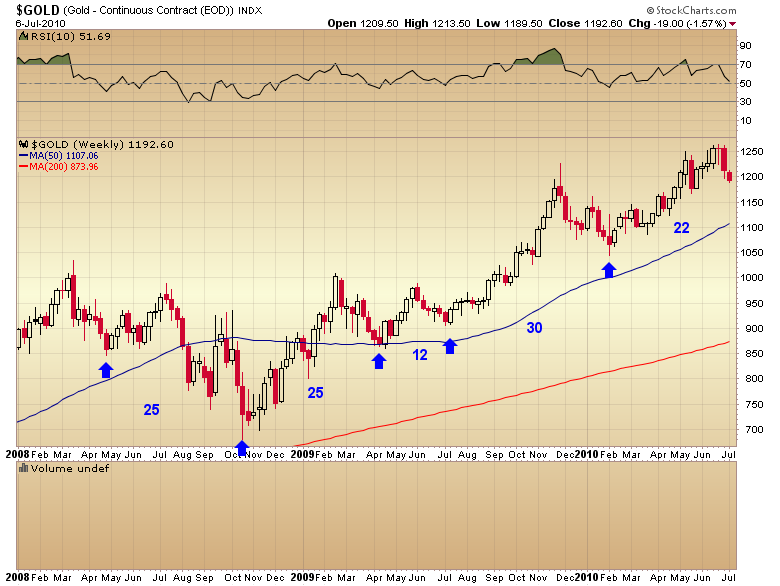 Just like February I expect both cycles will bottom in tandem. At that point gold should take off into the final leg up of the ongoing C-wave. The stock market is another question altogether. We are in a secular bear market after all and the stock market could bounce out of the coming cycle low and fail to make new highs before rolling over again. If that happens then yes I will call the bear market. But I’m just not prepared to call it as we move into the final ultra negative period of an intermediate cycle low.

We simply have to see what kind of bounce develops out of the coming bottom first.