The dollar is going to be the key to virtually all markets. If it continues down it’s going to act to support asset prices. Well at least initially. At some point we are going to see the decline become unruly and the Fed’s efforts to prop up asset prices will have serious unintended consequences. Namely, surging inflation. Which is already starting to show up in China, India and many emerging markets.

On a cyclical basis if the dollar drops below 81.88 it will mark a failed daily cycle. 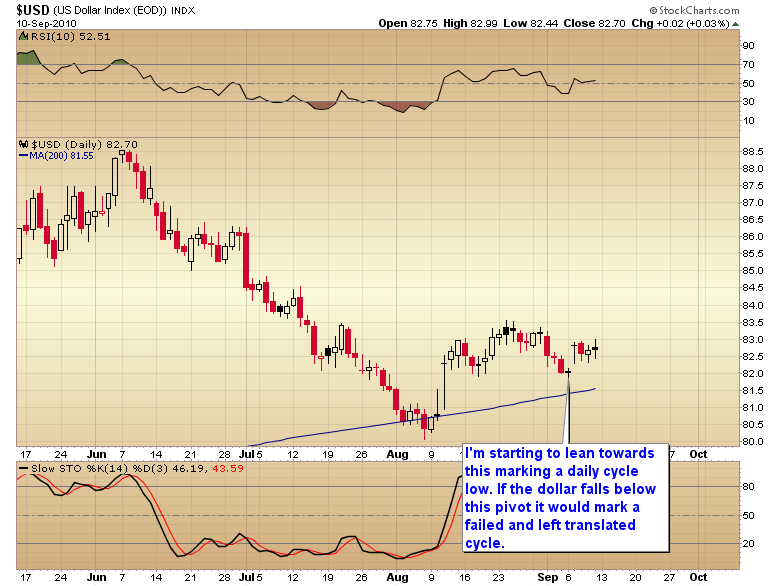 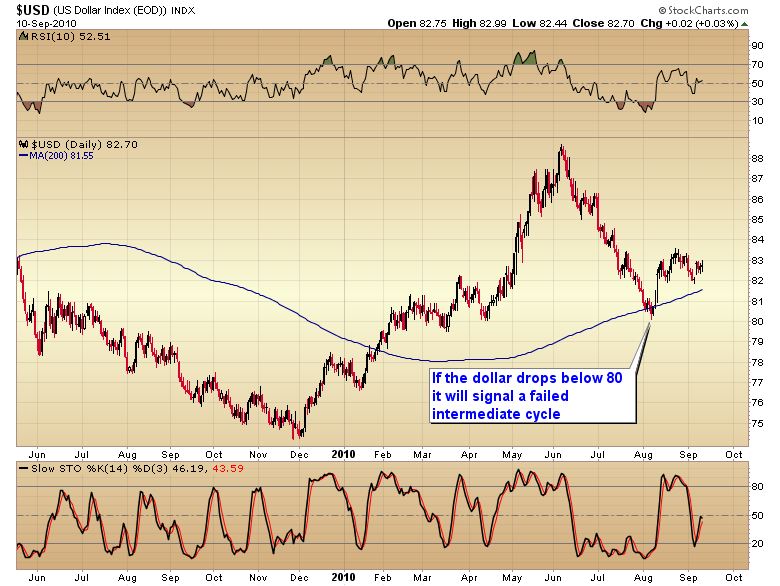 It will also mean shorts on anything will quickly become toxic and must be jettisoned immediately.
I’ve been trying to warn the bears for months now to wait for proper confirmation before piling in on the short side. Already this morning the dollar is very weak and threatening to break below 82. As soon as the market becomes convinced the dollar is headed lower smart money will flood into asset markets causing stock markets to surge out of the trading range they have been in for the last couple of months.
Update: The dollar did break below 81.88 today. Unless 83 is recovered almost immediately we have to assume the dollar is in trouble and it’s only a matter of time before the intermediate cycle also fails (moves below 80). At that point we will see inflation start to surge higher. Investors and the common man alike will need to protect their purchasing power by buying real stuff. The easiest and probably the most profitable real asset to buy is gold (or silver if you want to make bigger percentage gains)

118 thoughts on “DOLLAR IN JEOPARDY”