Seems like everyone has now jumped back on the energy band wagon.To be precise energy, solar’s, uranium and rare earths. I hear it constantly in the media.

However if something has gone up long enough and far enough to garner the attention of the media it’s usually closer to a top than a bottom.

For instance, the oil service ETF is now stretched 33% above the 200 day moving average. 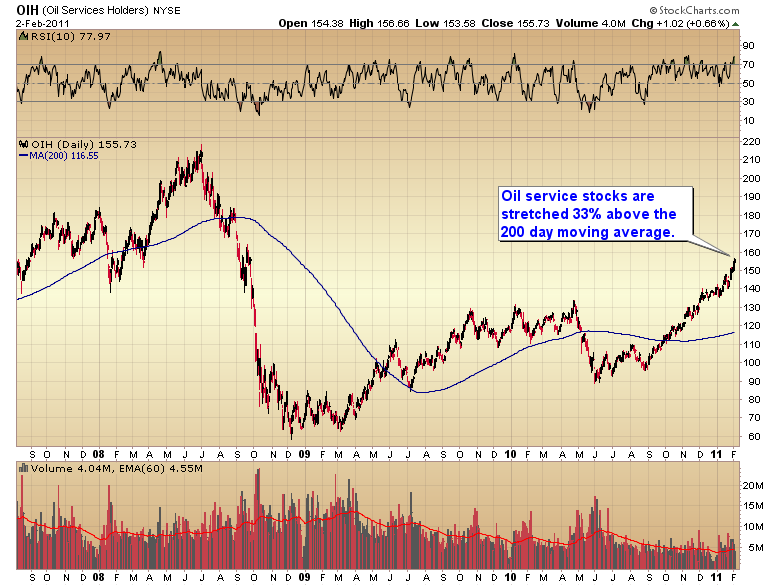 One has to wonder how much upside potential is left after a 5 month rally.

What I don’t hear anyone talking about anymore is gold or mining stocks (unless it’s to tell us that the bubble has popped).

While virtually every other sector has gotten extremely stretched above the mean the precious metal sector, the only sector in the world that is still in a secular bull market, has quietly moved down into an intermediate degree correction.

So when you hear the countless analysts spouting nonsense about the gold bubble bursting, or the fear trade coming off, or any number of ridiculous reasons they dream up for why gold has moved down, you will know the real reason for golds pullback is nothing more complicated than the average run of the mill profit taking event. An event that happens like clockwork about every 20-25 weeks on average.

These intermediate degree corrections are the single best buying opportunity one ever gets during a C-wave advance.

Also in the bullish column, sentiment in the sector has now reached bearish extremes. Even better is the fact that most of the sector has pulled back to long term support, and or tested a major breakout level. 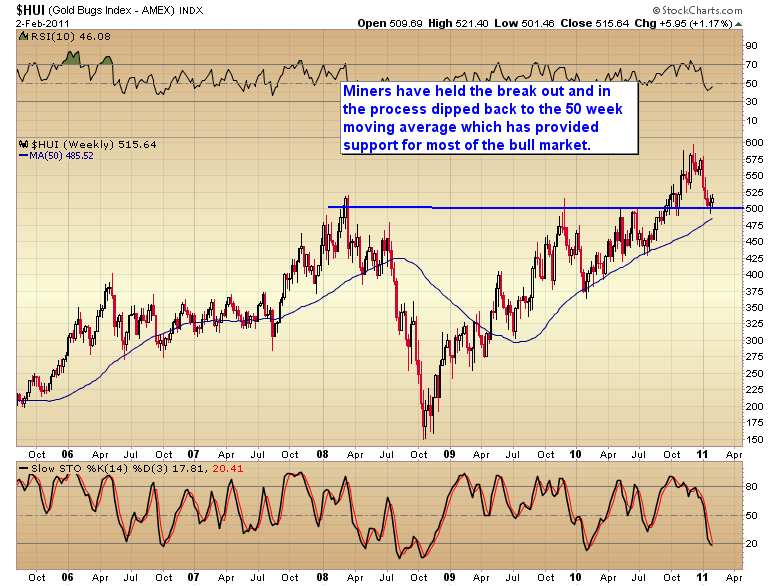 The upside potential in many of the mining sector ETF’s and bell weather stocks is now huge, even if they were just to get back to the recent highs. 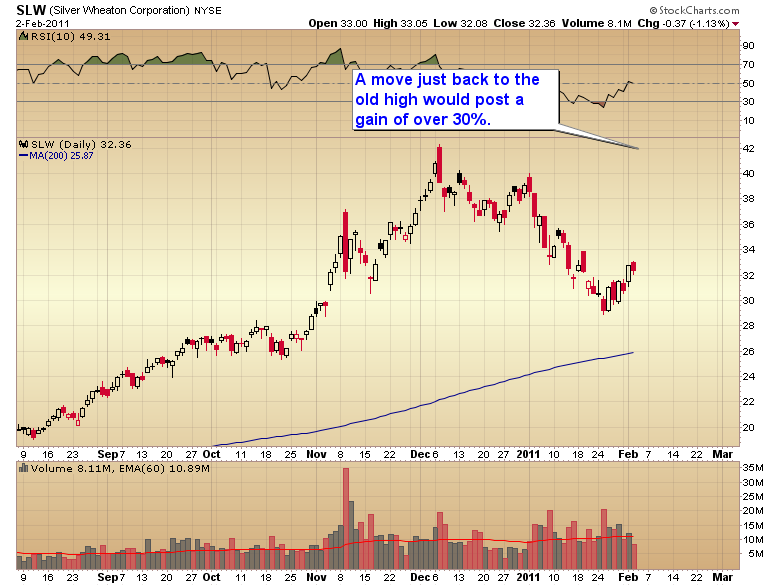 One has to ask themselves whether they think the profit potential is biggest in a sector where everyone is falling over themselves to buy. A sector that has already had a huge move and is incredibly stretched above the mean.

Or if the odds might be better buying a secular bull market that has experienced a nice pullback. A sector where a return just to the old highs would already constitute a huge gain, not to mention gold should still have one more parabolic move higher this spring as the final leg of this two year C-wave finally tops out.

My money is on the area where no one is looking.