Bear markets begin when something fundamental breaks. Usually the sector initially affected will roll over before the general market and tends to be a warning sign of what lies ahead.

The last bear market was triggered when the credit bubble created by Greenspan’s foolish monetary policy burst. It was exacerbated by Bernanke’s foolish attempt to debase the currency and reflate the bubble. All he succeeded in doing was to inflate oil to $147, which put the finishing touches on an already crumbling economy. 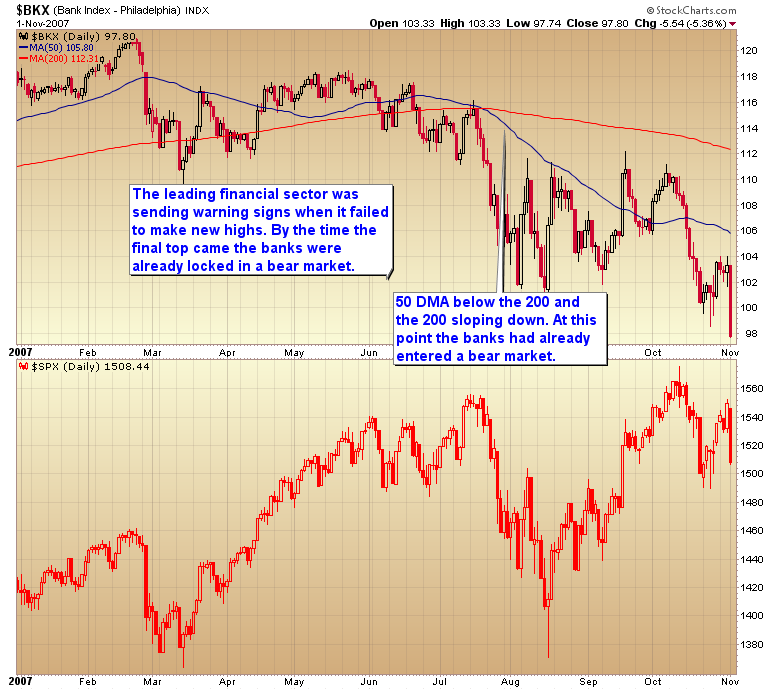 I’ve been saying for more than a year now that the unintended consequences of QE would be to spike inflation, which in turn would poison the global economy. I knew all along that Ben was never going to create any jobs by printing money and of course he hasn’t.

So if inflation is going to sink the economy and kill the stock market we should see warning signs from the sectors most affected by rising inflationary pressures, just like the banks warned us in `07 that the fundamentals were broken.

Sure enough I think we are starting to see those warning signs.

Emerging markets have been the hit hard by food inflation. We are now seeing food riots in many third world countries. Emerging markets just like financials during the last bull were one of the leading sectors. EEM is now starting to diverge from the rest of the global stock markets. It’s now on the verge of breaking back below the November cycle low. 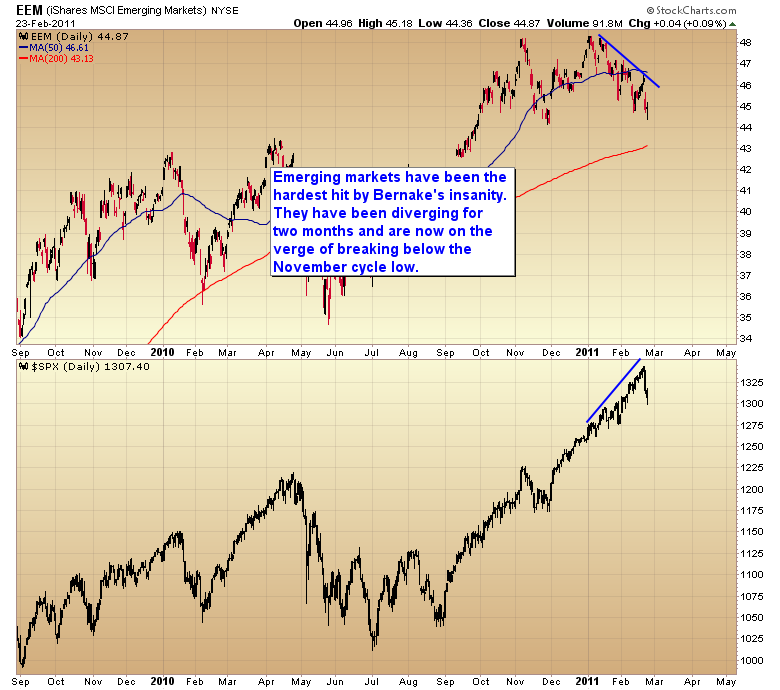 The other sector that is extremely sensitive to inflation are the transports. When energy costs spike shipping companies profit margins are squeezed. The last two days have seen the Dow Transports fold under the pressure of surging oil prices. Keep in mind oil is only on the 17th day of it’s intermediate cycle. That cycle lasts on average 50-70 days. I think we are going to see $5.00 gasoline by the time the dollar collapses into it’s three year cycle low later this spring. 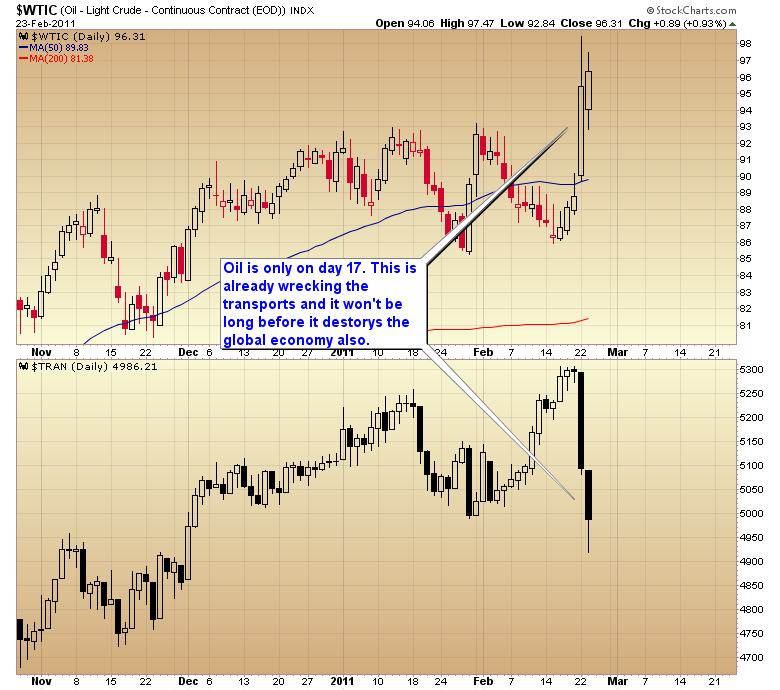 China is already in a bear market. I think most emerging markets have probably topped and I doubt the rest of the global markets have more than 2 or 3 months left before the next leg down in the secular bear market begins.

I think the brief party created by Bernanke’s printing press is about to come to an end.

403 thoughts on “THERE GOES THE FIRST SECTOR”