Yesterday’s massacre was a serious shot over the bow for the stock market. The market is now in extreme jeopardy of having formed a left translated intermediate cycle. Whenever that happens late in a bull market it almost always signals the beginning of a new bear.

There’s no way the market should have sold off like that yesterday if this market was still healthy. I’ll explain in a minute.

Fundamentally I think it’s starting to become painfully obvious that QE2 didn’t work (just like I said it wouldn’t). I said over a year ago during QE1 that this wouldn’t create jobs or fix any of our problems. It would just make the problems bigger. Ultimately all QE1 & 2 was good for was to allow the bankers to rake in another year of large bonuses and to spike inflation (mostly commodity inflation). I’ve said all along that commodity inflation would eventually poison the fragile global economy.

I think it’s becoming more and more obvious that the global economy is now headed back down. Surprisingly, or maybe not surprisingly an economy with over 10% unemployment couldn’t withstand $112 oil, $4.00 gasoline, and surging food costs. 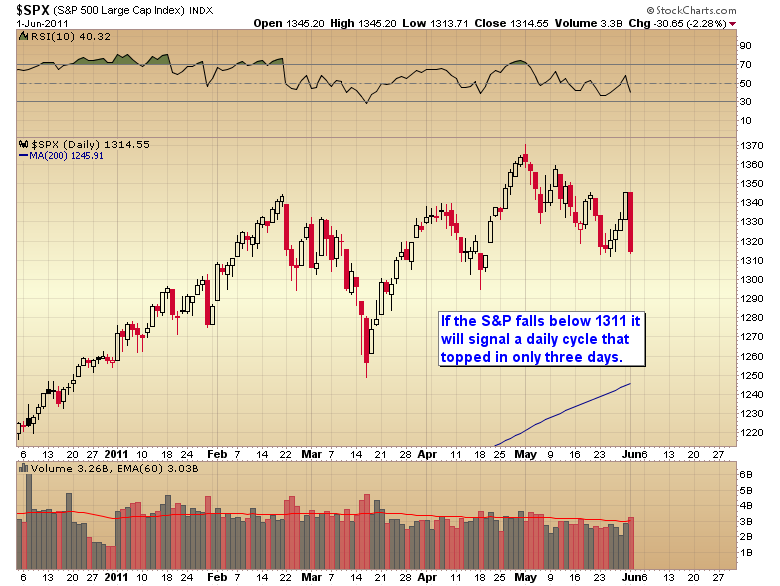 I’ve marked the the last two intermediate cycle lows with the blue arrows in the chart below. You can see that the current intermediate cycle has now potentially topped in 7 weeks. Any cycle that tops in less than 11 weeks would be classified as a left translated cycle. 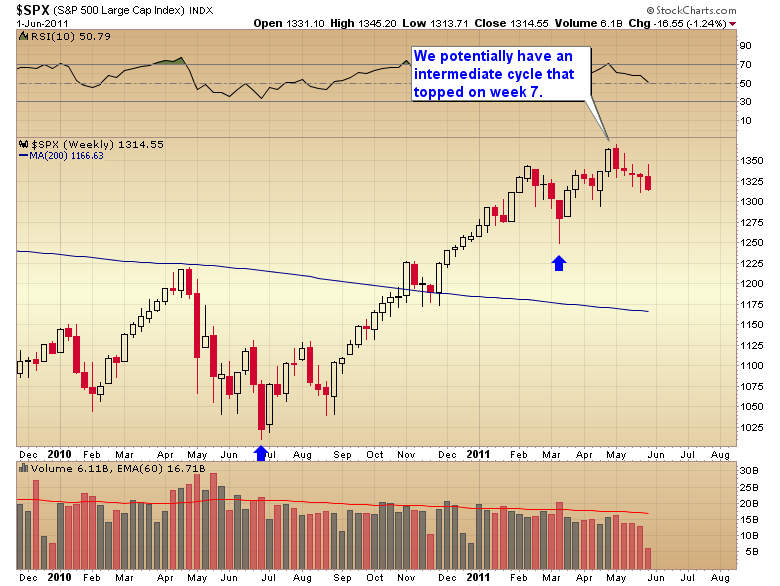 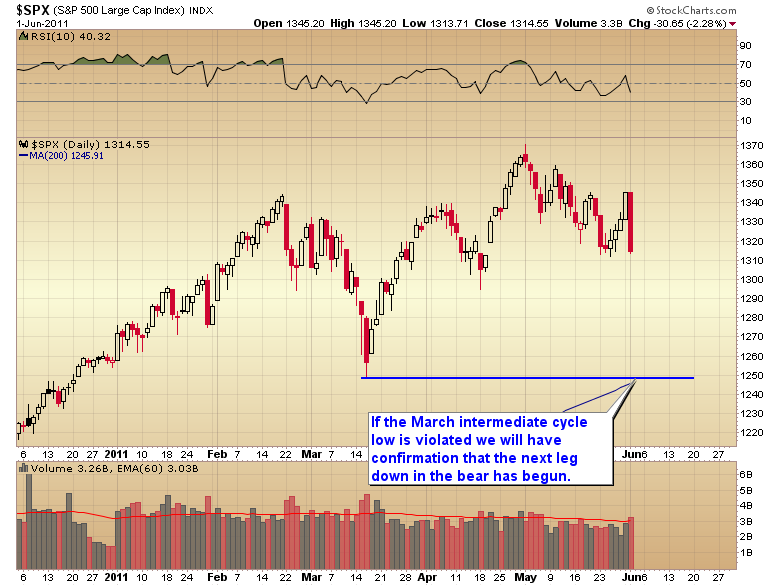 It’s now critical that 1311 not get violated if this bull is to continue. If it does it will trigger not only a left translated daily cycle, but also a higher degree left translated intermediate cycle, and this will almost certainly lead to a violation of the March low and a Dow Theory sell signal. At that point the next leg of the secular bear market will have begun.

On May 15th I posted that we were seeing warning signs and that individuals should exit stock funds in their 401K’s if they hadn’t done so already. Now we are at a critical juncture. If 1311 gets violated we can kiss the cyclical bull goodbye.

37 thoughts on “AT A CRITICAL JUNCTURE”