We are truly seeing history being made as the stock market moves down into its yearly cycle bottom.

The last time the market was this oversold was after 9/11. 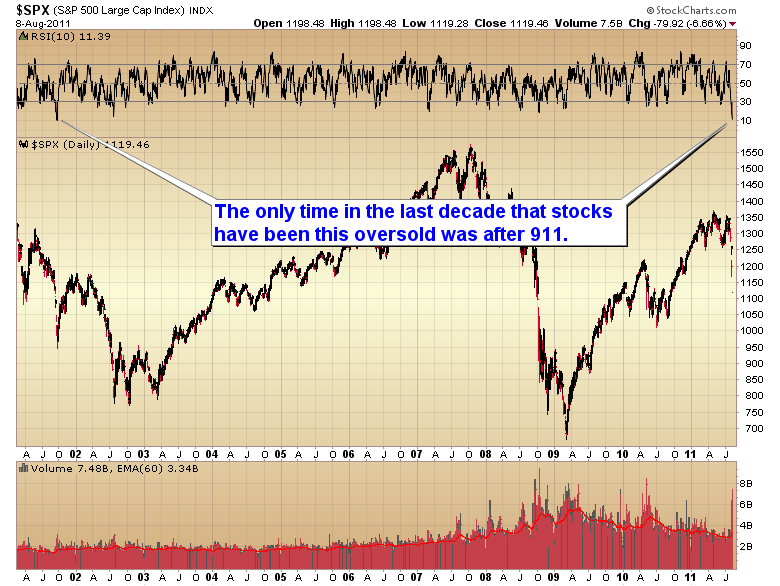 Breadth has moved to levels even more extreme than the crash of 2008. 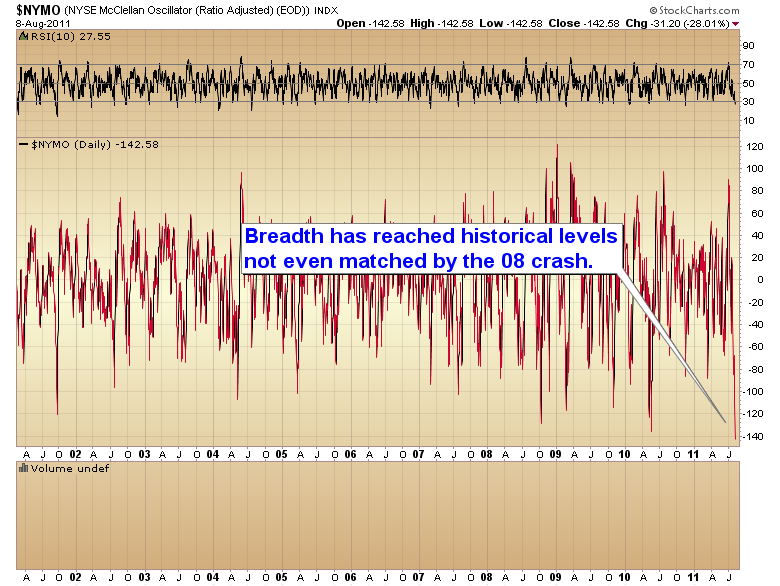 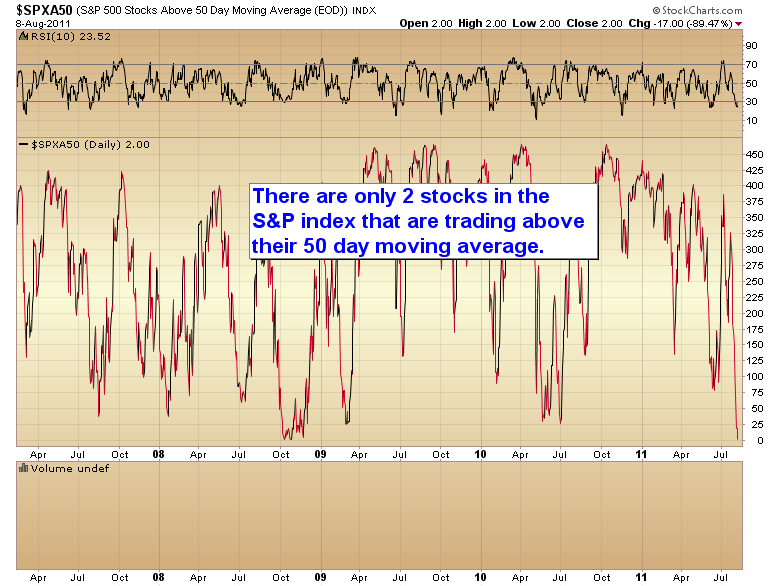 It seems like a great many folks have got it into their head that one is only allowed to make money in the precious metals market. Take a look at the long-term chart of gold though. 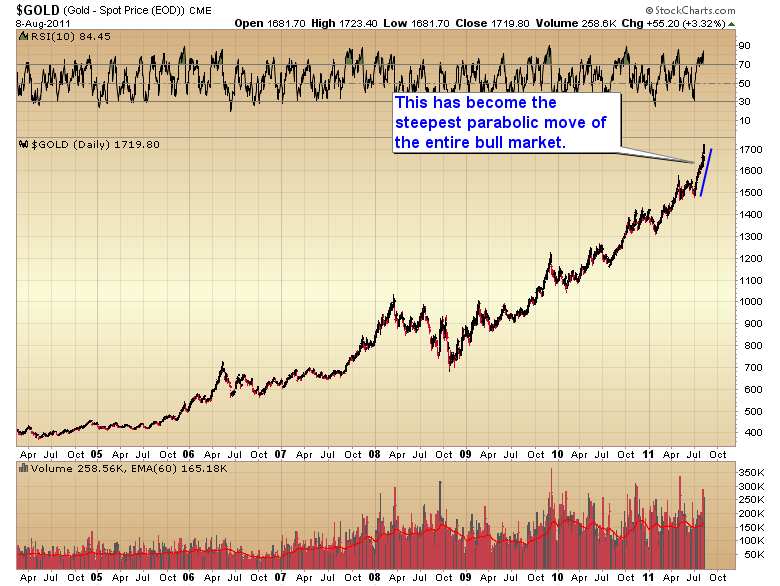 This has now become the steepest parabolic move of the entire secular bull market. As we found out in May, parabolic moves are prone to crashes. At this point I have no desire to be in the gold market. I could care less whether it goes to $1800, $1900, or $2000. The risk of getting caught in the crash when the parabola collapses has become too great.

I don’t care where I make money. Gold, silver, or stock market, it’s all the same to me. Profits are profits.

At this point I would rather put capital at risk in a severely oversold stock market than a parabolic gold market.

363 thoughts on “HISTORY IS BEING MADE”