In response to a bursting real estate and credit bubble in 2007 Bernanke’s solution was to crank up the printing press and flood the world with dollar bills. Unfortunately it didn’t solve our problems, it only made them worse. The real estate and credit bubbles stayed busted, but that liquidity had to land somewhere. In 2008 it went straight into the energy and agricultural markets spiking the price of crude, gasoline and food. This in turn collapsed a fragile global economy that was already reeling from the real estate implosion. The end result was the exact opposite of what Benjamin intended. Instead of halting the real estate collapse he just magnified the severity of the recession.

Unfortunately Bernanke has not learned from his past mistakes. The wicked sell off in 2010 was met with QE2. The even more severe decline in 2011, which should have initiated the next bear market and started the move down into the next four year cycle low, due in 2012, was aborted with additional money printing disguised as Operation Twist and the European version LTRO.

On the surface it looks like Bernanke has been successful. The economy has rebounded from near recession in 2011 but the unintended consequences are already in play as oil is now back above $100 a barrel and gasoline over $4 a gallon. Bernanke has steered the Titanic straight into the iceberg and now there’s no turning back. If Ben doesn’t raise rates and drain excess liquidity oil is going to continue to rise until it destroys the global economy again.

The dollar is at a very important juncture. The current daily cycle topped on day 11 which is right in the middle of being left or right translated. Left translated cycles are the hallmark of a declining market (lower lows and lower highs). 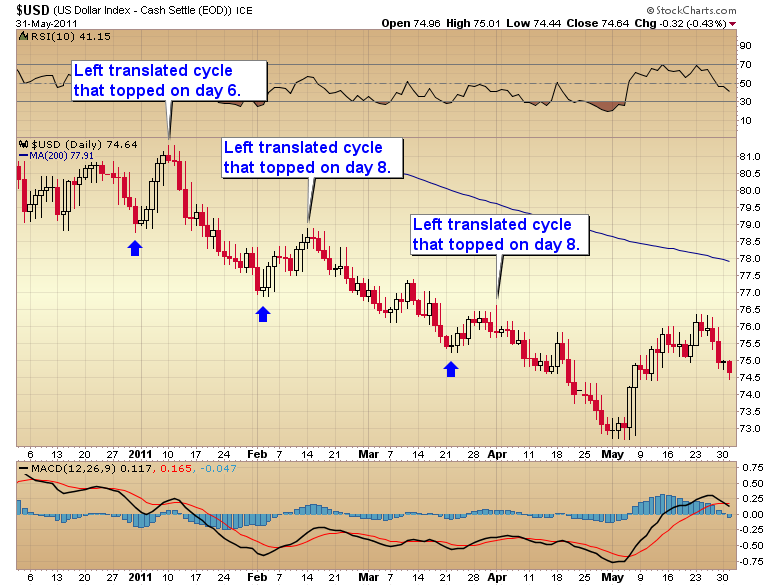 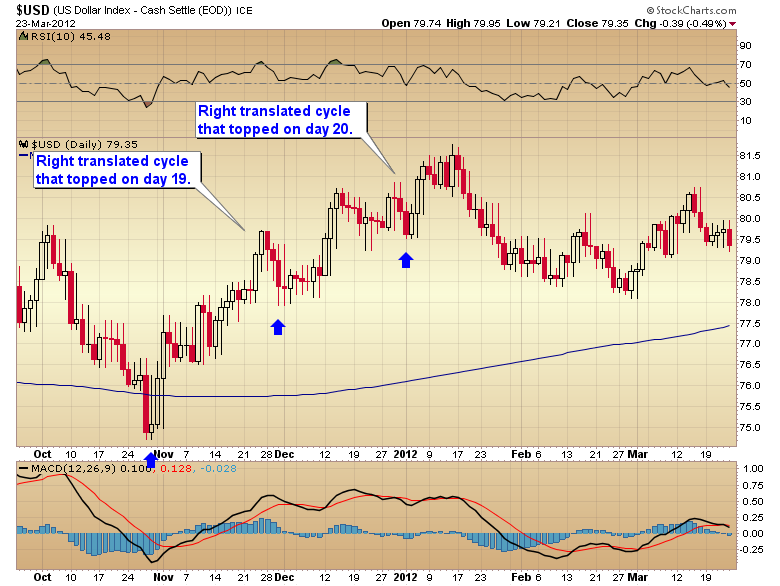 How this cycle plays out is going to determine the path for all other assets. The current daily cycle topped right in the middle of being right or left translated. As long as the impending cycle low holds above the February intermediate degree bottom then the pattern of higher highs and higher lows will still be intact and the dollar will still be on the upside of an intermediate cycle.

In this scenario I would expect the stock market to roll over soon and begin moving down into an intermediate cycle low in late April or early May. Gold’s B-wave would resume after a short counter trend bounce and continue down to test the December lows. 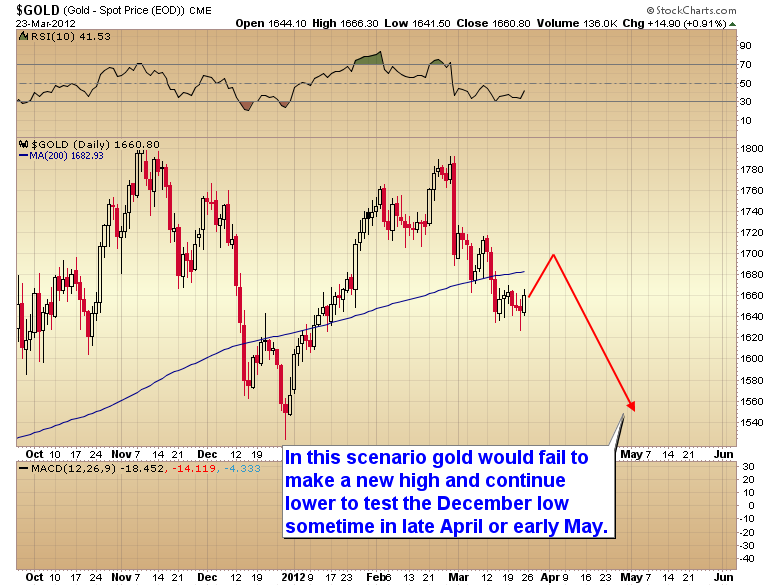 If however, the dollar were to penetrate the February low it would signal that the intermediate cycle has already topped and the pattern has reversed to lower lows and lower highs. In that scenario we should see the dollar moving generally lower for the next 15-20 weeks. 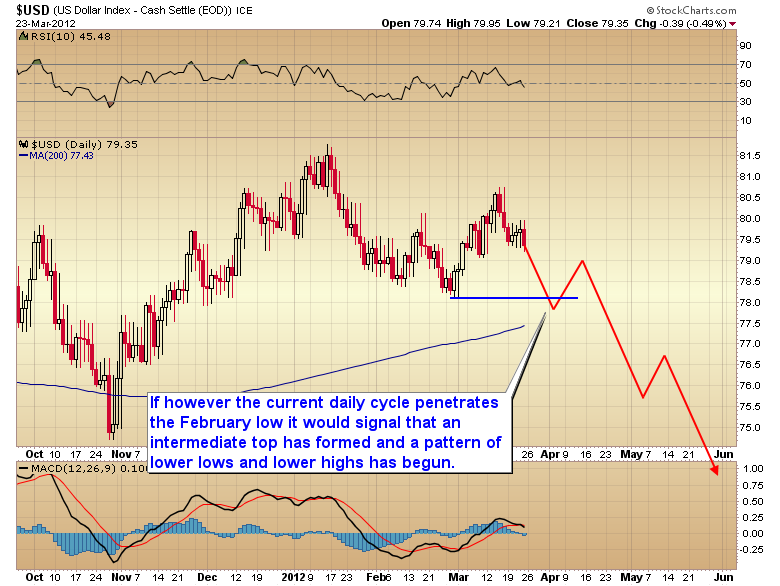 In this scenario the runaway move in the stock market could continue for another 10-15 weeks, and gold’s B-wave probably bottomed on Thursday as another shortened intermediate cycle. 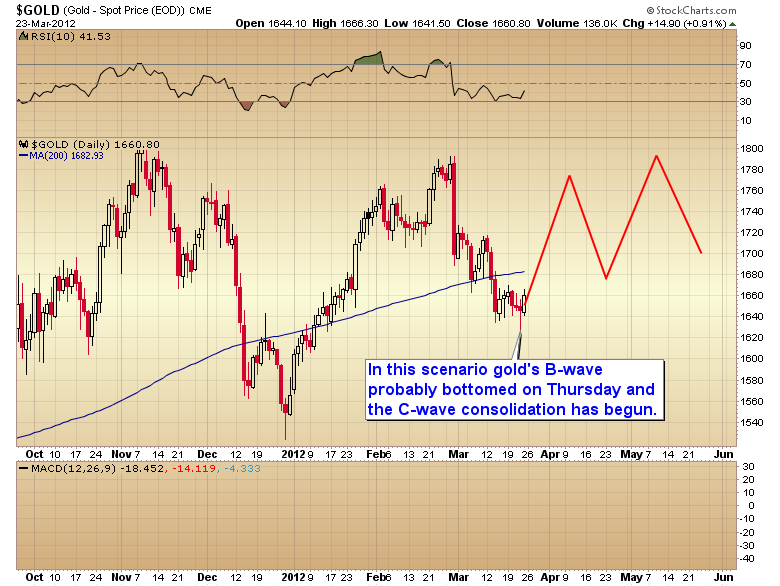 This scenario would also trigger another leg higher for oil which will eventually poison the economic recovery.

The next couple of weeks are going to be important. I’m expecting the first scenario where the dollar continues to make higher highs and higher lows, but I’m prepared to reverse course 180 degrees if Bernanke can break the rally and push the dollar through the February 29 low.

202 thoughts on “CAN BERNANKE BREAK THE DOLLAR RALLY?”