The last bull ended when the leading stock, GOOG, entered a parabolic “bubble” phase. That was the signal that the bull had reached the euphoria stage. When the GOOG bubble popped it signaled the end of the bull market. 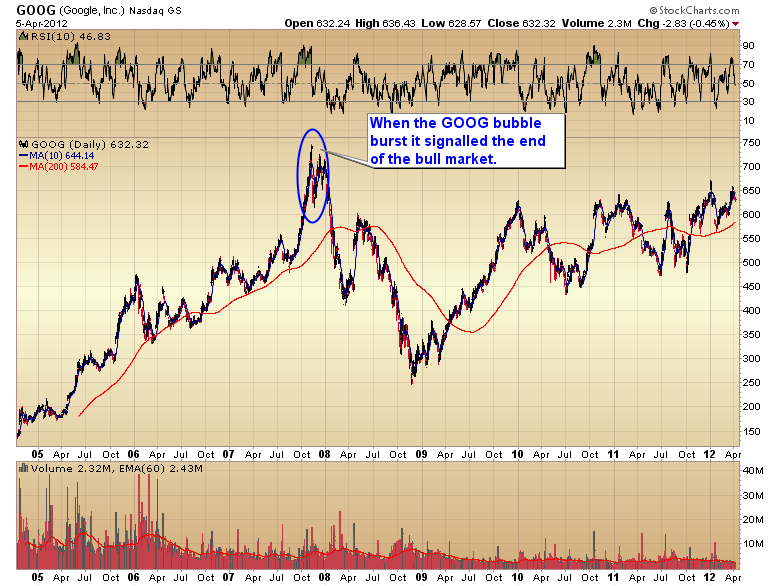 Apple is now stretched 49% above the 200 day moving average. Anything between 50 and 60% above the mean is extreme dangerous territory.

As I pointed out in my last article the dollar is beginning its second daily cycle up in what could very well be a cyclical bull market. This should correspond with the stock market topping and the next leg down in the secular bear market.

My best guess is that we will see a sharp sell off over the next 2 to 3 weeks, followed by a sharp rebound (QE3?) that may, or may not, move stocks to marginal new highs, similar to the 2007 top. 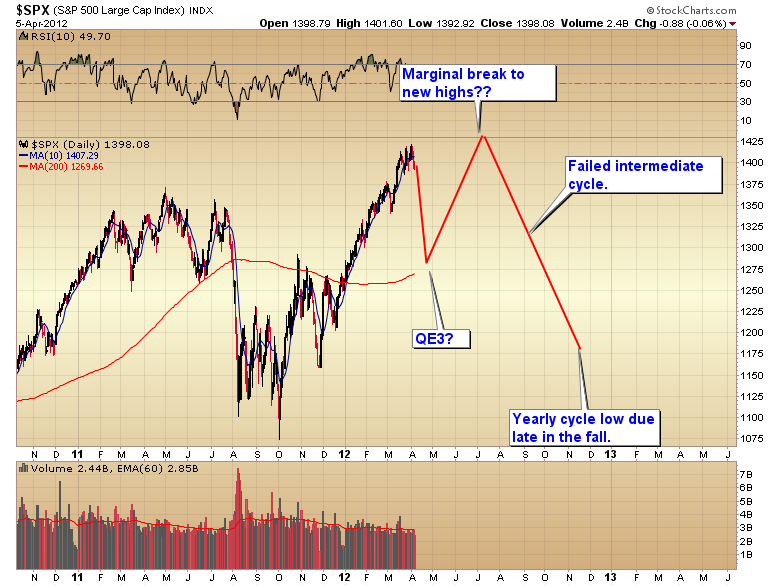 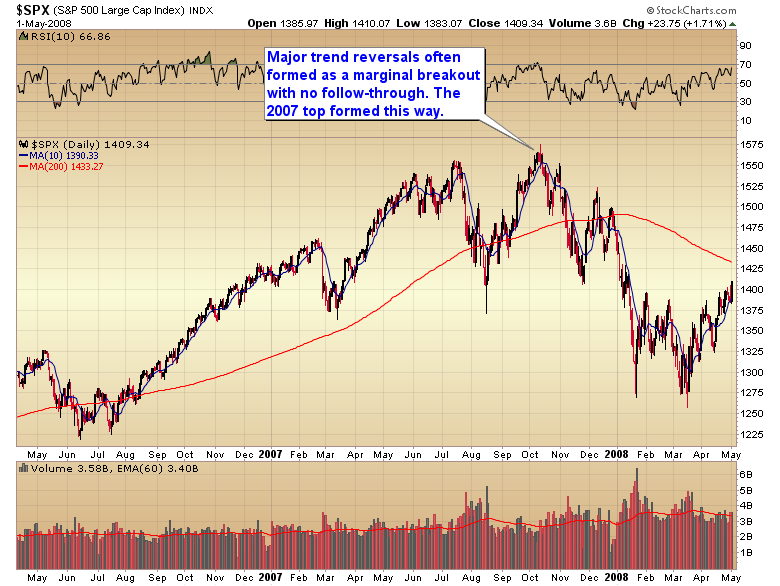 The poor employment report on Friday is the first warning shot across the bow that the economy is slowing in preparation for moving down into the next recession/depression.

Bernanke is in the same position he was in 2007. Printing more money won’t stop the collapse. It will only continue to spike the price of energy and exacerbate the decline.

124 thoughts on “STOCKS HAVE REACHED THE EUPHORIA STAGE”