Today the dollar broke through 81.40. This is a major development as it signals that the current daily cycle topped in only 2 days, thus confirming that the intermediate cycle has also topped. 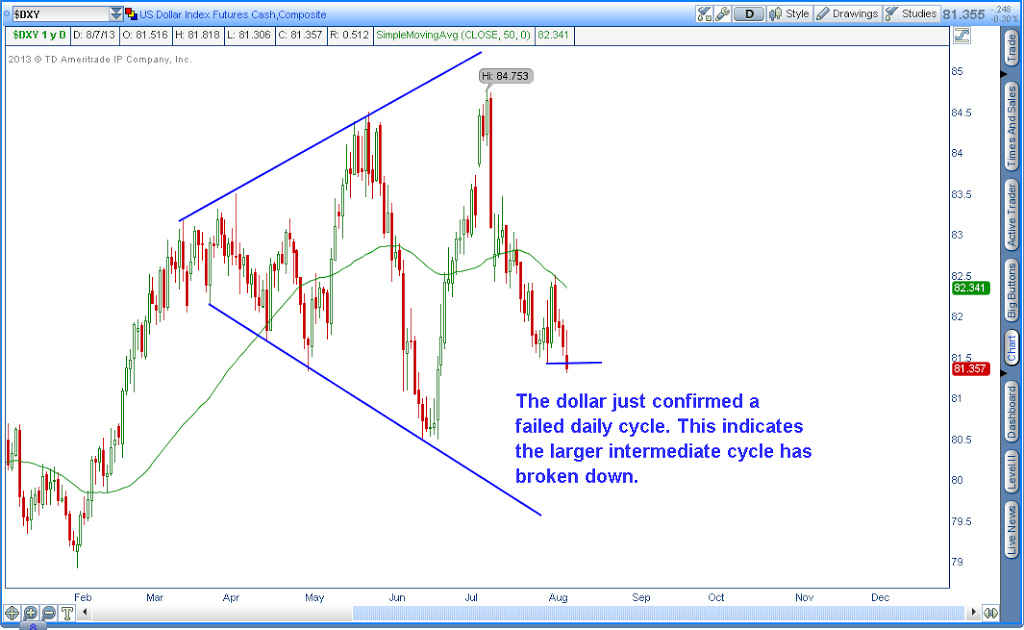 I’ve been warning for months and months that this was coming. Anyone with a modicum of common sense knew that printing trillions of dollars was going to eventually have consequences. There is no escaping the inevitable, if you debase your currency like that eventually you are going to have a currency crisis. The first one has now begun.

Over the next 3-4 months the dollar is going to test the lower trend line of the megaphone topping pattern and ultimately break through. When it does we are going to witness a spectacular collapse in the dollar, probably testing the 2011 bottom by the next intermediate cycle low due in November. 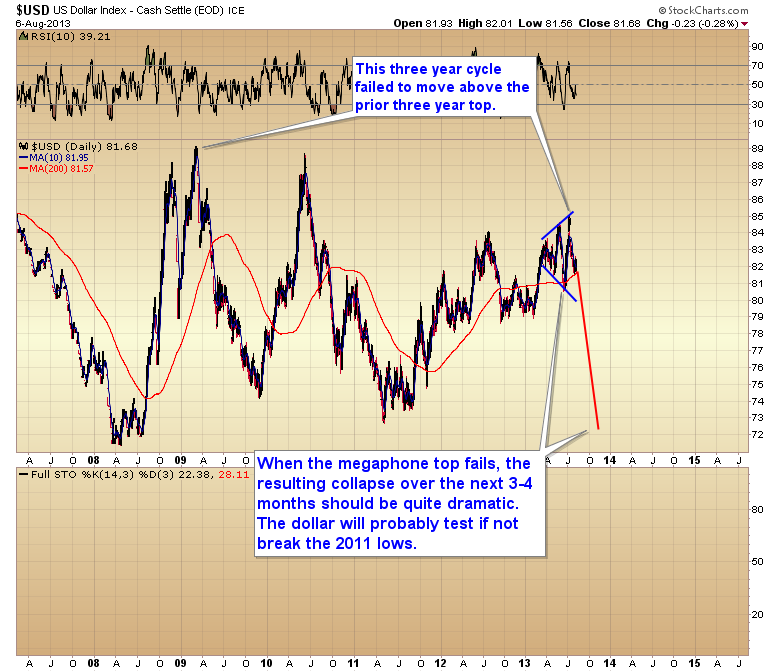 This is going to cause all kinds of problems. We are already seeing the bond market breaking free of Fed manipulation. This will only get worse as bonds recognize the severity of the crisis ahead. Ironically the Fed is going to print harder and faster to try and tame the bond market. It will have the reverse effect. It will just accelerate the dollar collapse which will intensify the selling in bonds.

This has already pricked the echo bubble in housing. In the chart below we see the same megaphone topping pattern in play as in the dollar index. 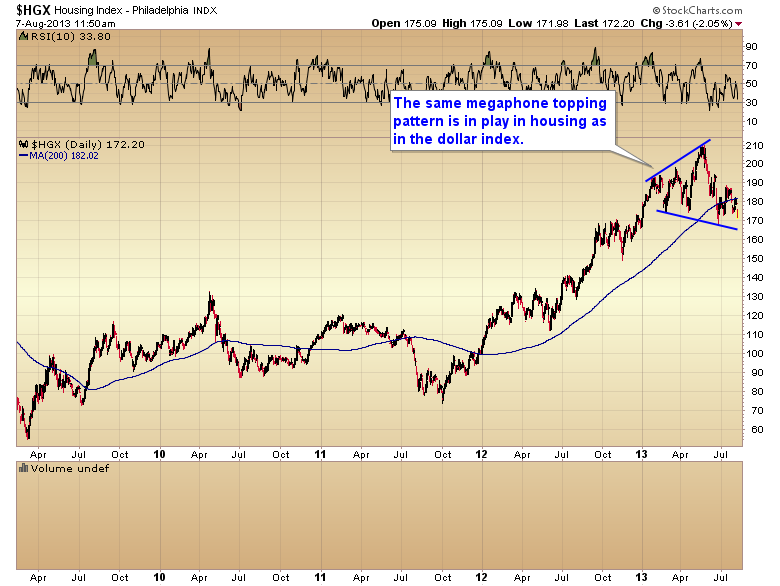 Smart money has known for months this was coming. I strongly suspect the manipulation in gold over the last 8 months was done to transfer physical metal from weak hands into strong hands in preparation for this event. Now it’s time for gold to do it’s job of protecting wealth during a currency crisis. I told subscribers last night that we will see a war over the next several days and weeks as gold breaks free of the manipulation and gets busy discounting the coming currency crisis.

Batten down the hatches the next Fed created catastrophe has begun.

1 thought on “THE NEXT CRISIS HAS BEGUN: AND THIS ONE IS GOING TO BE IN THE CURRENCY MARKET”