Whenever I’m not sure about direction the first thing I do is go to the weekly charts. You can see in the three charts below that the Thursday premarket hit did serious damage to the entire sector. 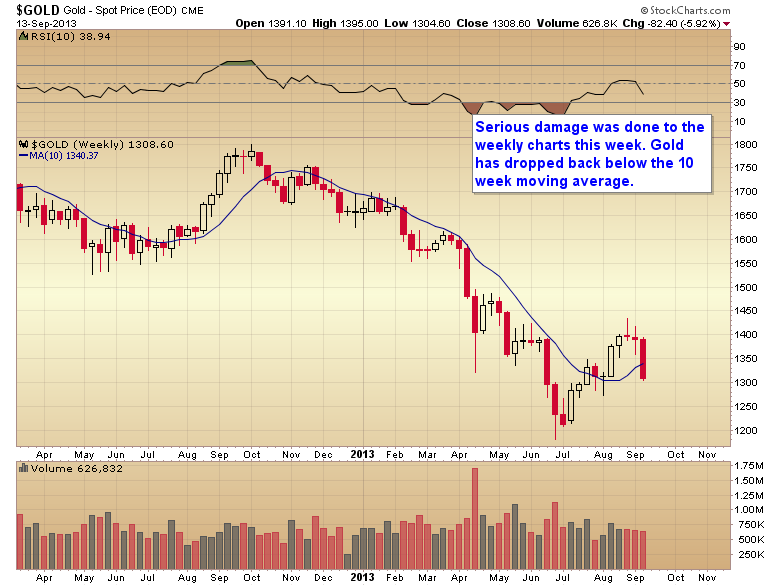 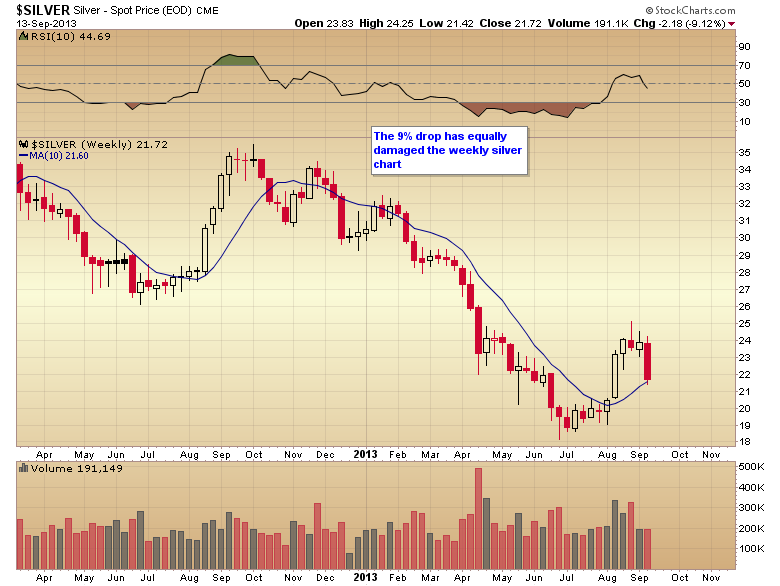 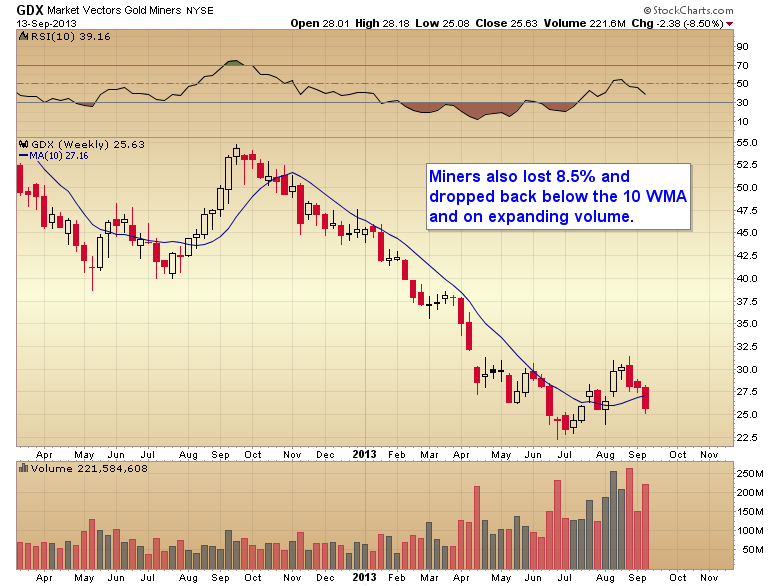 Just based on those three charts the sector is screaming that an intermediate top has formed. At the very least I think one has to wait until these three weekly charts are repaired before risking further long exposure to the sector. Keep in mind I’m not recommending selling short, the daily cycle is due to bounce soon, probably on the FOMC statement. But there is a strong possibility that bounce will be a fakeout to drawn in another round of buyers only to reverse and head back down again.
I continue to think this is a high stakes game where big money insiders are trying to lower the starting point before the bubble phase of the gold bull begins. As I’ve noted before if one can artificially lower the beginning of the bubble phase to let’s say $1000 instead of where it naturally occurred last summer at $1550, then the profit potential once the bubble phase begins is dramatically magnified.
I’m convinced the force behind this is trying to drive gold back down to the prior C-wave top at $1030 before reversing course and riding the bubble phase of gold into a top somewhere above $5000. It remains to be seen if they will accomplish their goal, but they did succeed in forcing gold back below the critical $1350 support level on Thursday’s premarket hit. 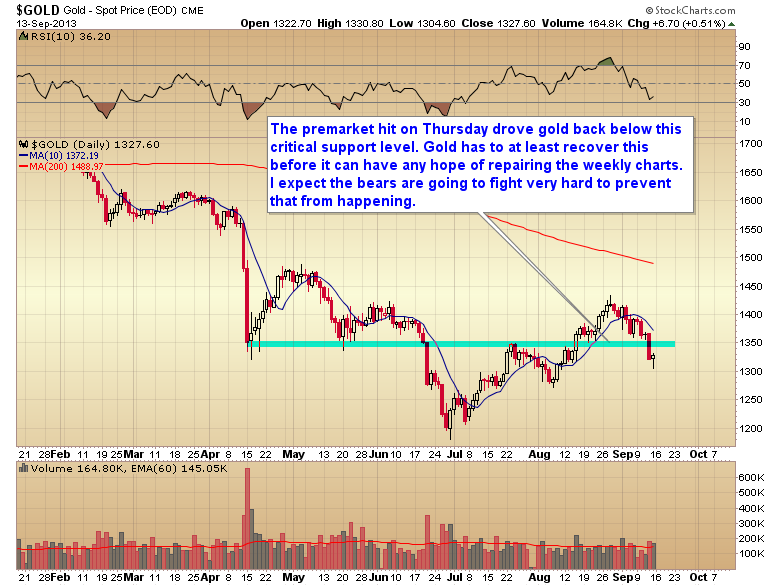 At this point the bulls are back on the defensive. They have to at the very least recover that $1350 level before they have any chance at repairing those weekly charts.