With all the uncertainty in the world, and everything that could happen over the weekend, I think it’s safe to say that the market didn’t rally 22 points naturally to complete a swing low as we go into the weekend. When I saw the index futures turn from deeply oversold to positive as if by magic in the pre-market Friday morning I had a pretty good idea that the Fed was ready to put an end to this correction. By the end of the day it looks like they probably succeeded (at least for now). 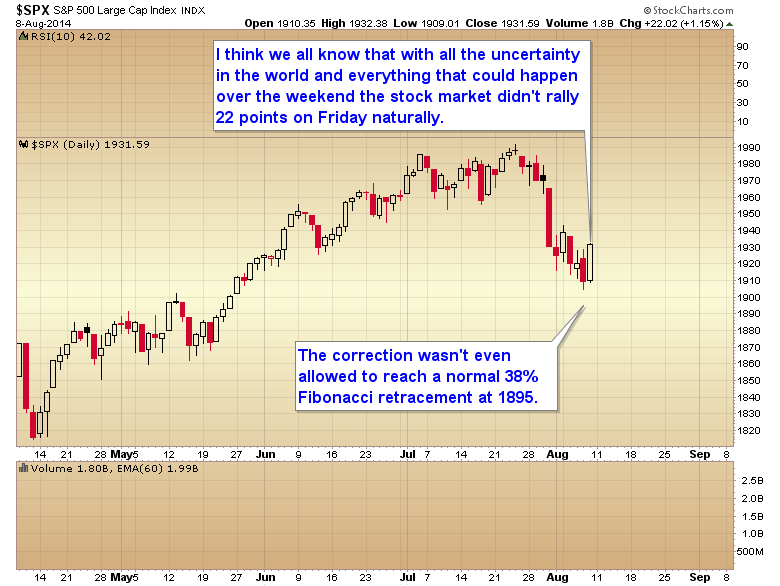 Now the question becomes, since the Fed didn’t allow even a 38% retracement is this just a daily cycle low, or was that all we are going to get for an intermediate degree correction? Looking at the McClellan oscillator this kind of powerful surge is usually indicative of an intermediate degree bottom. However, I’m not sure that’s going to be the case here. 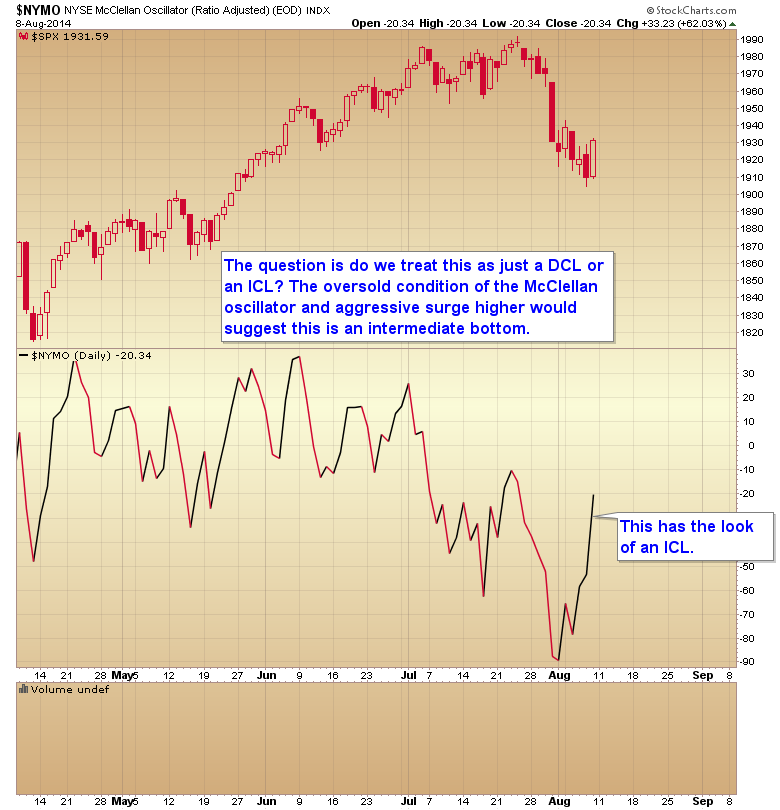 If we consider that this correction was terminated prematurely then I suspect we are going to have to retest these lows in the coming weeks so what I think is likely to play out is a move back up to and maybe marginally above 2000, followed by another move down that at least retraces 38% of this intermediate rally. In other words I’m looking for a short daily cycle that makes a slightly higher high and then a marginally lower low.

That should set the market up for the Fed to ram it back up ahead of the September FOMC meeting and probably through most of October ahead of the midterm elections. As a matter of fact we may be looking at a potential megaphone topping pattern in the months ahead. 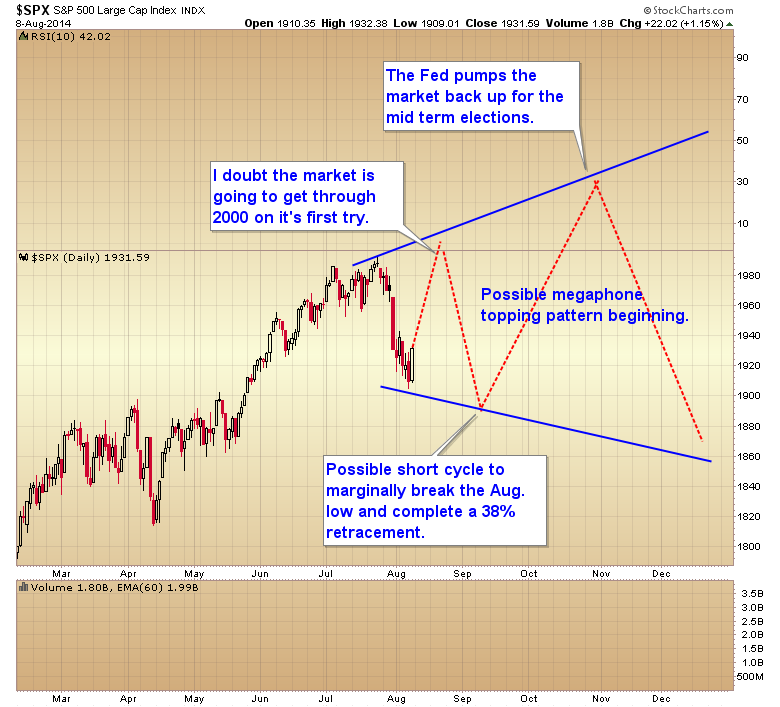 This was how the last bull market topped also, as the Fed tried to artificially prop the market up with zero interest rates and trashing the dollar. 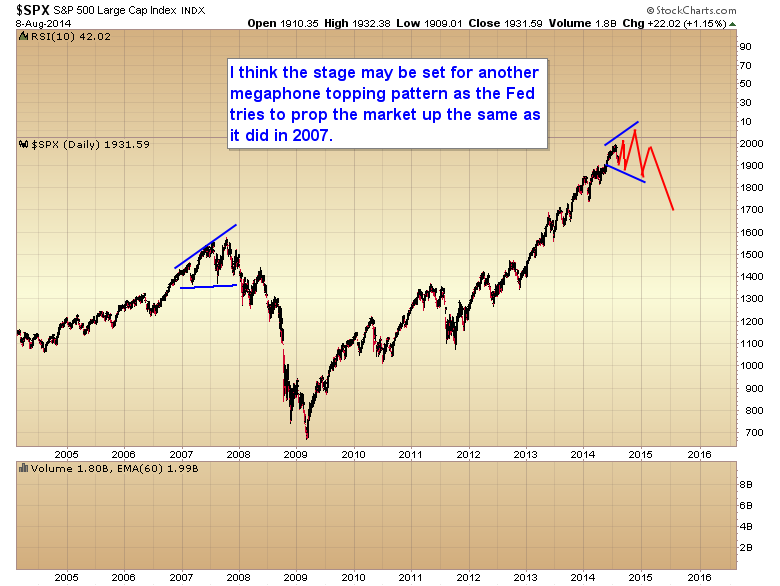 Unless we get a miraculous reversal on Monday that does test that 38% retracement, I suspect the stock market has a date with the 2000 level pretty quickly. I don’t think the S&P is likely to get through that level though, at least not on it’s first try. 2000 is too big of a psychological level to be easily overcome.

3 thoughts on “ARE STOCKS FINALLY STARTING THE TOPPING PROCESS?”