With the S&P losing support so early in a new daily cycle on Friday I’m afraid we’re probably set up for a choppy market in January. 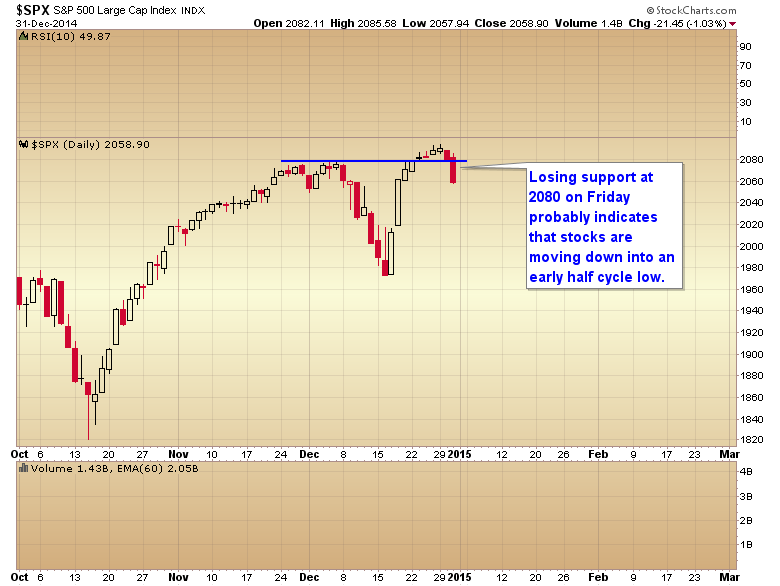 I had my doubts as to whether the market could break through 2100 on the first try, and Friday’s move has probably confirmed that it is not going to. With the market starting down into a half cycle low, along with an upcoming earnings season, ECB decision on QE (Jan. 22), and Greek vote (Jan. 25) I expect the stage is probably set for the market to chop sideways underneath 2100 for most of January before a brief breakout late in the month. 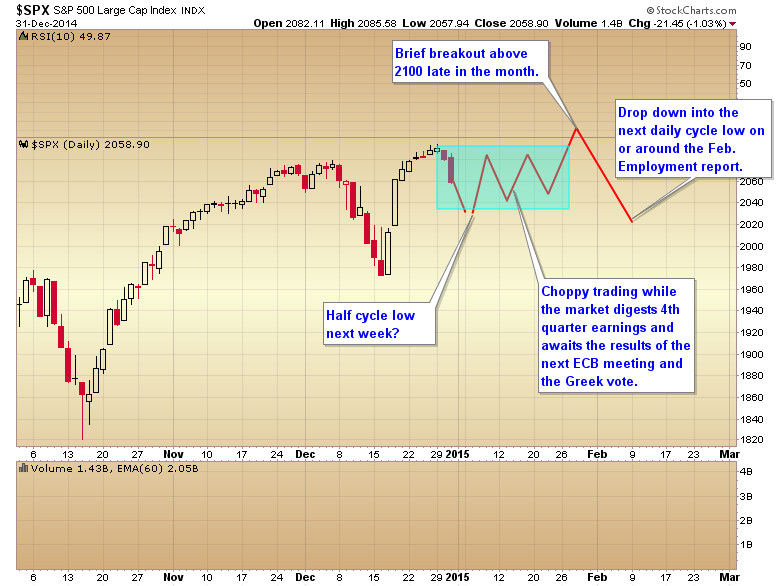 As a matter of fact I suspect the entire first quarter is likely to be difficult as I expect the rally out of the early Feb. daily cycle low (diagrammed in the chart above) will probably form as a left translated cycle and then drop down into a sharp intermediate correction. Why? Because I expect Yellen will set a date for the first rate increase during the Feb. Humphrey Hawkins address. The market will rebel by falling hard into a deep intermediate degree correction. (Don’t get me wrong, I’m not calling a final top, I still think there is little chance the market tops before the NASDAQ reaches 5100.) 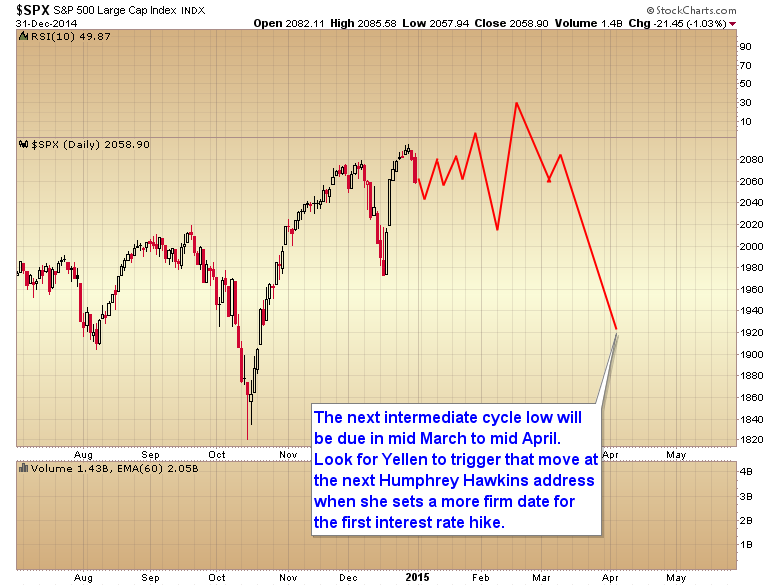 If the move is deep enough it might even trigger QE4 and that could give us a final parabolic move to top off this QE driven bull market.

So if stocks are going to be stuck in a volatile trendless consolidation for a while then where can one make money you ask?

Day traders may do OK in the weeks and months ahead, but I think the most likely place for at least a tradeable trend may come in the commodity markets. They are way overdue for a counter trend bounce, especially oil. Just don’t get too greedy as it’s still too early for the CRB to form a final 3 year cycle low, so this will probably be short lived. But we could see commodities rally for a month or two before resuming their bear market trend into a final bottom maybe later this summer or next fall. 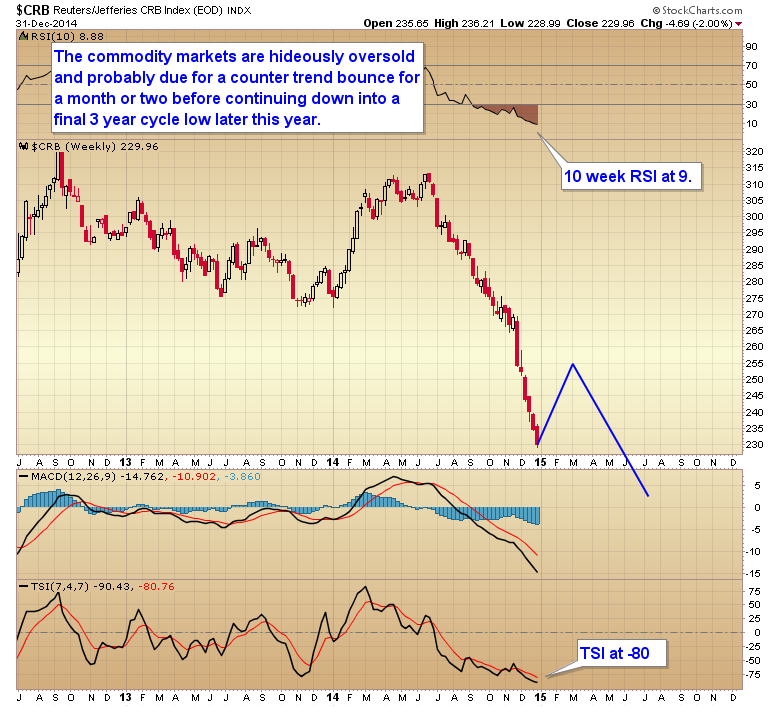 This would square up with the dollar moving down into an intermediate correction as it is also way overdue to take a breather. 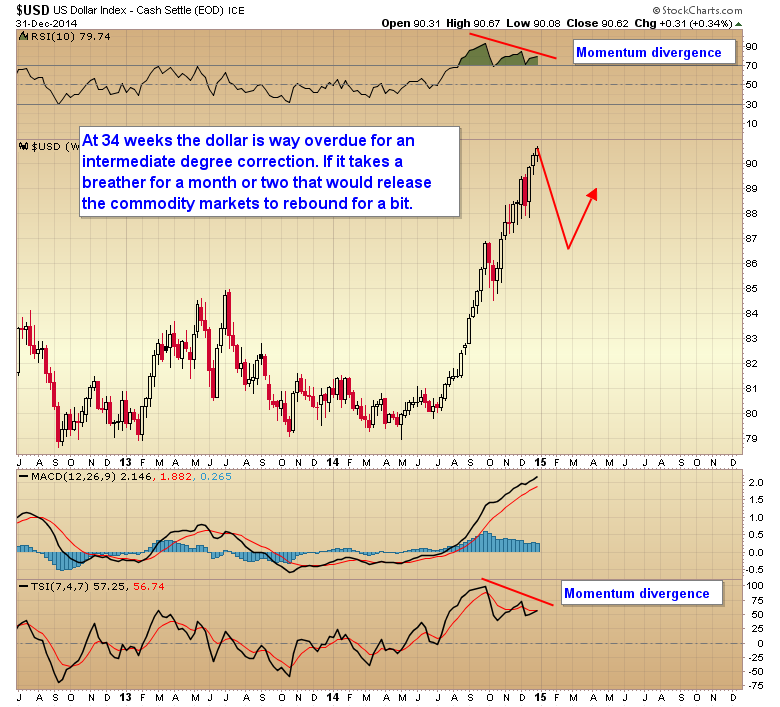 The key is oil. Oil has to break free from OPEC forces trying to push it down. In order to do that it’s going to need some help from the dollar. So watch the dollar for a sharp break to the downside in the days ahead. A large volume spike on UUP on a down day would also be a clue that the intermediate tides may be ready to turn… at least for a month or two.