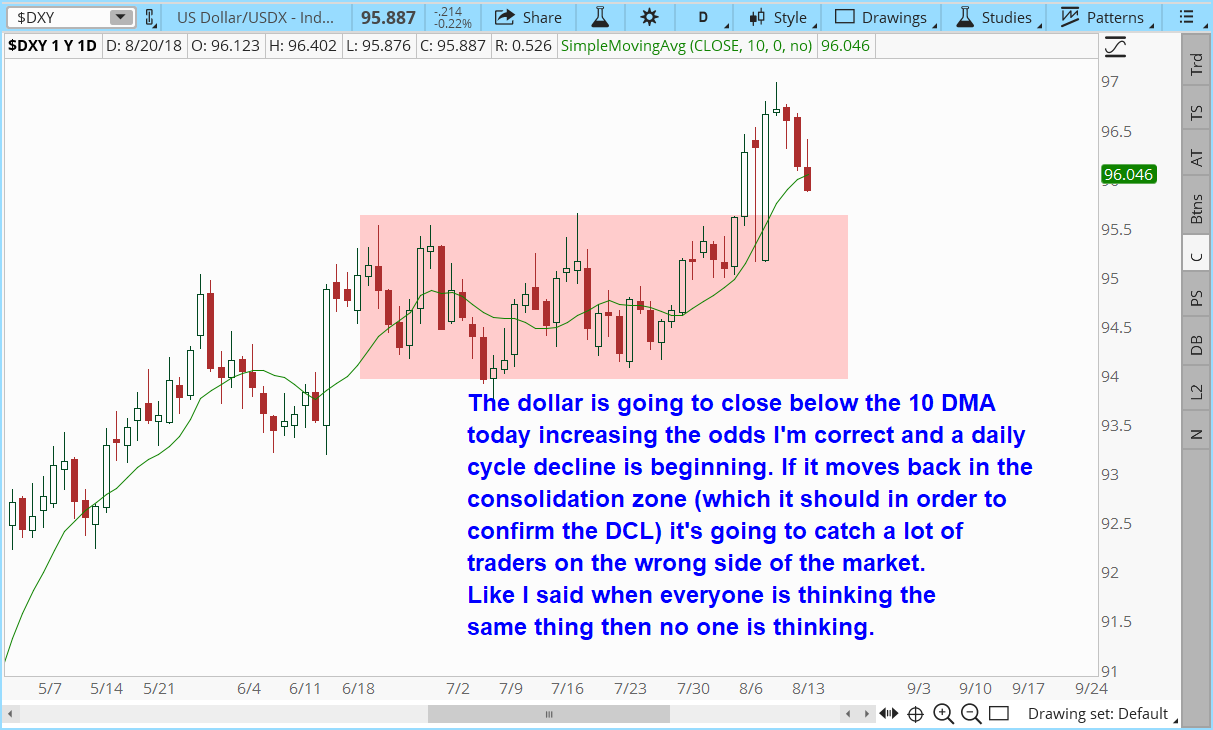 There have only been a handful of times over the last 20+ years that sentiment in the metals has been this horrid. According to sentimentrader the median gain after this level of capitulation has been 43% over the next 2 months. Remember the further the rubber band gets stretched the harder and further it rebounds once the selling pressure is released. From today’s close a 43% rebound in GDX would be….$25.

The perma bears and trolls are falling all over themselves thinking I’m going to be wrong, but when this is all said and done I’m going to be correct again, and the contrarian trade is where the really big money will be made. The problem is that almost no one has the mental stamina to hang on through the drawdown if they mistime the entry. And one really doesn’t have to. You can just stop out for small losses as one tries to find the bottom and conserve capital. Once the bottom is in the gains should be large, easily recovering the small losses.

As I said a couple of days ago, we took a loss on our last trade. The SMT metal portfolio is back to break even, but we are in a very good position to make some stellar gains once the bottom is in and the next rally begins. So we’ll keep shooting until we do find the bottom, I think it’s going to end up being very profitable.

We’re at a crossroads today. The SPX has been moving down into a DCL. There is the possibility this could even turn into a larger degree ICL. But today’s reversal  opens the door that a market intervention was staged to stop the downward momentum. If so and that’s all we’re going to get for the DCL then it’s going to require a 5th, or maybe even 6th daily cycle before stocks deliver the next real intermediate degree correction.

I anticipated that an intervention could occur today and that is why we exited our TVIX trade. Now we just have to determine whether the DCL was aborted prematurely or if will run to completion. If so then here we come 8000 Nasdaq and an all time high in the SPX is in the cards.

So we’re playing this one day at a time as we try to determine which it’s going to be.

I also think the dollar has likely topped (for this intermediate cycle). I’ll do a video on the dollar soon. Nothing has changed in my opinion. I just miscalculated where the 3 year cycle low occurred. I initially thought it came as a slightly short cycle back in 2016. In fact the 3 YCL came early this year as a slightly stretched cycle. That is why we are getting such a strong rally. The bottom in February was not only an intermediate and yearly degree bottom, but also the largest degree 3 year cycle bottom. But I don’t think the dollar will be able to make new highs. I think the three year cycle is going to left translate and confirm that a cyclical bear market began in early 2017.

This has been the hardest contrarian trade I’ve ever tried to enter for sure. We missed on our last metals trade and now we’re back to even in the metal portfolio. That’s a heck of a lot better than most challengers though as many are now down 20-30% or more. As I said the odds of any of last years winners repeating this year are slim. As of right now many are giving back much of their gains from last year.

In the meantime the stock portfolio is doing well. Marked to market today it’s up 20% and we’re waiting on the sidelines for the next correction before we buy back.

UPDATE: We took profits on a TVIX trade today and that has taken the stock portfolio to new all time highs. +178% over the last 2 ½ years. 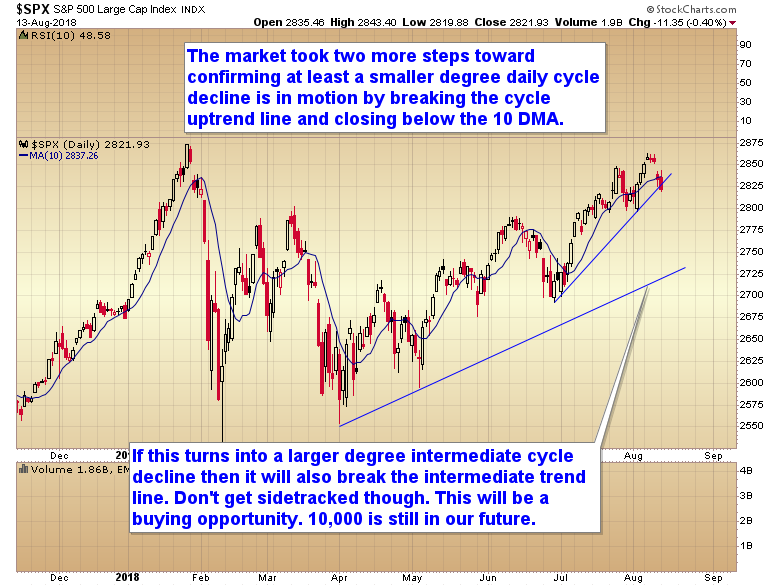 I’m now watching to see if the Nasdaq can recover and bounce back to test 8000.

Like I said in my last video, there isn’t enough profit potential at this point to make it worth trying to catch the last 1%. It’s very late in the daily cycle and that puts the odds against a sustained breakout above 8000.

When we do get a pullback into the next daily cycle low that will be a much less risky spot to buy. At that point there will be another 35-40 days of potential rally. Right now we might have 2-5 days to rally, and we could also turn south again before the close. So too much risk, not enough potential.

We took profits on our stock market positions yesterday. It’s probably time for a correction. Maybe a larger degree ICL. I went over that scenario in the morning report for premium members.