Today will mark the 15th day of the current daily cycle in gold. Gold has been up 13 out of the last 15 days. It’s getting overbought.

Usually the daily cycle runs about 20 -25 days. At this point it is probably too late to chase the move. 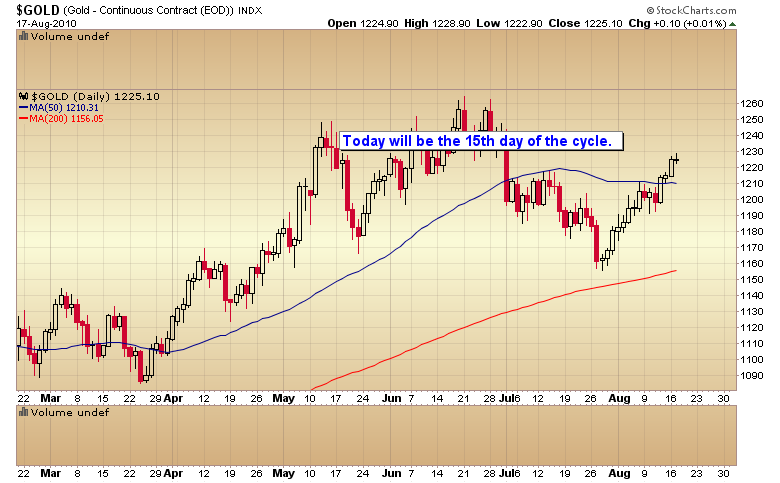 There are also a couple of gaps on the GLD chart that need to be filled. The first one is filling today. I expect both will get filled at some point during the coming cycle correction.

If you already have a position then just hang on. If you still need to add I would advise waiting till we see the dip down into the cycle low.

Whatever you do don’t short. Remember in bull markets the surprises come on the upside. I think the recent 3 week move has demonstrated that, probably painfully so to anyone who fell victim to the technical chart pattern and shorted the break of the May pivot.

93 thoughts on “TOO LATE TO CHASE”