We’re now starting to see warning signs pop up that a correction is imminent.

Despite the market making new highs breadth is diverging badly. Aka the market is being driven higher by fewer and fewer stocks. When this starts to happen late in the daily cycle a correction isn’t far away.

We now have a large divergence in the McClellan oscillator. 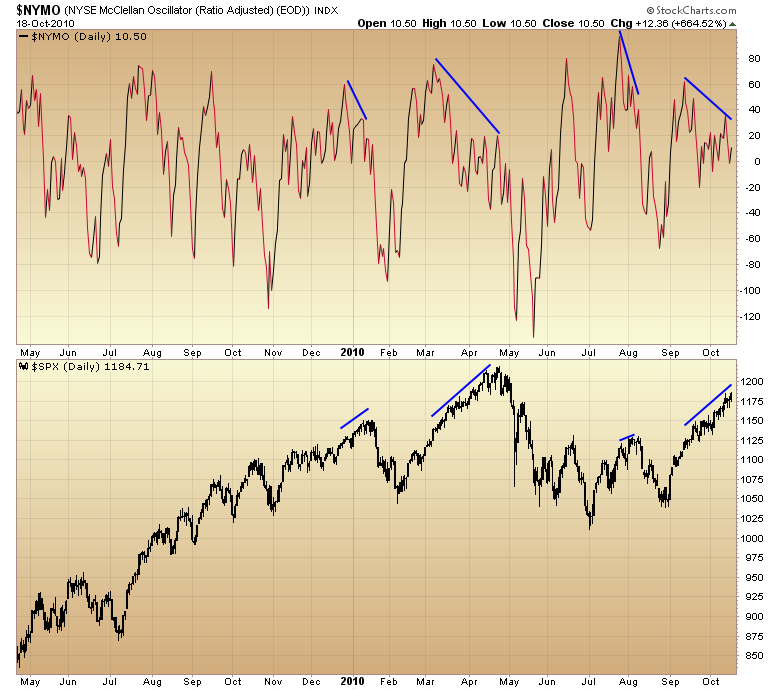 If we happen to see a down day today the slower 10 day moving average will turn down and join the faster 5 day average on the new high/ new low chart. Granted that doesn’t always lead to a correction but when it happens late in the daily cycle it’s a pretty reliable sell signal. 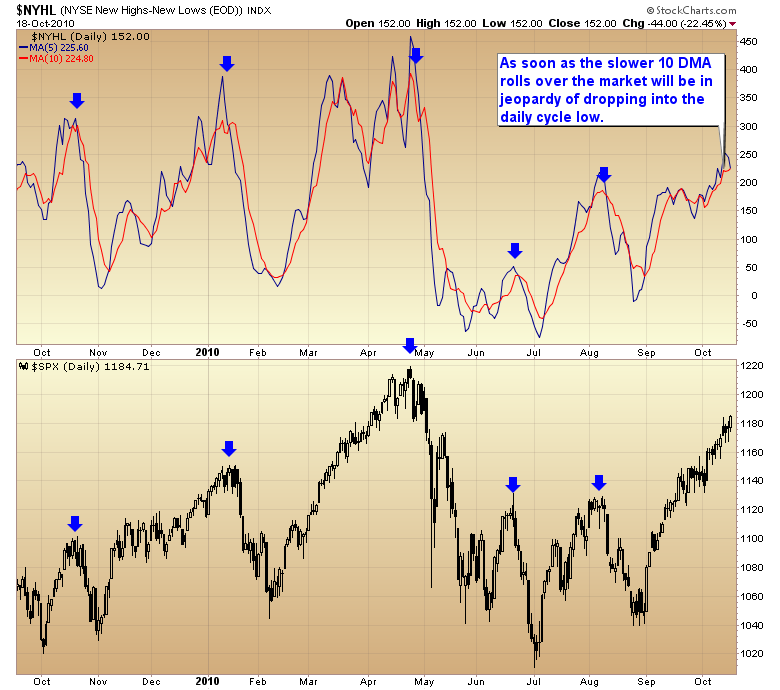 We are now late enough in the daily cycle that these warning signs should probably be taken seriously. It’s probably too late to continue pressing the long side. To do so one risks getting caught in the down draft when the correction begins.