Don’t let the title fool you, for reasons I’ve outlined in this weekend’s report I think gold likely has one more move to new highs before the D-wave begins.

However the action in the dollar and silver this week have probably taken the parabolic phase of this C-wave off the table. Rather than the normal sharp spike up it appears that this C-wave is going to end with a more modest move than prior C-waves. That being said it did last much longer and gain just as much above the prior C-wave top as any other C-wave. So in terms of duration and magnitude this C-wave has fulfilled every expectation.

I’ve noted in the past that a D-wave is a regression to the mean, profit taking event. That regression tends to be most severe when the C-wave ends with a parabolic move. Action and reaction.

However this time it appears there will likely be no parabolic rally to top the C-wave. In that case the D-wave will probably be milder than prior D-waves. As a point of reference every D-wave so far has retraced at least 62% of the prior C-wave advance. 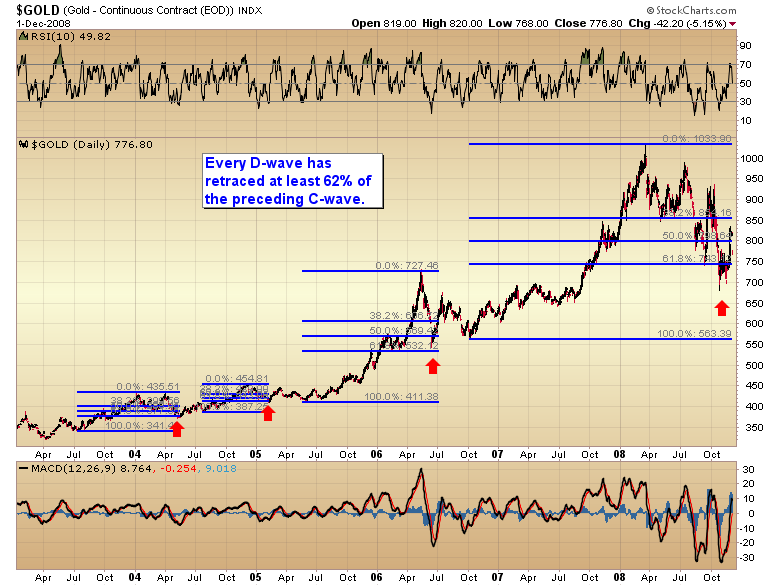 Without the parabolic stretch I think it’s likely that the impending D-wave will only retrace roughly 50% of this C-wave. If gold pushes up to a marginal new high slightly above $1600 (in the weekend report), then it will probably only drop to around $1250 which just happens to mark the upper boundary of last summers consolidation zone. 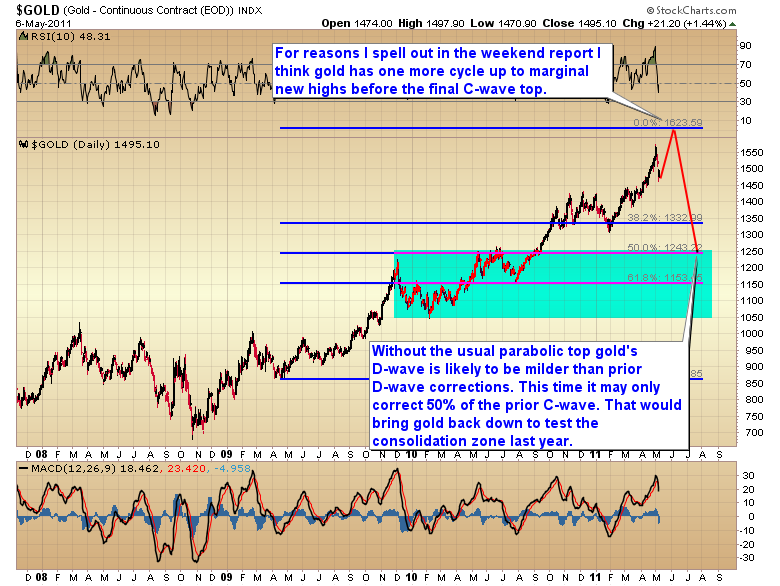 What should follow after that is a fairly strong A-wave surge. A-waves usually test the but don’t break to new highs. At that point gold will enter a long sideways period to consolidate the massive gains made during the this last C-wave. During this period it will get very tough to make money in the precious metals market. 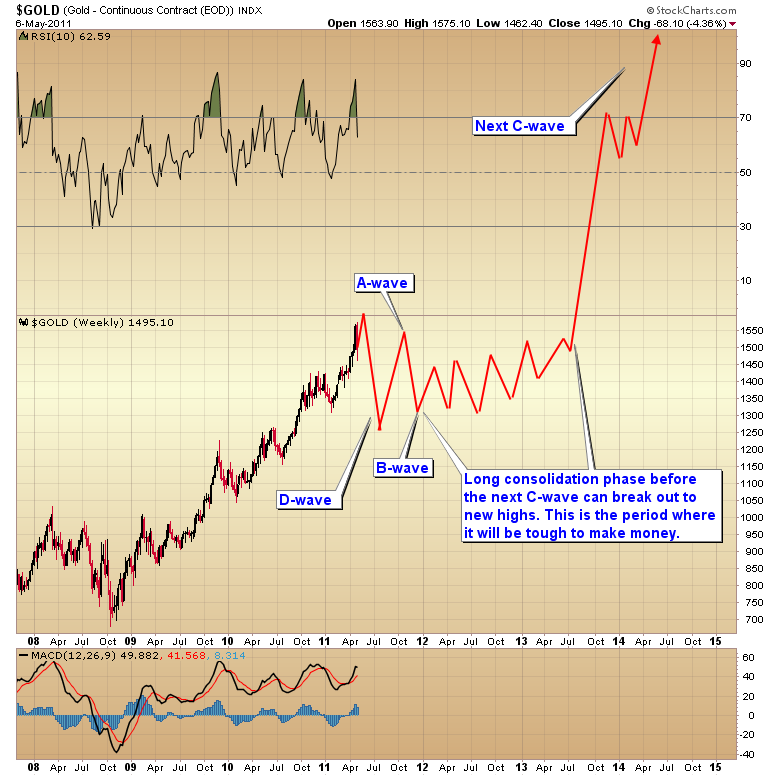 This year still has great opportunities left and of course we still have the next C-wave to look forward to in 2013. That one should make this C-wave look puny in comparison.