I realize that most people that come to this blog are bullish on gold. I myself am definitely bullish long-term. That being said warning signs are starting to build.

Since gold is down this morning there’s a good chance that the mining stocks are going to break the intermediate trend line today. The complete failure to follow through on the move above 600 is also concerning. Usually after an asset has tested an area three times the breakout  occurs with strong follow-through. 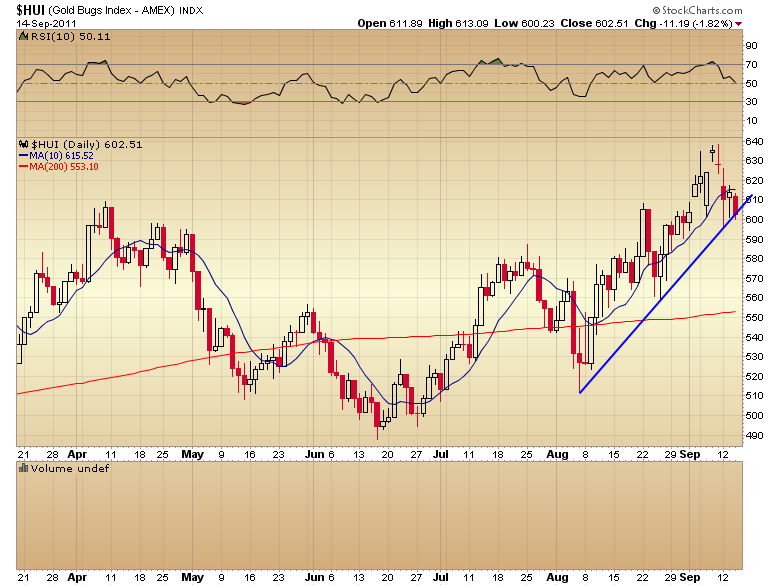 Gold is also in jeopardy of breaking the  intermediate trend line. 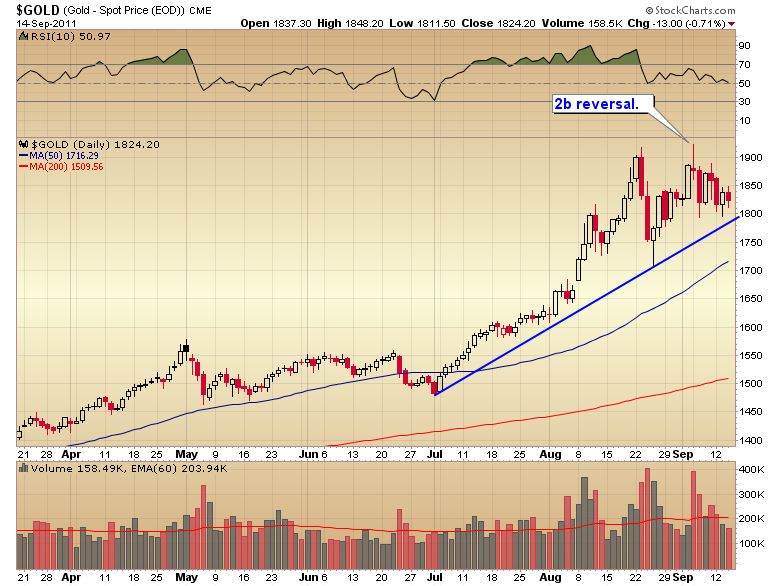 A move below $1705 would confirm a failed daily cycle and a left translated intermediate cycle. That would almost certainly lead to a D-wave decline.

Moreover as this would be a left translated intermediate cycle it should move below the prior intermediate low. Taking that into consideration it would be more likely that gold would decline to test the consolidation zone around $1400 before putting in a final D-wave bottom. 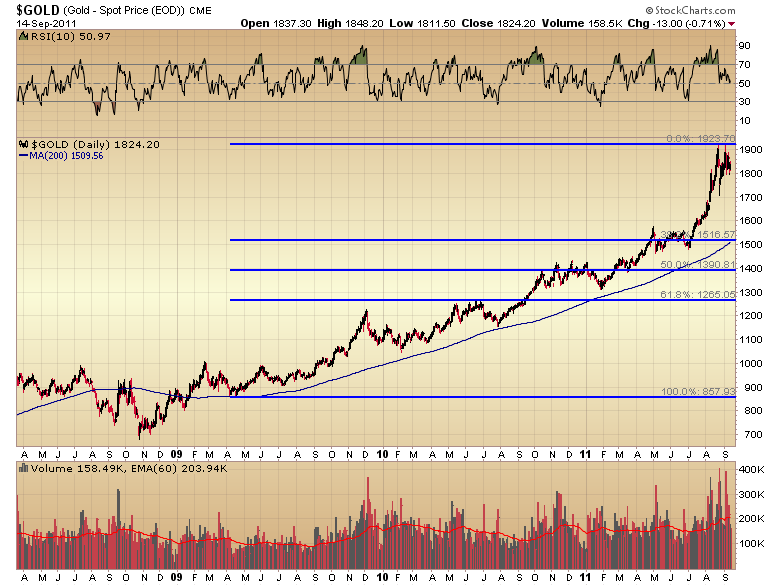 I’ve mentioned before that C-wave tops tend to occur slightly above a big round psychological number. We currently have a 2b reversal at $1925.

For those people holding gold or mining stocks your position size needs to be small enough that you don’t do serious damage to your account if gold takes out $1705 as that would confirm that a D-wave decline has begun and probably still has another $300 to go before a final bottom.

328 thoughts on “CAUTION IS WARRANTED”