Gold has now confirmed that an intermediate bottom was set on September 26. The double bottom at $1600 is a powerful basing pattern that should generate a test of the $2000 level by sometime in December. 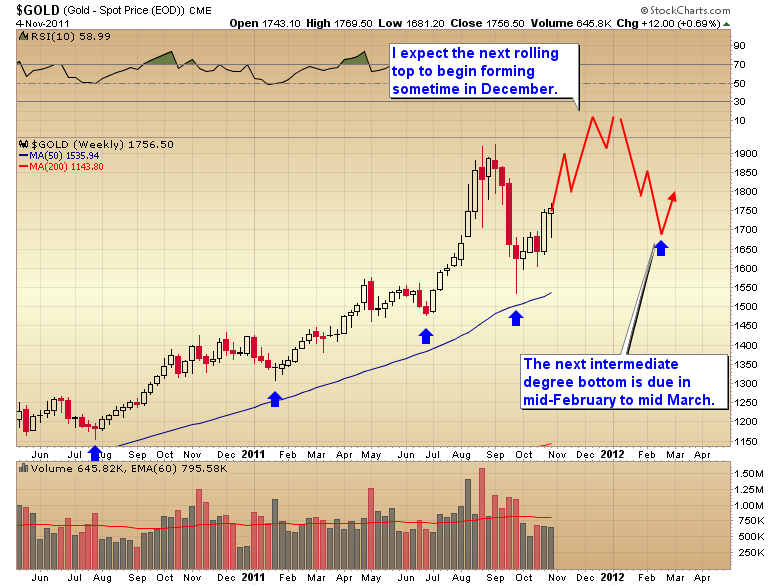 For reasons covered in the nightly reports I don’t really expect gold to push much above the $2000 level during this particular intermediate cycle.

Also for reasons discussed in the nightly reports I think the mining stocks, which have been unloved for the last year, are probably going to be the recipients of most of the hot money during this intermediate cycle. Both silver and gold have already generated parabolic, or semi parabolic moves. I think it’s time for a big rally in the mining stocks over the next four or five months.