While I suspect this is probably the furthest thing from what most investors expect, I think the dollar index is very close to forming another major top, and once it does it should release oil, gold and the rest of the commodity index from their extended corrections. Granted no one believed me when I called the major three year cycle low in the CRB last summer either.

As you can see in the next chart, as soon as the dollar began to rally out of its last intermediate bottom, commodities, including oil and gold, all began to move down into major intermediate degree declines. For gold this has turned out to be one of the most difficult yearly cycle lows of the entire bull market, other than the eight year cycle low in 2008. 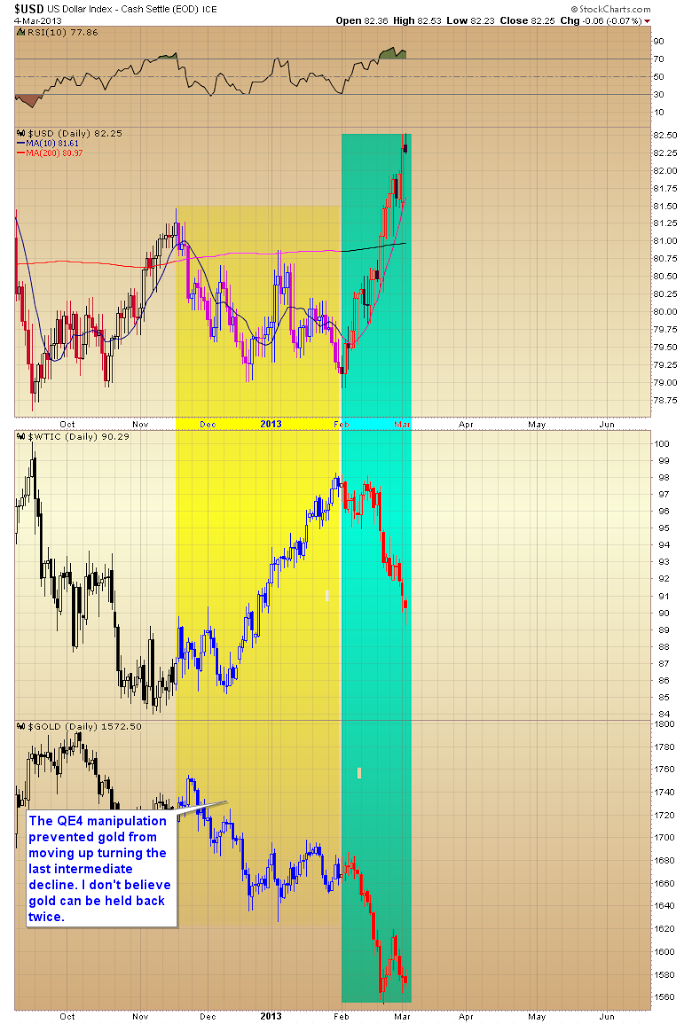 I know it doesn’t seem like it but I can assure you that the gold bull market is not dead. This is just a very severe move into a yearly cycle low. Granted it is one that was exacerbated by some short-term manipulation right after QE4, but still just a normal cyclical decline that tends to occur most years in early spring. Since this particular yearly cycle low has been so severe it should act as the spring board for the next major leg up in the secular gold bull market. 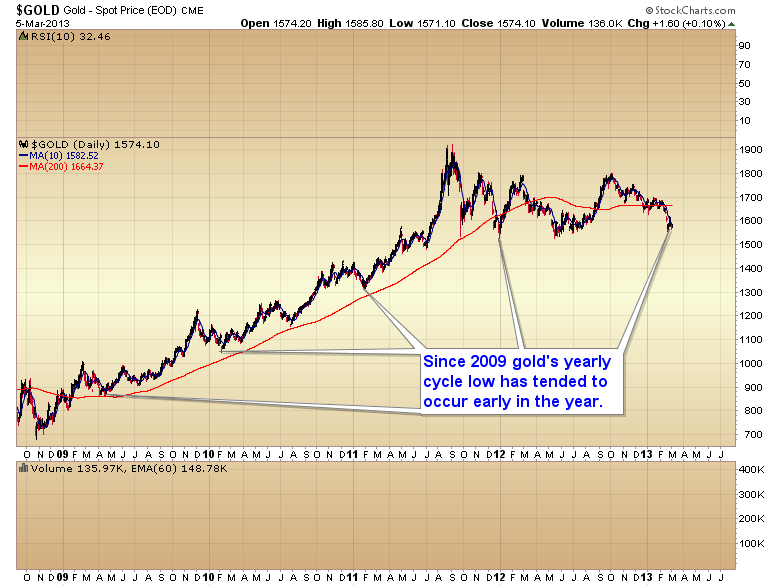 As we have seen in the gold market, a move down into a yearly cycle low tends to be the most severe cyclical decline. Now it is the dollars turn to move down into a yearly cycle low. Over the next 2-3 months we should see the dollar retest, and then break through the 79 support zone. When it does I expect to see a waterfall decline similar to what has transpired in the Japanese Yen and the British pound recently.

This should drive the next leg up in the CRB’s rally out of its three year cycle low, and trigger the first real inflationary surge, which I think will culminate in a massive spike in commodity prices sometime in late 2014 or early 2015.

I also think the expected hard move down in the dollar will trigger a violent rally in the precious metals market.

Considering the extreme oversold technical, and sentiment levels in the precious metals market, we now have the conditions necessary to power a violent rally, at least to test the 2011 highs over the next 2-3 months. Once that test is complete we should see gold break out to new highs on its way to an expected final T1 PATTERN C-wave top somewhere in the neighborhood of $3200. 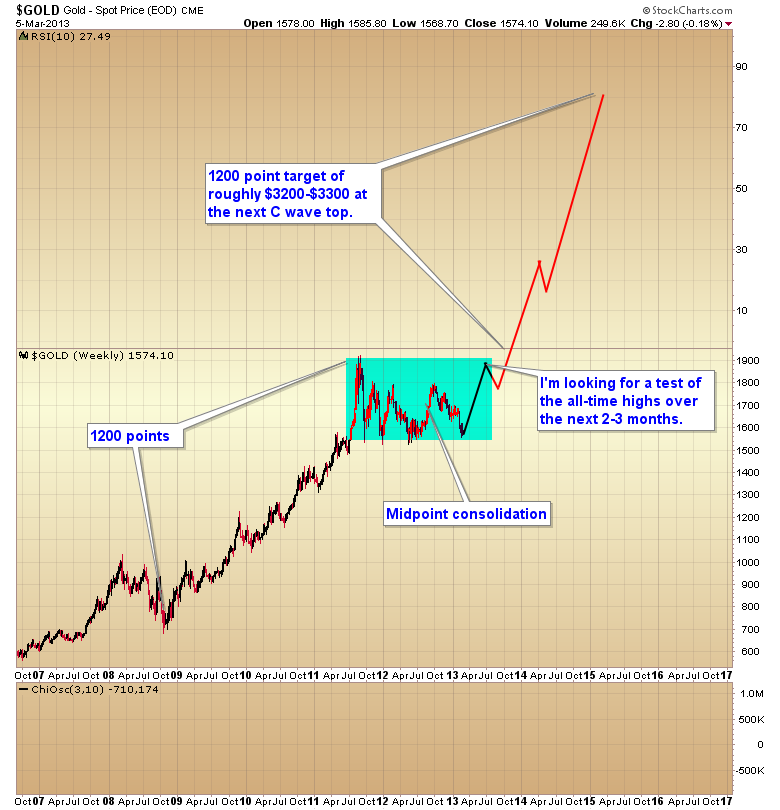 Since currency cycles often turn on the monthly employment report, I think there’s a good chance that the dollar index is going to put in its intermediate top either Thursday or Friday. I think the odds are about 50/50 that gold has already completed its yearly cycle low slightly ahead of the dollar on February 20, and oil & the CRB may have formed final intermediate bottoms on Tuesday. If not then they may wait for a final top in the dollar, although usually commodities will sniff out a currency turn a few days early, and gold often by a week or so.

Based on the COT reports, commercial traders are already positioned for the next leg up in gold, and institutional money has been entering the precious metals market in a big way as evidenced by the buying on weakness numbers in GLD on February 28.

In the 70s and 80s gold rallied until Volcker reversed monetary policy 180° and raised interest rates to 20%. Bernanke is still stuck in Keynesian monetary theory and is showing no signs of reversing policy any time soon. Until Fed policy changes the gold bull market will remain intact.