As most of you probably know, I have been expecting the CRB to form a major three year cycle low sometime next summer. However I’m now starting to see some things that might indicate that major cycle bottom is going to occur earlier than I expected.

Since oil is the main driver of the CRB, and most commodities will follow its lead I’m going to focus on the action in oil. Notice in the next chart that oil has now reached oversold levels similar if not more extreme than the previous two 3 year cycle lows. 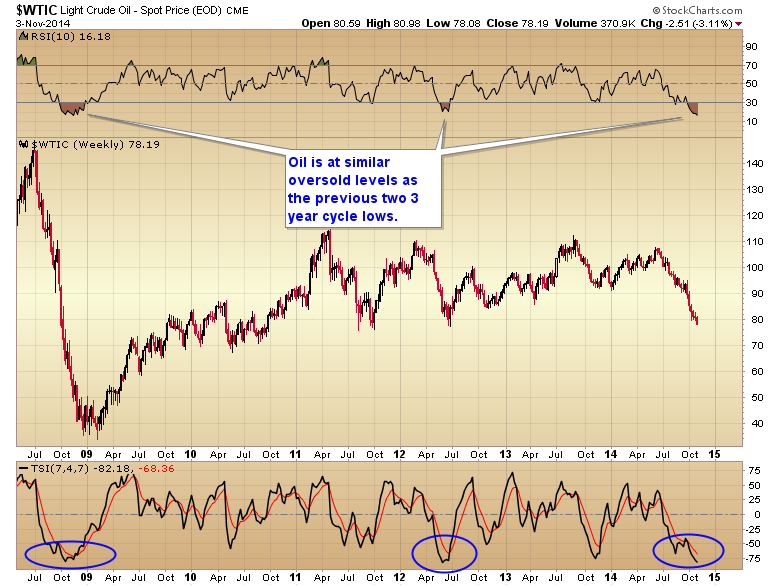 Sentiment in the commodity complex is also at levels last seen at the previous multi year cycle turning points. 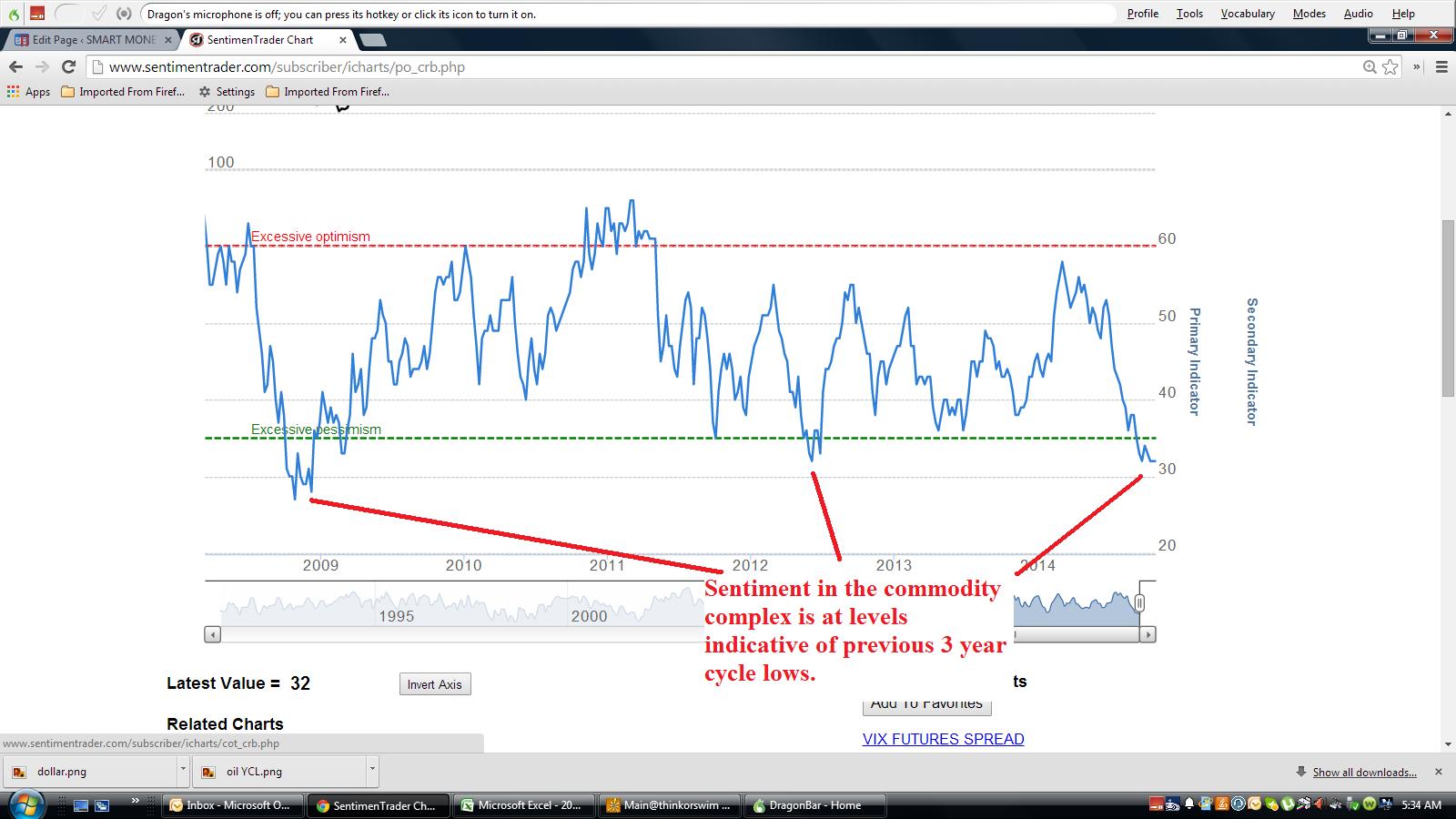 After breaking through support at $1180 gold has now dropped far enough to test the 61% Fibonacci retracement of the previous C-wave rally. Yes, I have been expecting a move all the way back down to $1050, but it’s entirely possible that the drop may come up $100 short and bottom at $1150 if the CRB is putting in a three year cycle low right here and now. 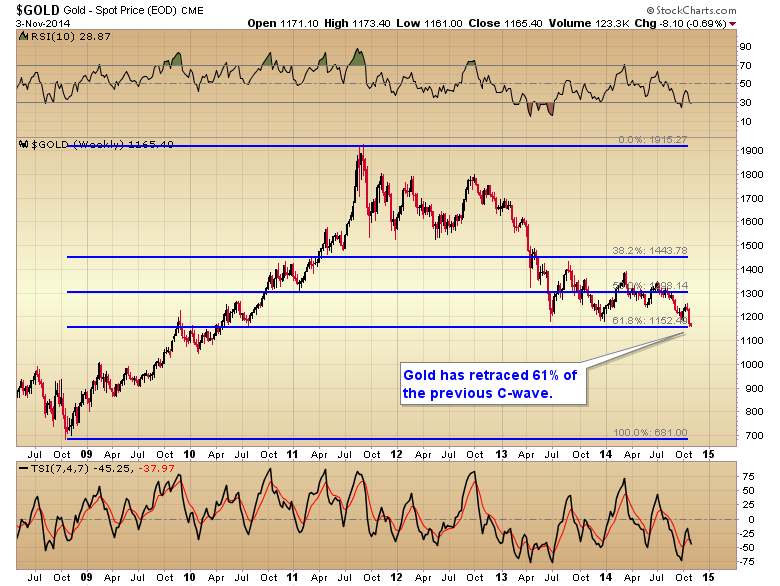 I believe oil is the key. When it finds its intermediate and yearly cycle bottom the rest of the commodity complex is going to turn back up. And in Elliot wave terms oil has started its fifth wave down. 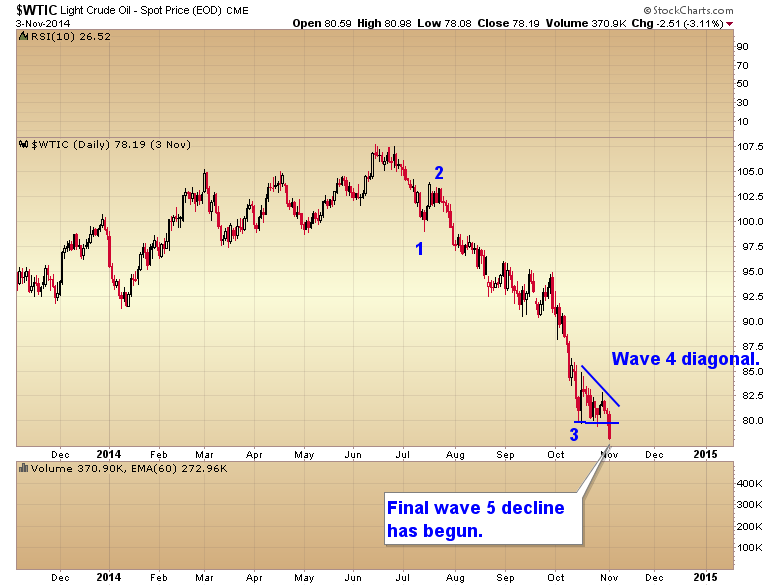 We’re only days away from a bottom, and it’s even possible the bottom will form exactly on election day like it did in 2012.

The movements in currencies are also connected very strongly with the commodity cycles. Notice in the next chart that the euro is within a whisker of testing its 200 month moving average where it has bottomed twice in the past. Once the euro finds a major cycle bottom the dollar is going to put in a larger degree top. 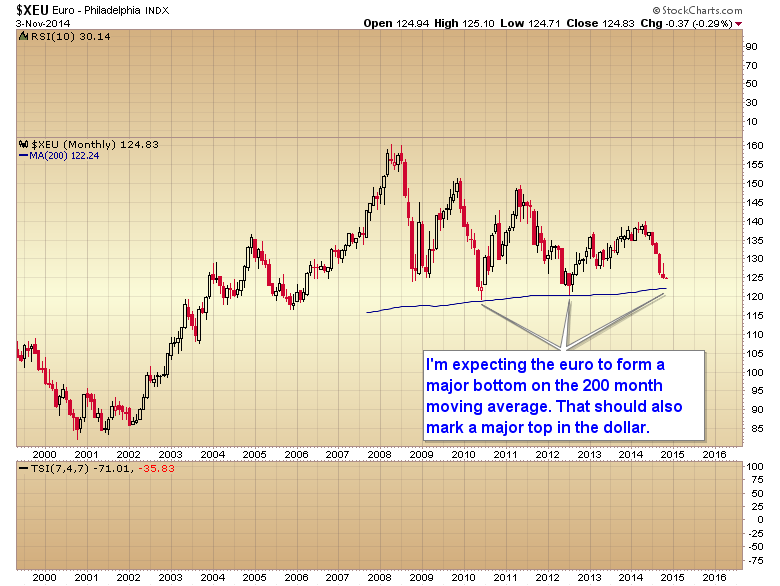 In the next chart of the dollar notice that it is approaching a level where the Fed has cried uncle in the past and acted to turn the currency back down. Also on a purely cyclical basis, the bottom in May of this year just does not have the DNA markers of a true three year cycle low. I know I’m the only cycles analyst saying this, but I think the three year cycle in the dollar is stretching and we are in the process of putting in a major multi year top right now with a very stretched three year cycle low to be achieved sometime in the next one or two years. 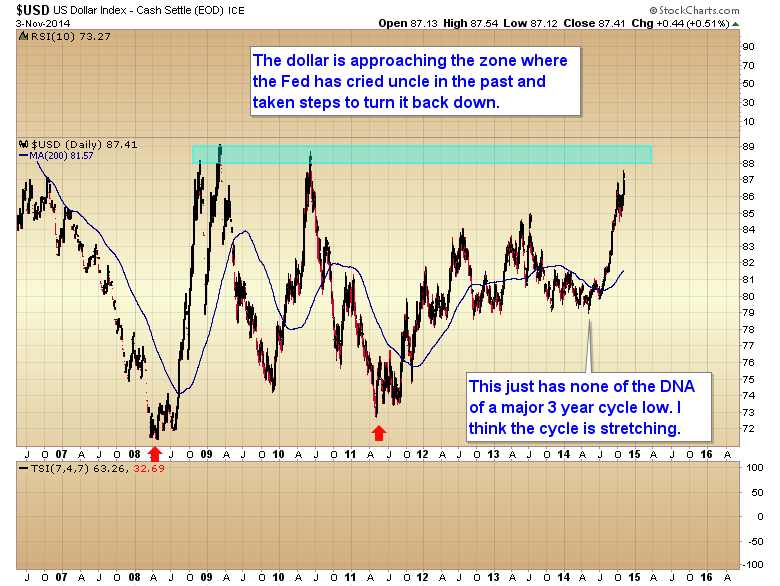 So for now we wait and watch the energy markets as they are the key. When oil finds its intermediate and yearly cycle bottom look for the rest of the commodity markets to turn and follow it higher, and all this nonsense about now being the time to buy a gas guzzling SUV will soon be long forgotten.

12 thoughts on “ARE COMMODITIES AT A MAJOR TURNING POINT?”