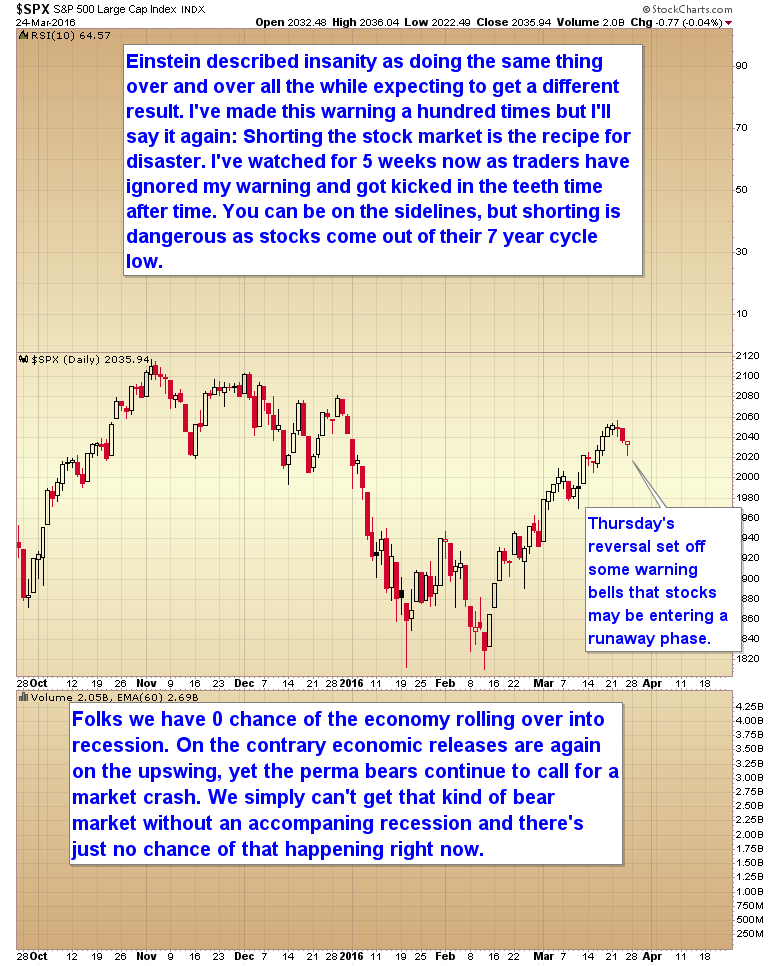 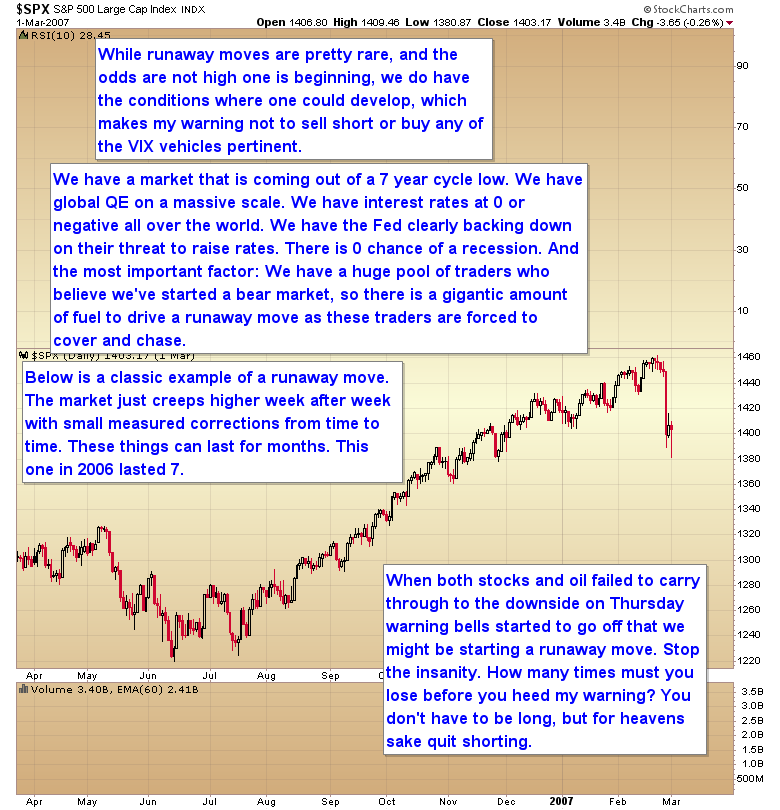 While runaway moves are pretty rare, and the odds are not high one is beginning, we do have the conditions where one could develop. This makes my warnings to not sell short or buy any of the VIX vehicles pertinent.

We have a market that is coming out of a 7 year cycle low. We have global QE on a massive scale. We have interest rates at 0 or negative all over the world. We have the Fed clearly backing down on their threat to raise rates. There is 0 chance of a recession. And the most important factor: we have a huge pool of traders who believe we’ve started a bear market, so there is a gigantic amount of fuel to drive a runaway move as these traders are forced to cover and chase.