Gold has tagged the 38% Fibonacci retracement of the previous intermediate cycle. This is the most likely spot for gold to drop into a half cycle low if it’s going to produce one. Dips are buying opportunities in the advancing phase of an intermediate cycle. 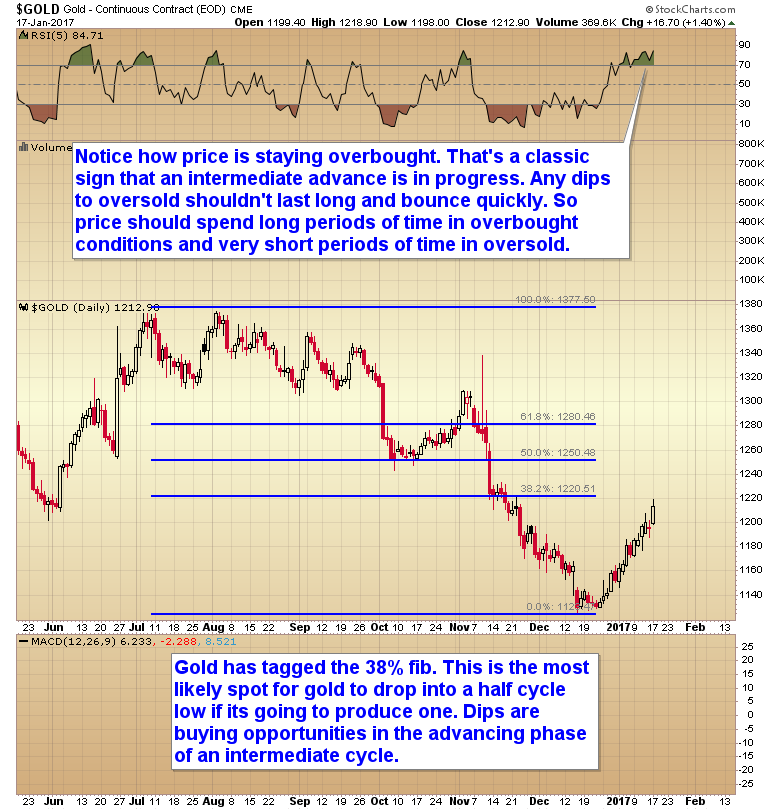