I predict it’s going to be a boring summer for stocks. Price will just churn sideways for the next 2-3 months and allow the long term averages time to “catch up”. 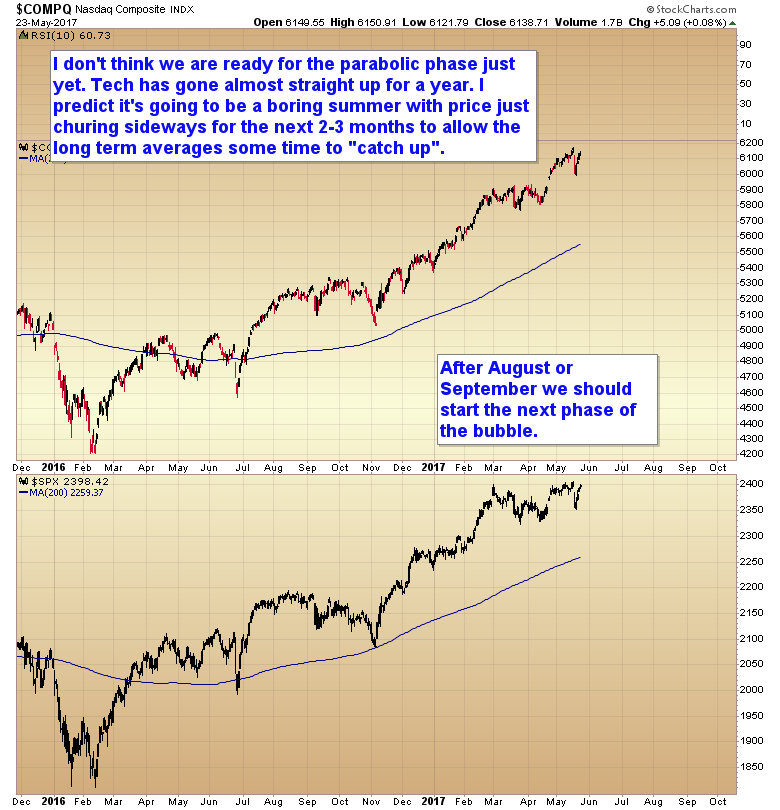 268 thoughts on “BORING SUMMER FOR STOCKS”