I’m going to go through some signs that rabid bears might do well to pay attention to because I think the market is very close to a major bottom. (That doesn’t mean we are guaranteed to make new highs, although we might. Just that we can probably expect an explosive rally soon, even if it ultimately turns out to be a counter trend rally in an ongoing bear market.)

First off way too many people are counting on the head and shoulders pattern taking the market directly down to 850. Folks historically these head and shoulder patterns have a success rate of about 50%. A coin toss. Didn’t we learn that lesson last July?

Anyway on to the charts.

My friend Doc noticed that the market dropped down to the 75 week moving average yesterday and bounced strongly. You can see that during the prior bull the 75 week moving average acted as final support during the entire bull market. That level also happens to be the 38.2% Fibonacci retracement of the entire cyclical bull move. Not an unusual correction in an ongoing bull on both counts.

Next we are now right in the timing band for a major intermediate cycle low. 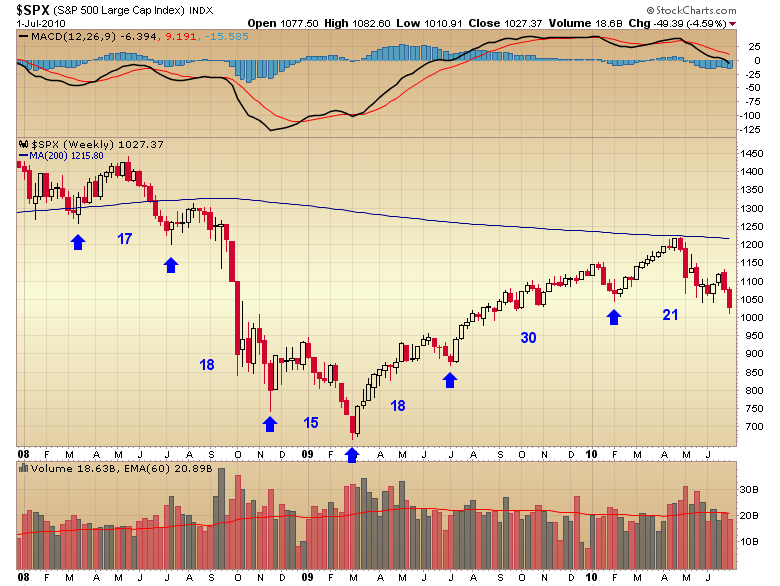 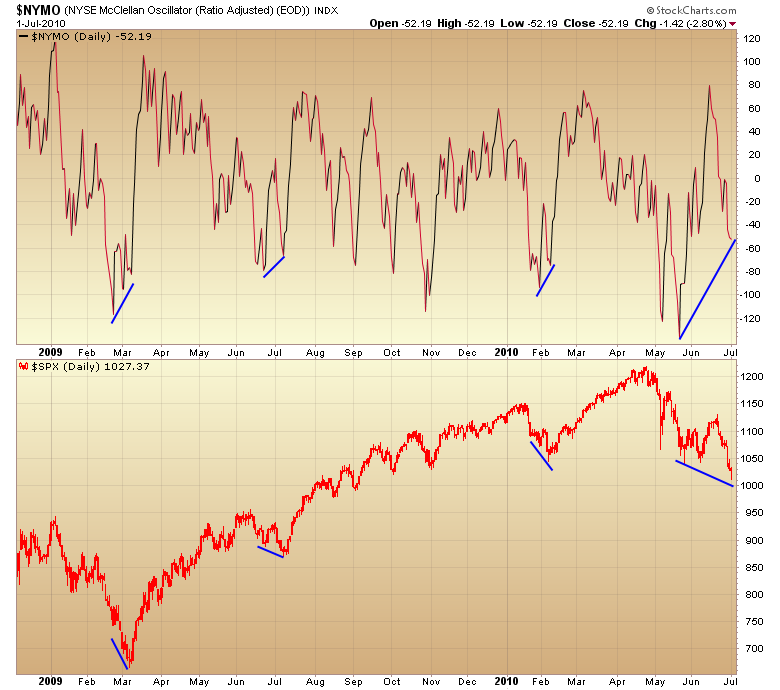 And least of all we now have a momentum divergence forming on the daily charts. 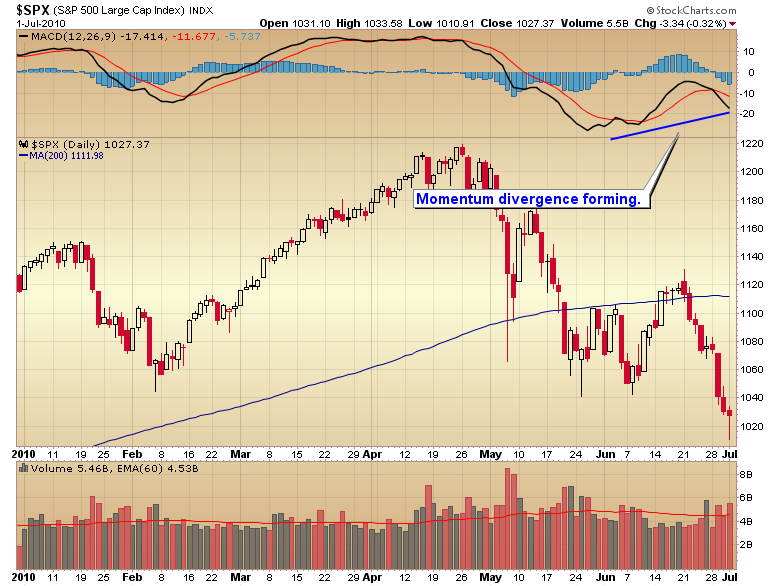 Finally I’ll point out that the February cycle bottomed on a reversal off the jobs report. I think it’s safe to say the market has already discounted a bad number so we could see shorts begin covering in a buy the news type trade, even if the number is bad. And if it’s good we will see the market gap higher huge, trapping shorts and throwing gasoline on the fire of a short covering rally.

It’s just too dangerous to continue pressing the short side at this point. Better to just step aside and not risk getting caught in the intermediate bottom that WILL happen sometime soon, maybe even on today’s employment report.