I’ve noted before that at intermediate turning points we will usually see breadth diverge from price.

The McClellan oscillator is now showing a large negative divergence and has moved back below 0 despite the market making new highs. 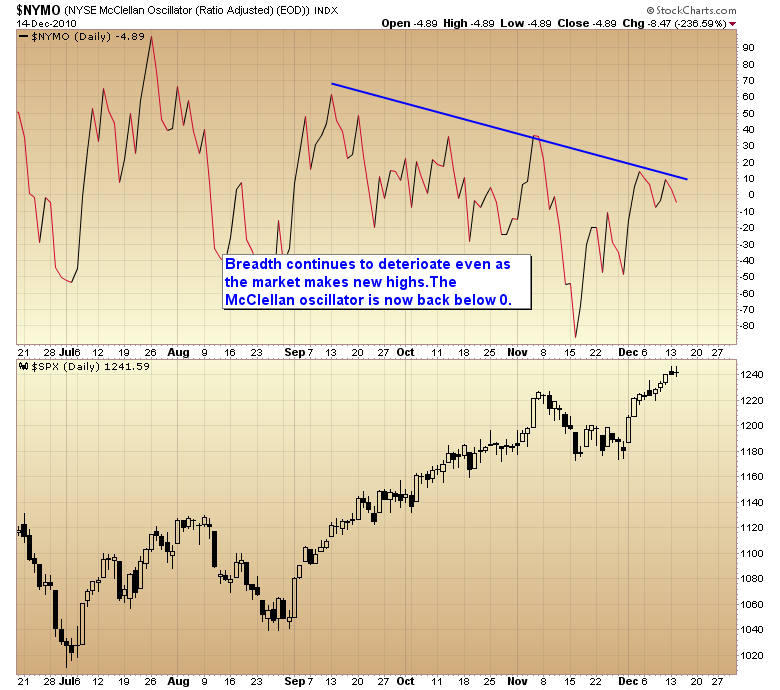 On a slightly more serious note we are also starting to see a divergence in the advance/decline line for the first time since the cyclical bull began. 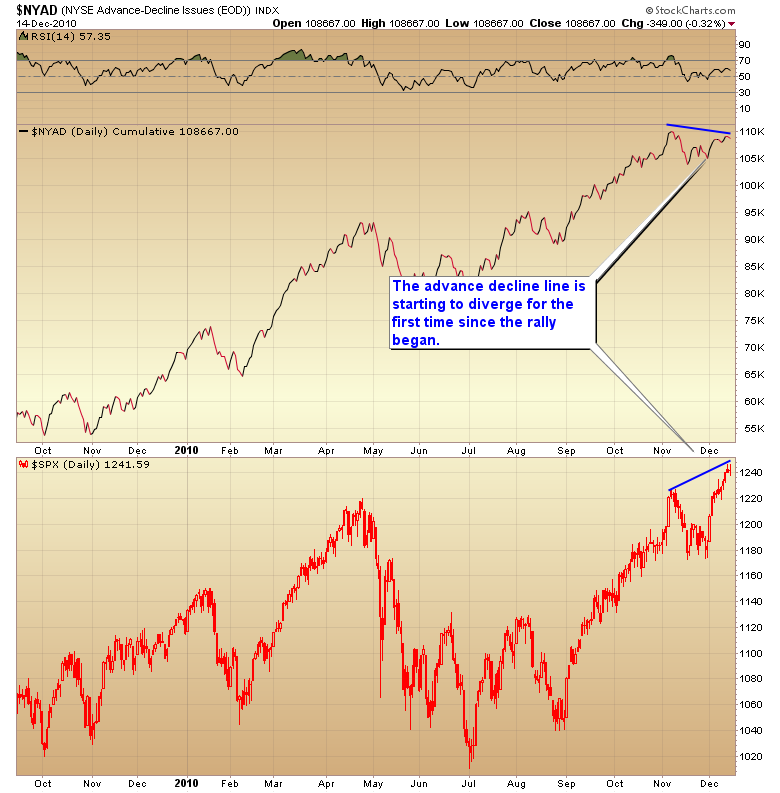 The last time this happened the market was entering the final topping process of the last bull market. 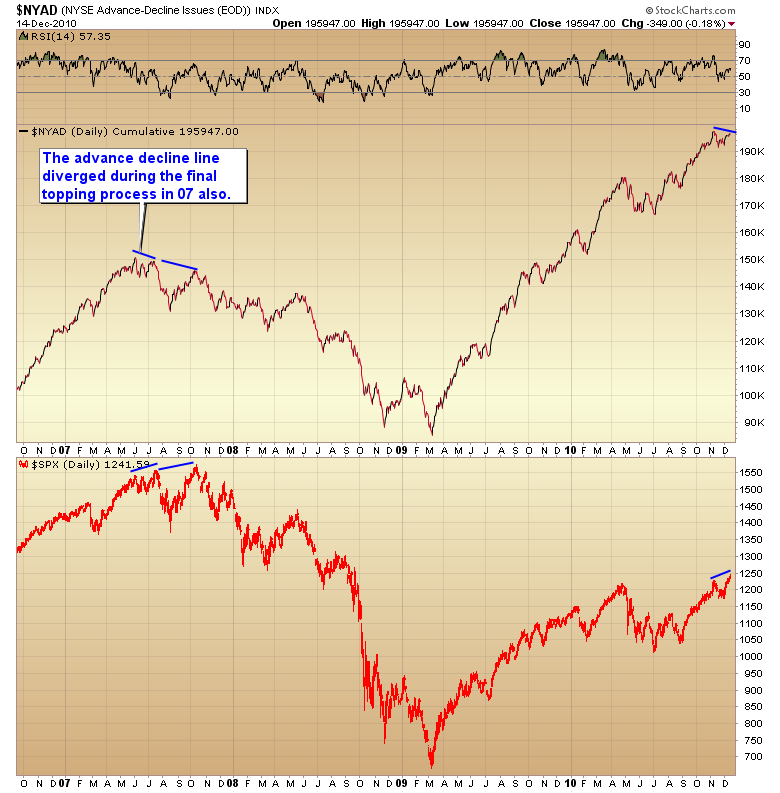 I think that is probably the case here also as I believe we are already in a very large topping pattern.

As you can see on the chart the next four year cycle low is due sometime in 2012. 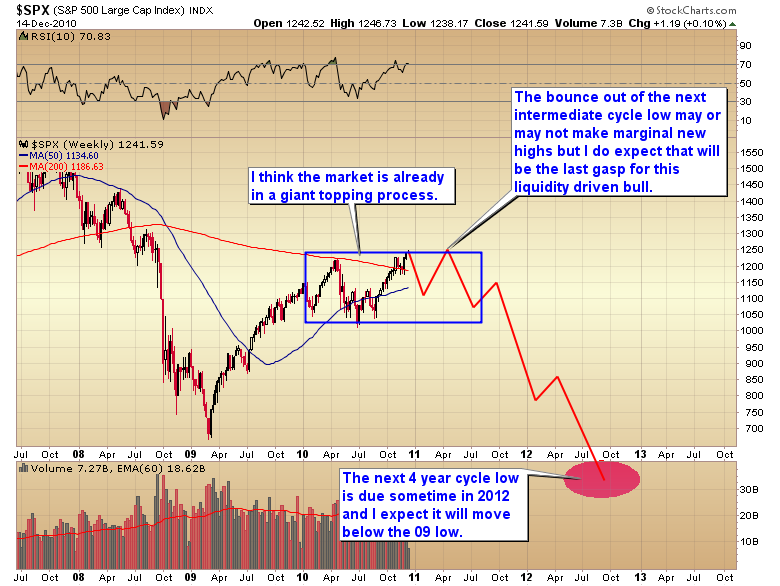 Bernanke has massively increased the monetary response in the attempt to halt the secular bear, and we know how the last attempt to control the market turned out (we got the second worst recession since the Great Depression and the second worst bear market in history). I fully expect the next leg down in the secular bear to be even worse that the last one. Not only in the stock market, but also in the economy.
Greenspan already proved that you can’t meddle in the markets without eventually causing bad things to happen. Unfortunately Bernanke doesn’t seem capable of learning that lesson and has now made the same mistake again only on a much larger scale. I’m confident it will only lead to a much larger collapse in the end.
We will almost certainly dip below the `09 lows at the next 4 year cycle low, probably in nominal terms and certainly in inflation adjusted terms.
Once the impending intermediate degree correction runs it’s course we will get what I believe will be the last rally in this cyclical bull market. That rally may or may not make marginal new highs before rolling over into the next leg down in the ongoing secular bear market.
I expect by this time Bernanke’s insane monetary policy will have spiked inflation high enough to collapse the economy again and the global stock markets will begin the trip down into another devastating bear market.
In 2012 they won’t be calling it a Great Recession they will be labeling it by it’s true name; The next Great Depression!