In my last article I warned traders that markets, especially gold, were at risk of a profit-taking event. This was due to the fact that the dollar had found an intermediate bottom and begun a counter trend rally.

I think the second stage of that rally is probably beginning today. I’m looking for the dollar index to test the downward sloping 200 day moving average before rolling over and continuing the secular trend. 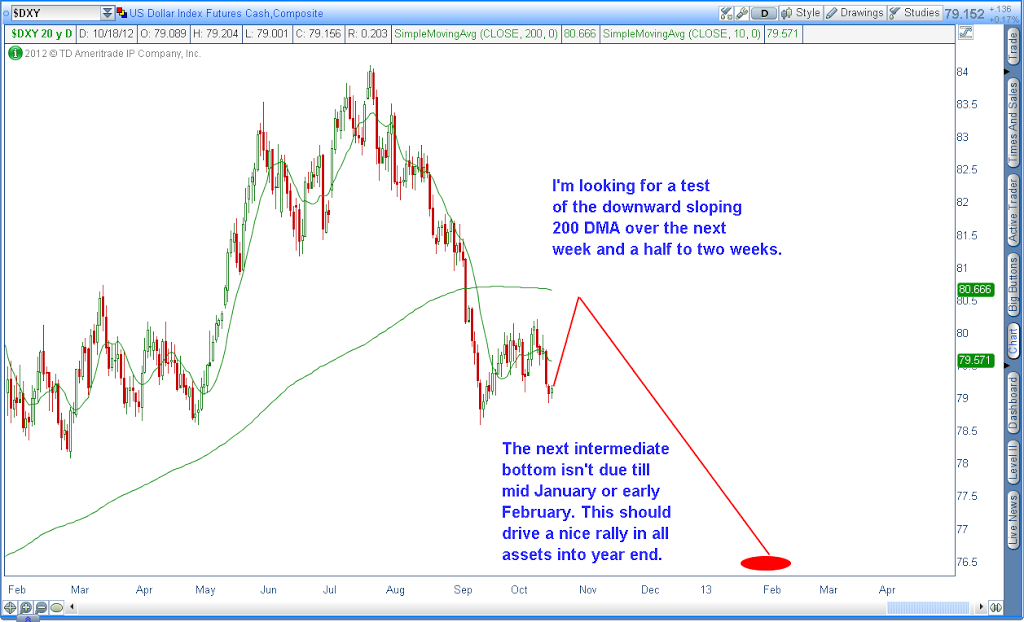 This should drive gold down into a final intermediate degree bottom. My best guess is that we will see a rather mild intermediate decline, probably only testing be 38% Fibonacci retracement. 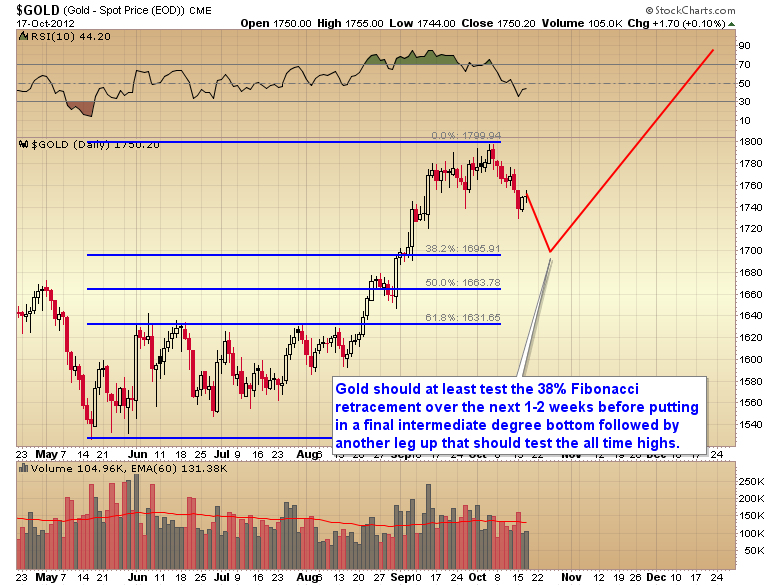 Since gold is already on day 15 of its daily cycle, and that cycle normally lasts 18-28 days, we should get a final bottom sometime in the middle to latter part of next week.

If one were trying to time the exact bottom you could either buy when gold tags $1694 (the 38% Fibonacci retracement level), or when the dollar index tags the 200 day moving average. Either one of those events should be close enough to the bottom where any further drawdown isn’t going to be very significant or last more than two or three days.

I expected the next intermediate cycle to be every bit as violent as the last one, and gold should make its first test of the all-time highs at or slightly above $1900 sometime before the end of the year.

Because of the extreme undervaluation levels that were reached as the CRB put in its three year cycle low, mining stocks should be the big winners again during this next intermediate cycle.

Just as I was expecting the HUI exploded out of that July bottom racking up a 38% gain in a little over two months. I think we will see something very similar during the next intermediate cycle and miners will test the all-time highs before the end of the year. 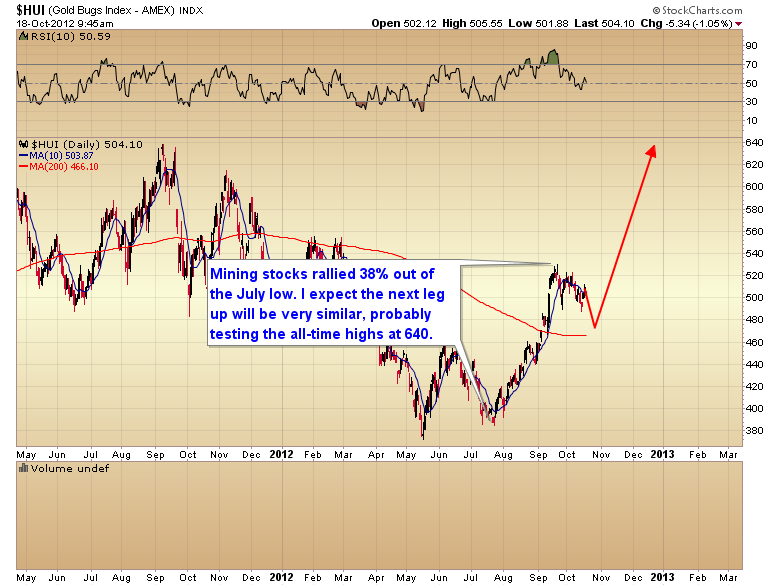 The last C-wave that ran from the spring of 2009 till it topped in September 2011 was the C–wave of silver. Silver vastly outperformed all other areas in the precious metals group. This C-wave is going to be the C-wave of the miners. It’s already started with an initial 38% rally, and I expect by the time this C-wave tops in mid to late 2014 we will have witnessed a 300% to 500% gain in the mining indexes.

Sometime next week traders will get their opportunity to jump on board what will almost certainly be an amazing ride over the next year and a half to two years.